There's something in the Western psyche, especially the Western liberal, pluralistic psyche, that finds it impossible to believe that radical ideologues mean what they say. We didn't believe communists or fascists, and in the early days we found it impossible to believe the Khomeinists. Yet these are people who do believe what they say. Attempts to moderate their behavior invariably fail; these are exercises in our heads. We need a policy of strong opposition to the fundamentalists and of strong support for those Muslims who stand up to them. 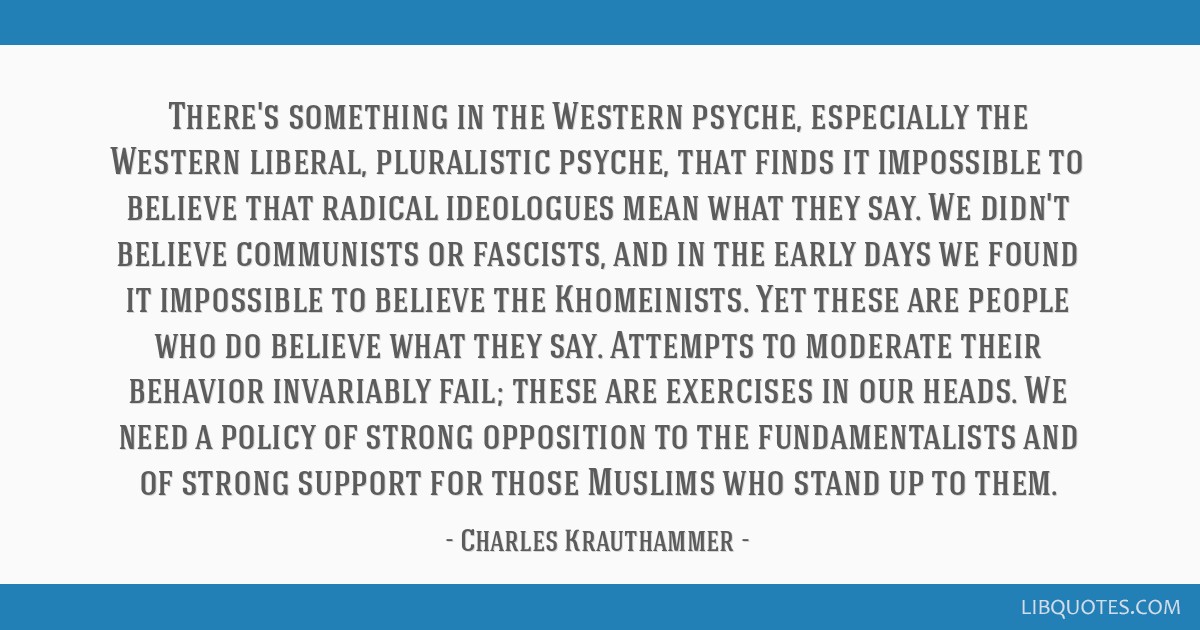 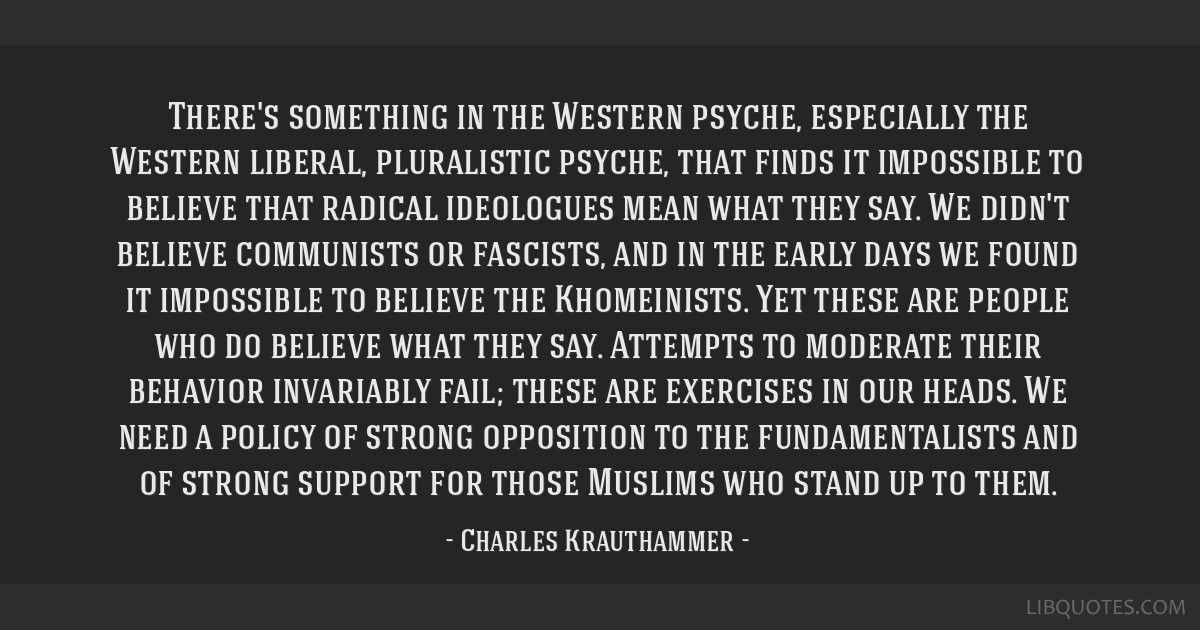 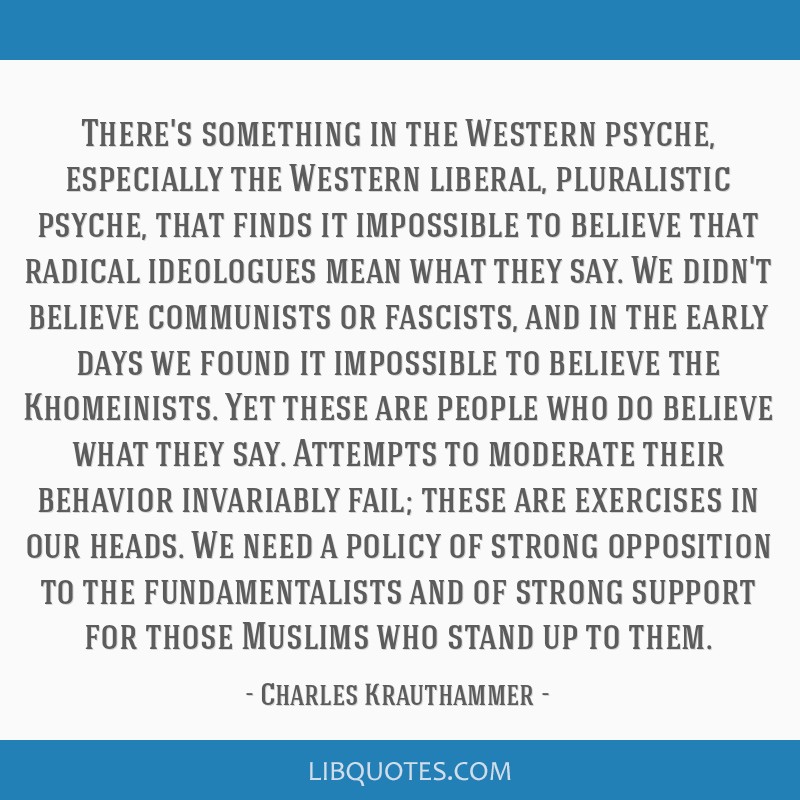 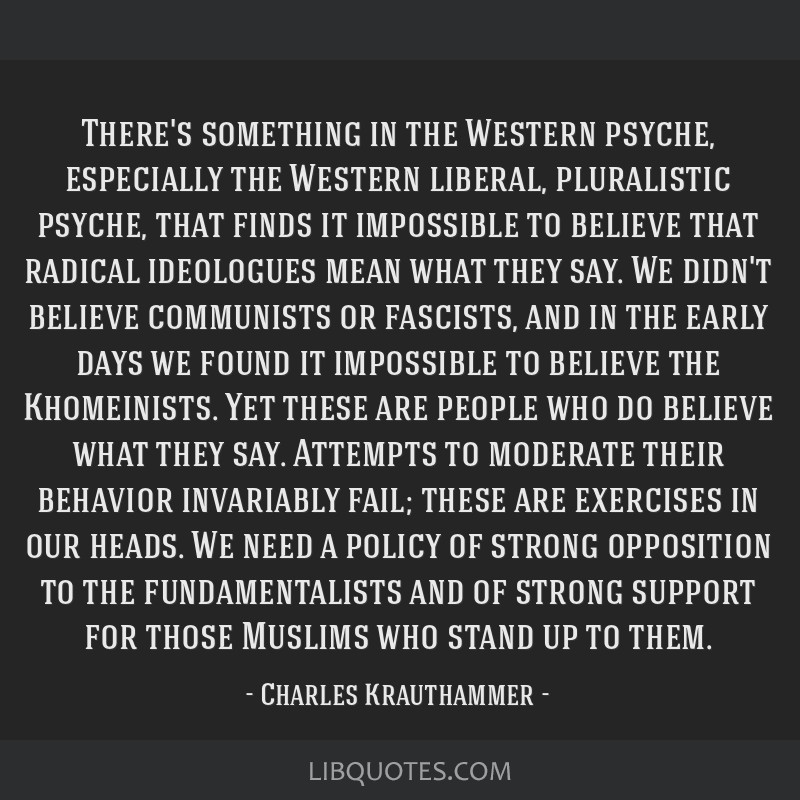