It doesn't take a genius to see what happens when the entitlement state outgrows the economy upon which it rests. The time of Greece, Cyprus, Portugal, Spain, the rest of insolvent social-democratic Europe – and now Detroit – is the time for conservatives to raise the banner of Stein's Law and yell, 'Stop.' You can kick the can down the road, but at some point it disappears over a cliff.

Column, July 26, 2013, "Detroit Ran Into The Inviolable Rule Of Economics" at jewishworldreview.com. 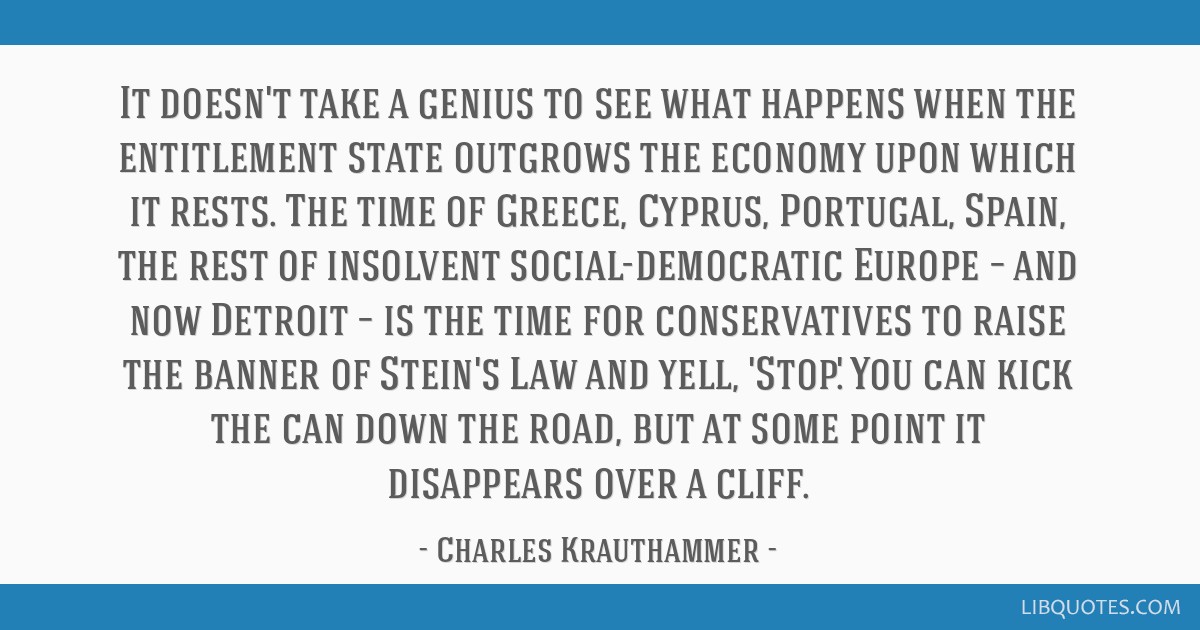 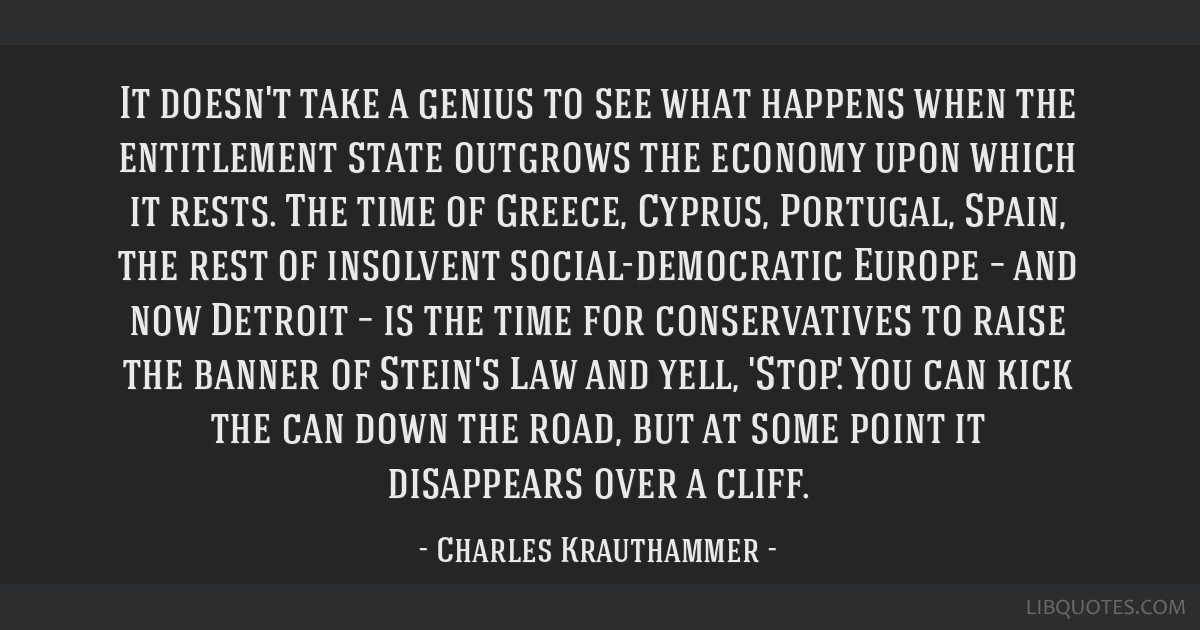 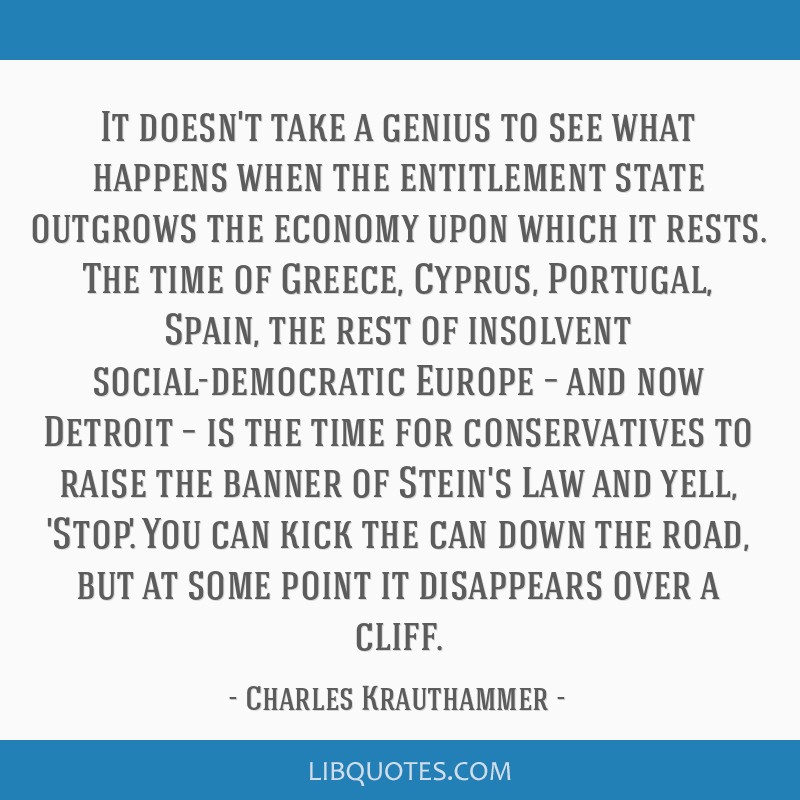 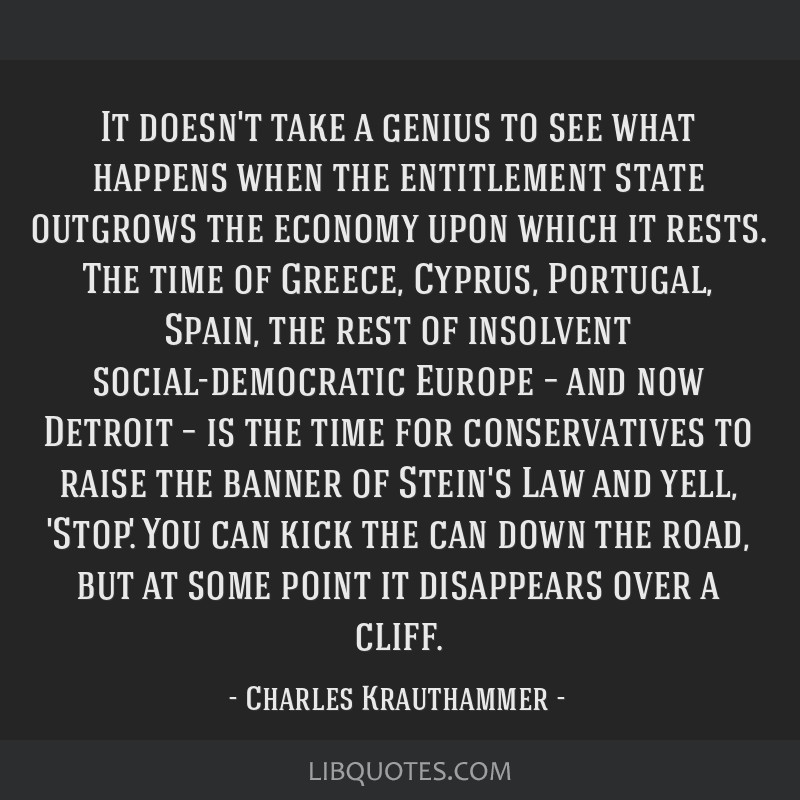