Be it so. This burning of widows is your custom; prepare the funeral pile. But my nation has also a custom. When men burn women alive we hang them, and confiscate all their property. My carpenters shall therefore erect gibbets on which to hang all concerned when the widow is consumed. Let us all act according to national customs.

Charles James Napier
The best way to quiet a country is a good thrashing, followed by great kindness afterwards. Even the wildest chaps are thus tamed.

Charles James Napier
The human mind is never better disposed to gratitude and attachment than when softened by fear. 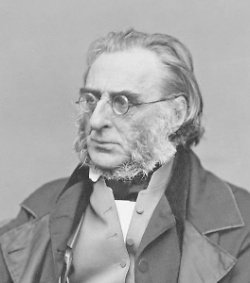 Creative Commons
Born: August 10, 1782
Died: August 29, 1853 (aged 71)
Bio: General Sir Charles James Napier was a general of the British Empire and the British Army's Commander-in-Chief in India, notable for conquering Sindh in what is now Pakistan.
Known for: