If worms have the power of acquiring some notion, however rude, of the shape of an object and over their burrows, as seems the case, they deserve to be called intelligent; for they act in nearly the same manner as would man under similar circumstances.

The Formation of Vegetable Mould: Through the Action of Worms, with Observations on Their Habits (ed. 1862) 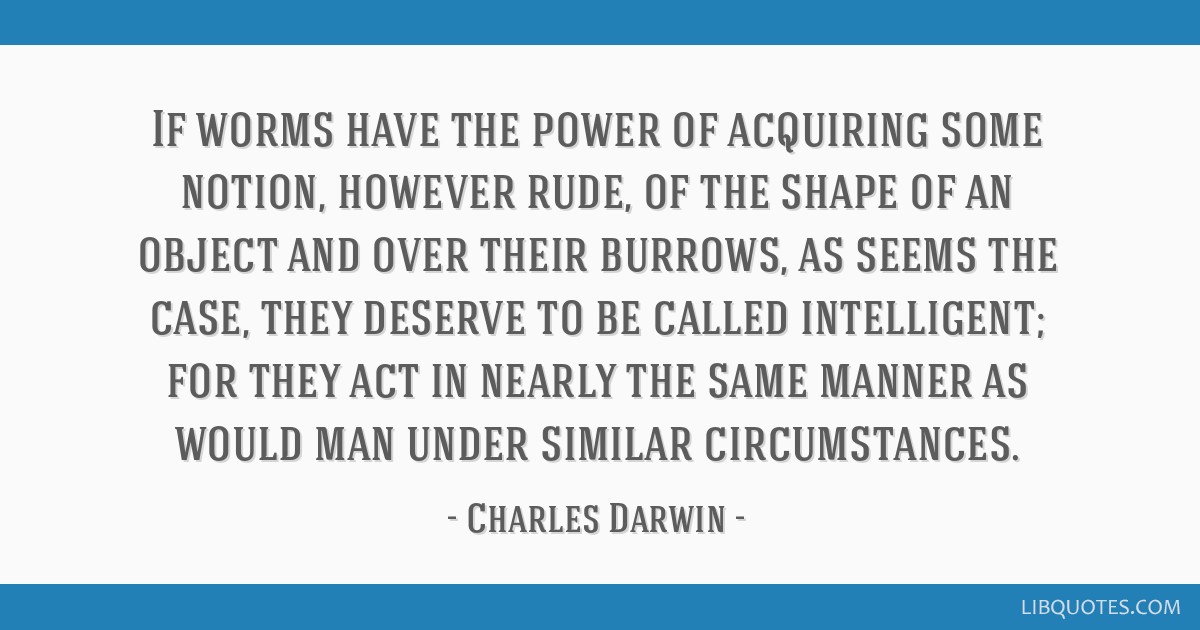 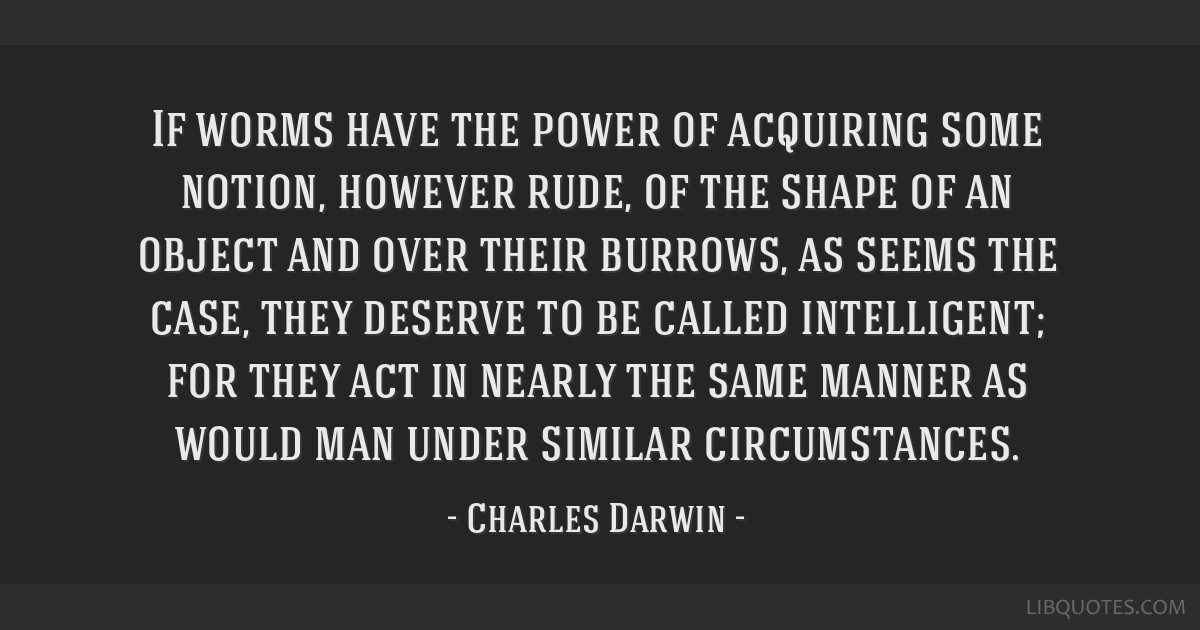 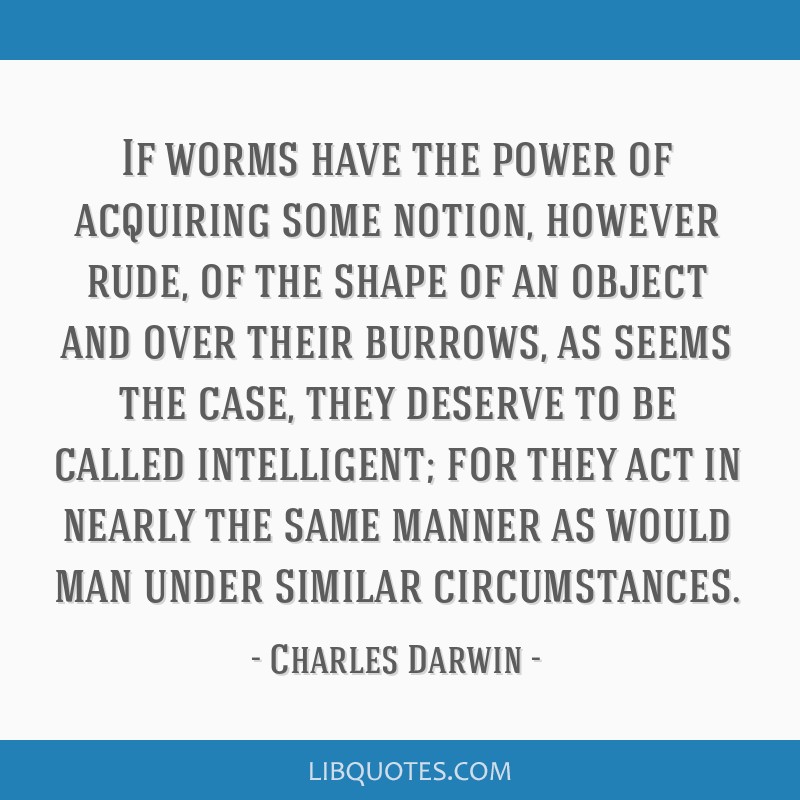 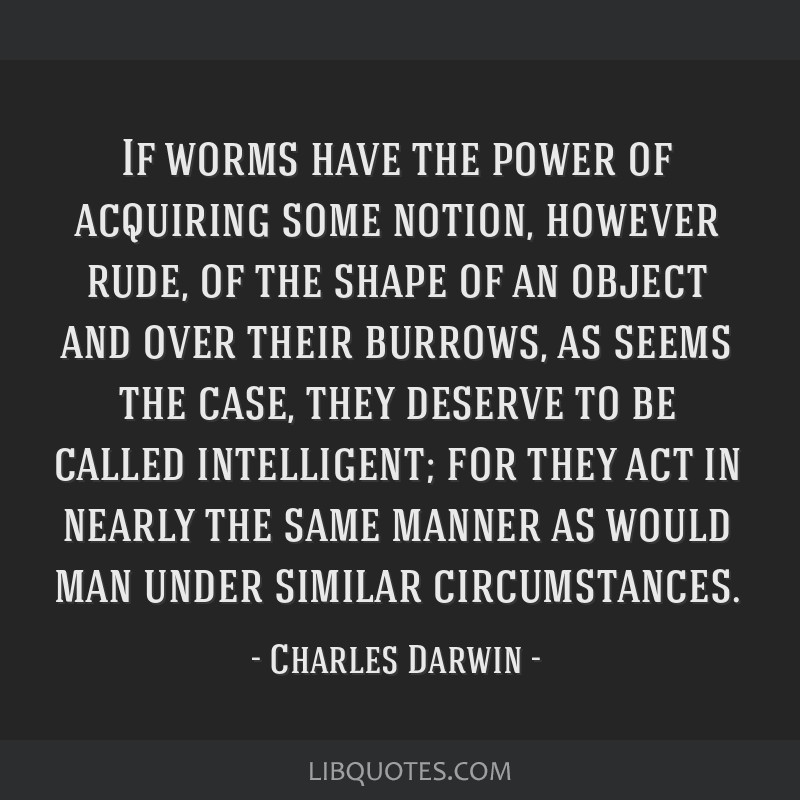 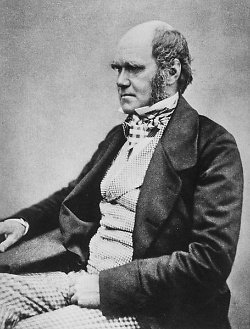