The distinctive thing in the idea for which the pronouns of the first person are names is apparently a characteristic kind of feeliing which may be called the my-feeling or sense of appropriation. Almost any sort of ideas may be associated with this feeling, and so come to be named "I" or "mine," but the feeling, and that alone it would seem, is the determining factor in the matter. As Professor James says in his admirable discussion of the self, the words "me" and "self" designate "all the things which have the power to produce in a stream of consciousness excitement of a certain peculiar sort." 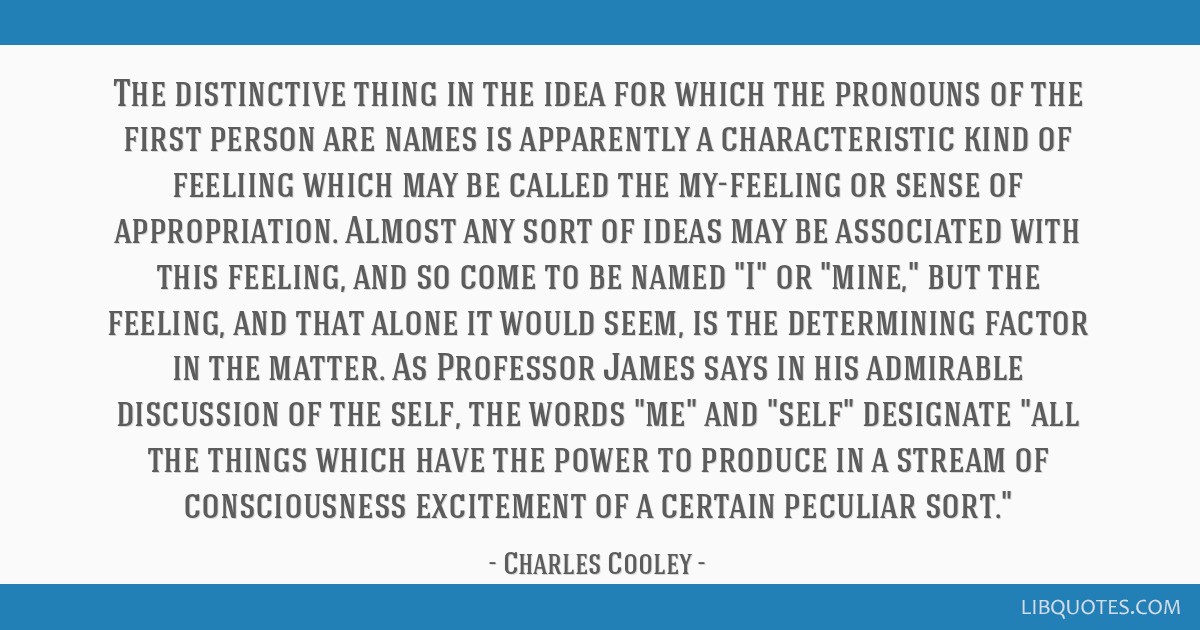 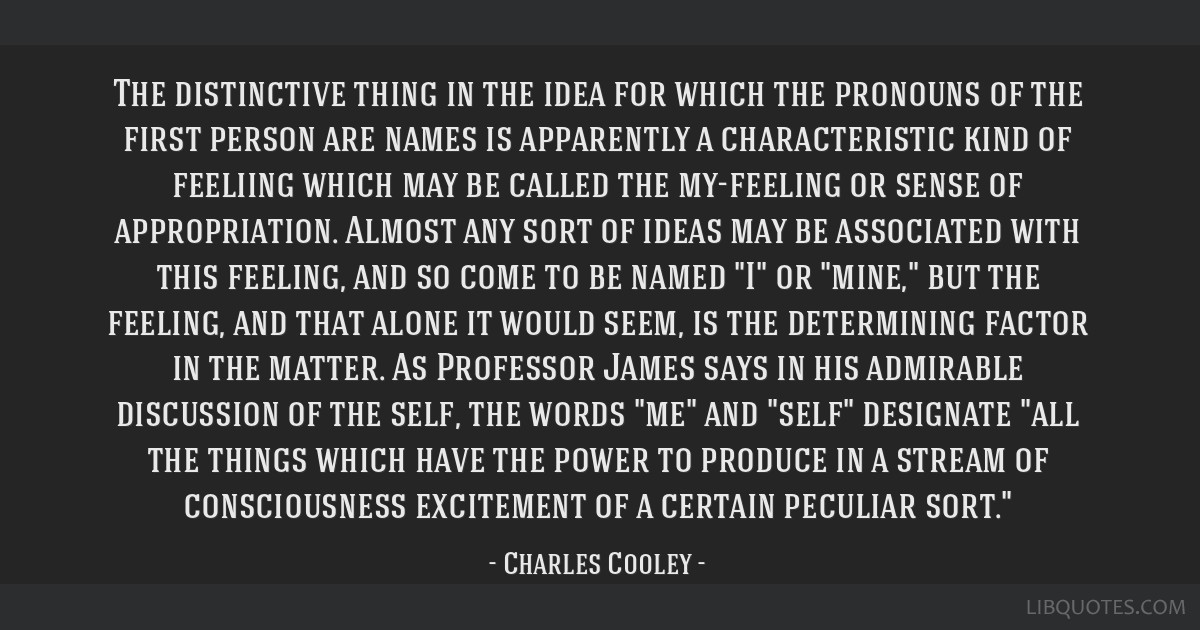 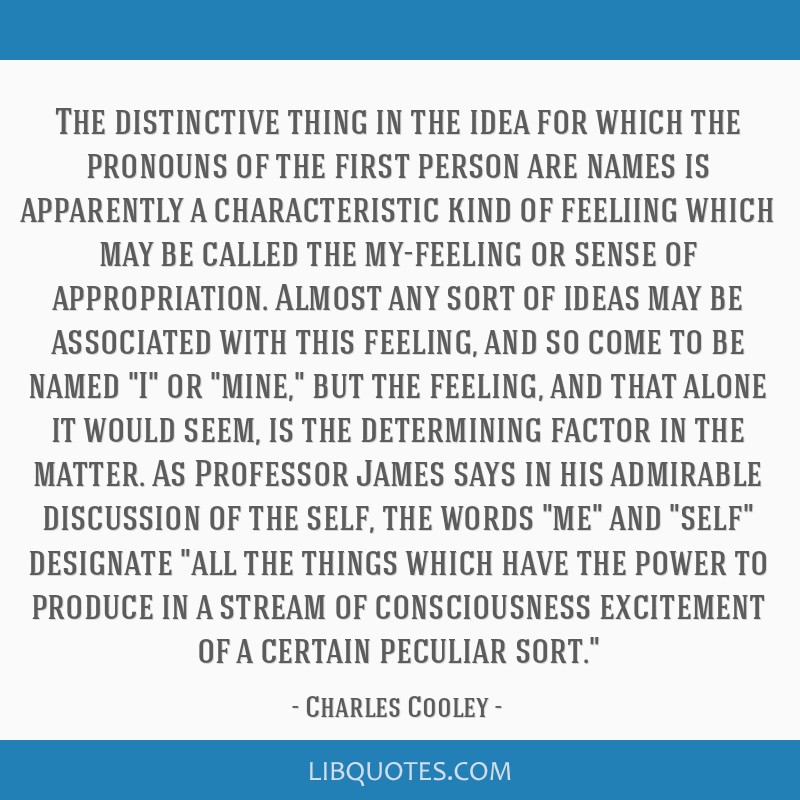 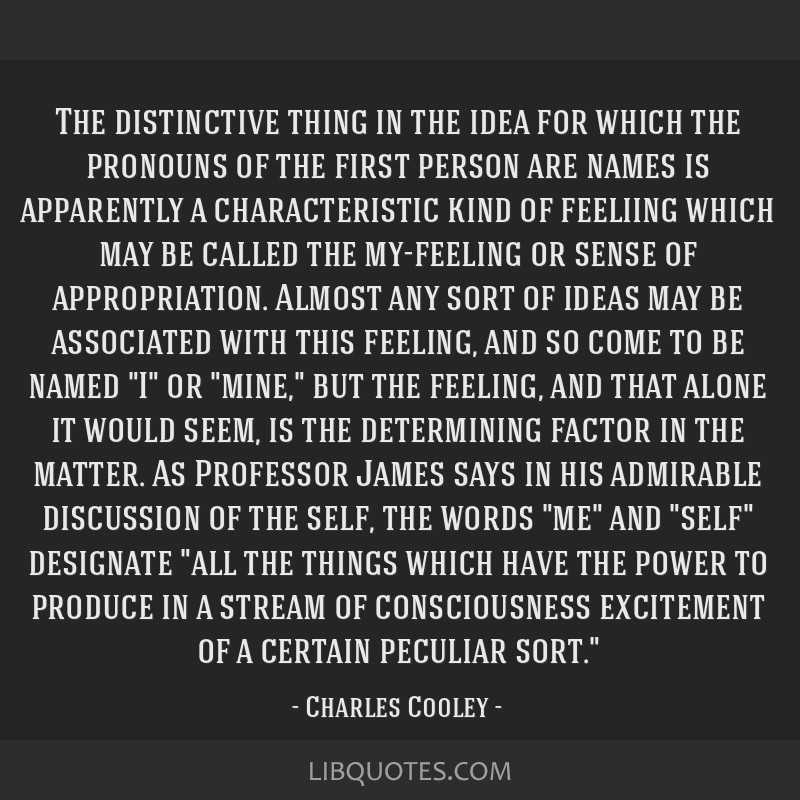 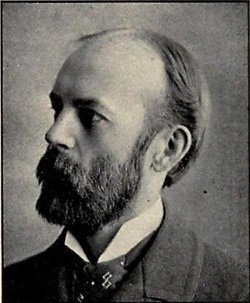