All the poets are indebted more or less to those who have gone before them; even Homer's originality has been questioned, and Virgil owes almost as much to Theocritus, in his Pastorals, as to Homer, in his Heroics; and if our own countryman, Milton, has soared above both Homer and Virgil, it is because he has stolen some feathers from their wings.

Remarks on the Talents of Lord Byron and the Tendencies of Don Juan (ed. 1823) 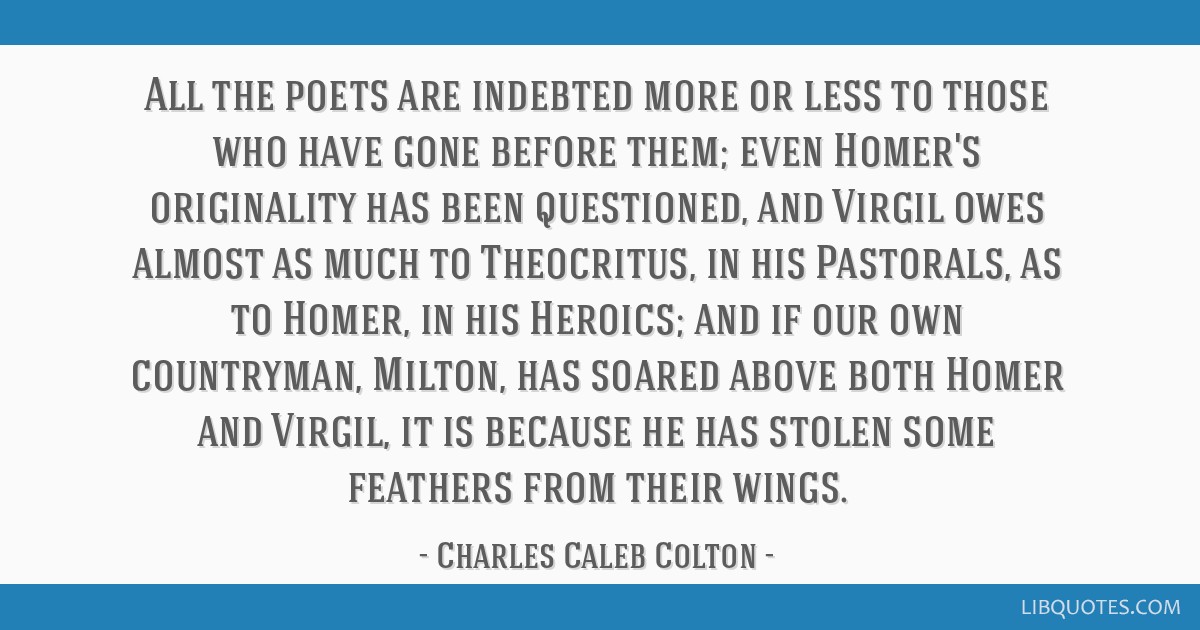 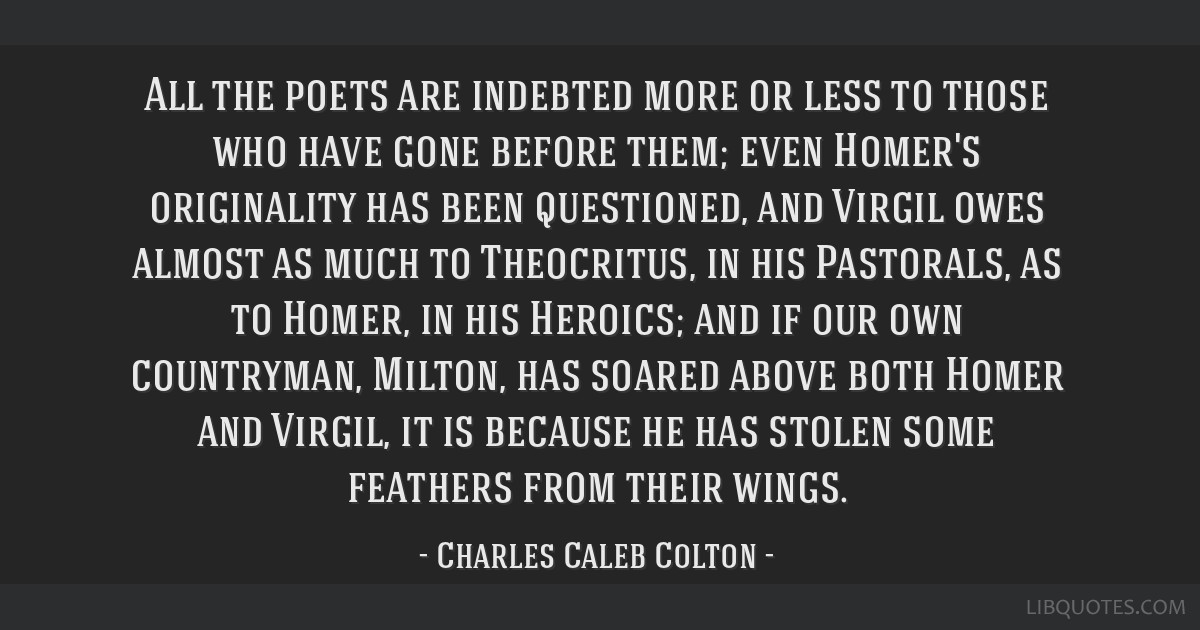 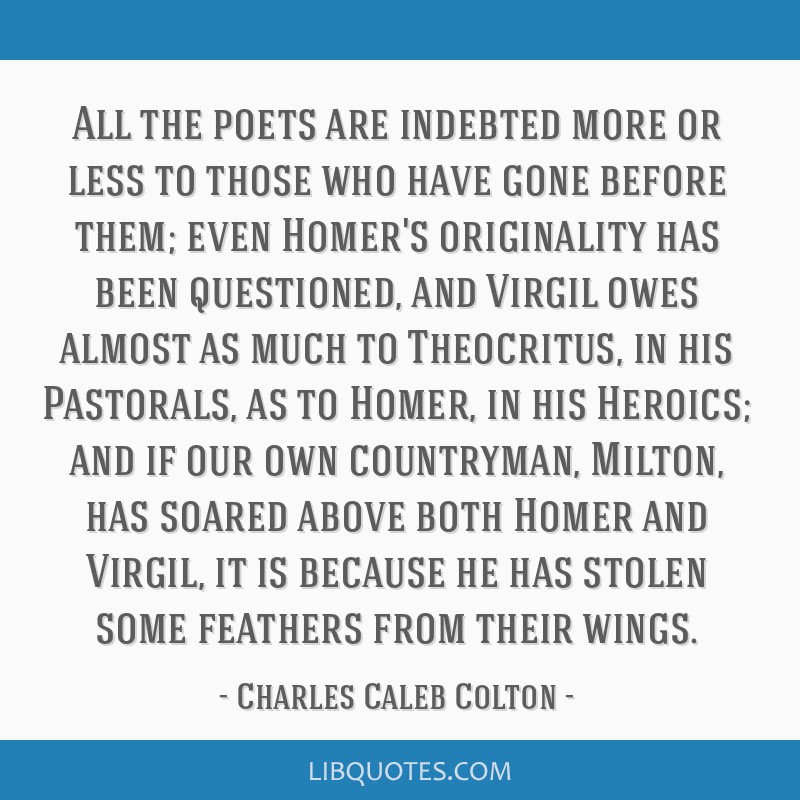 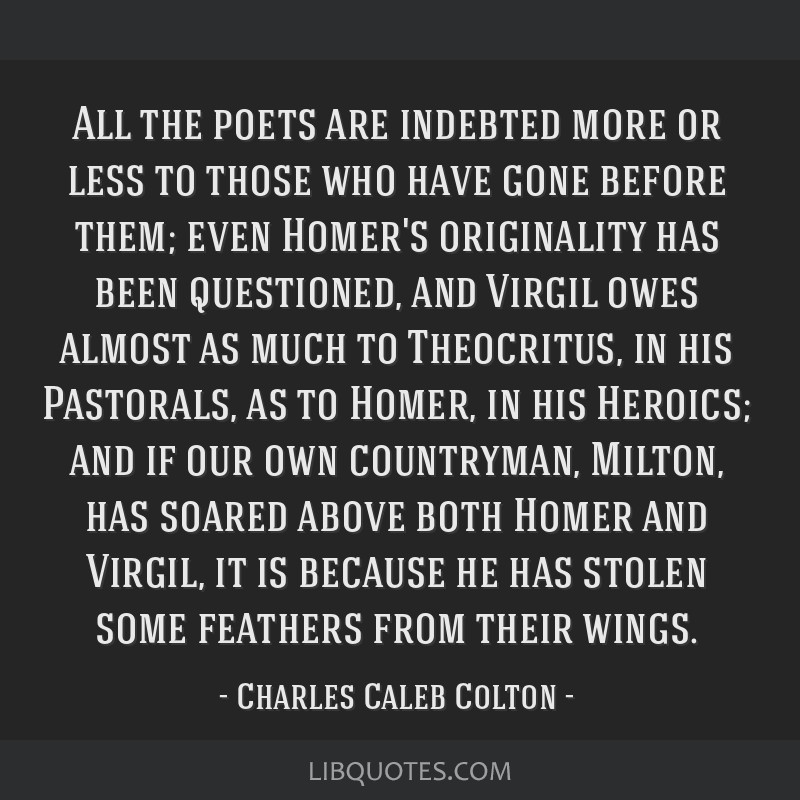