The true value of the Christian religion rests, not upon speculative views of the Creator, which must necessarily be different in each individual, according to the extent of the knowledge of the finite being, who employs his own feeble powers in contemplating the infinite : but it rests upon those doctrines of kindness and benevolence which that religion claims and enforces, not merely in favour of man himself but of every creature susceptible of pain or of happiness. 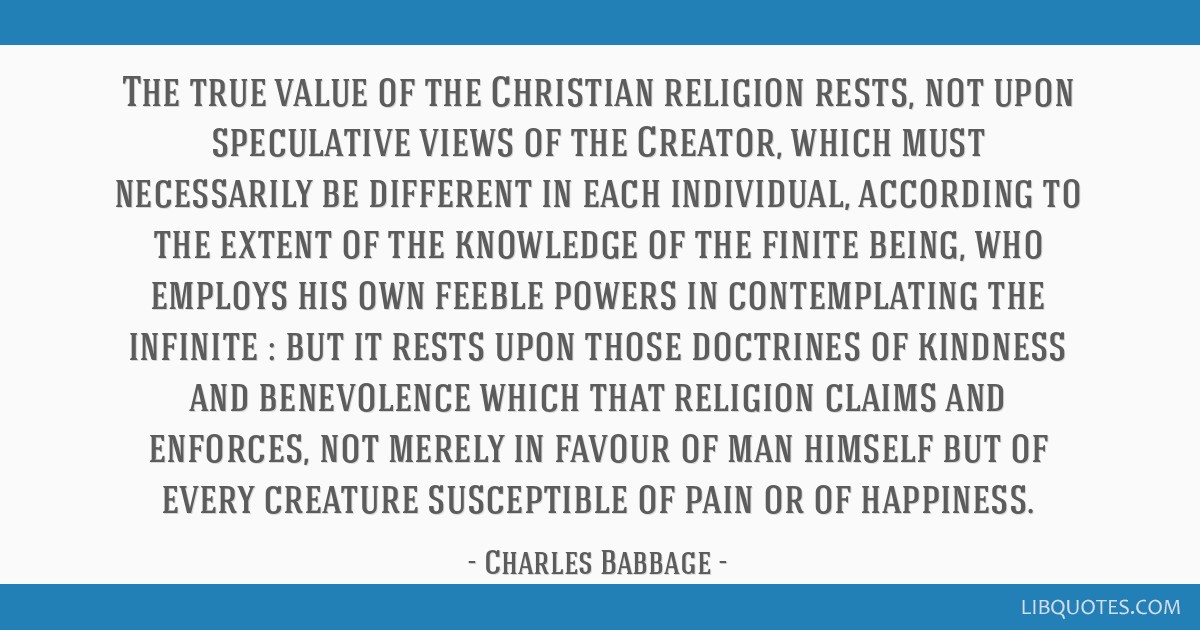 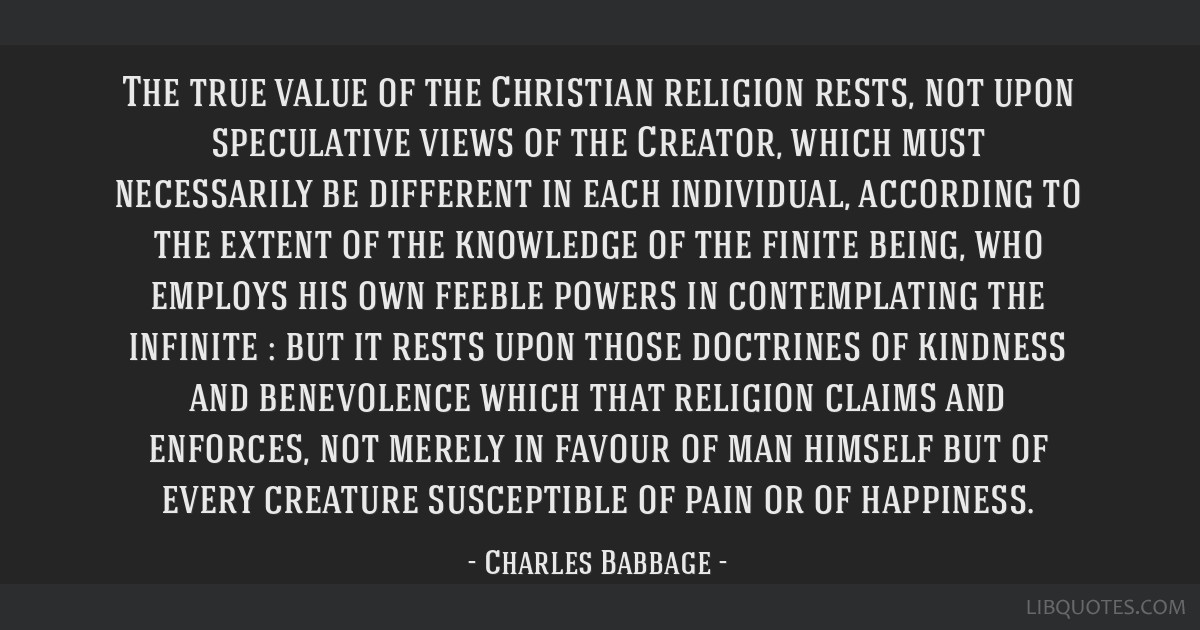 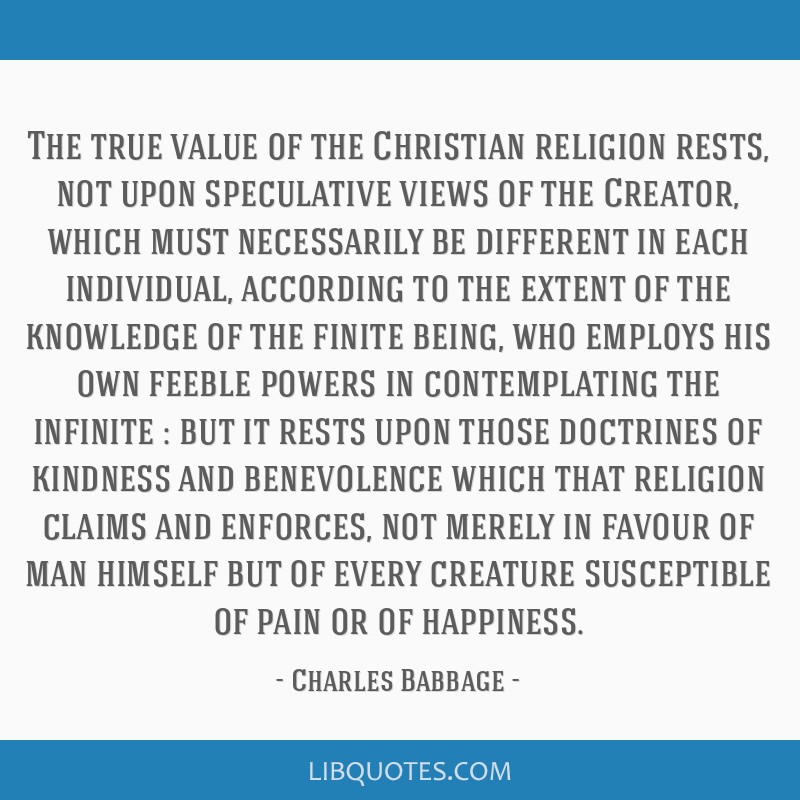 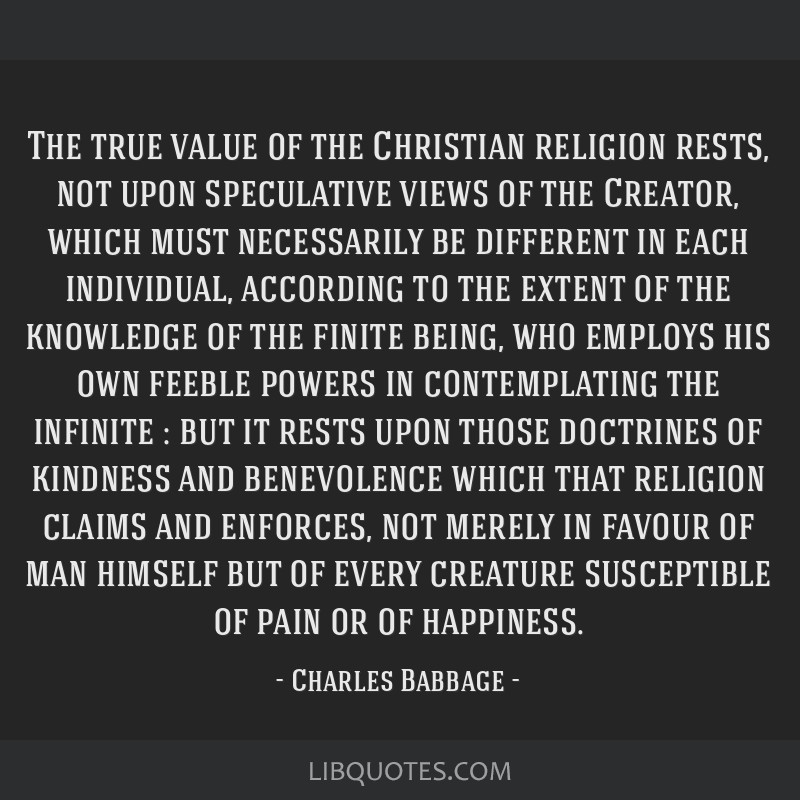 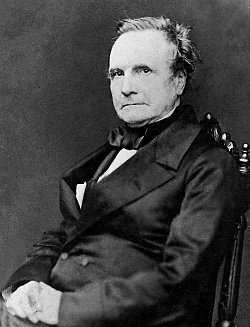