It's called Two and a Half Men, Dermot was telling his guest. I understand, Bellenos said. Because the two brothers are grown, and the son isn't. I think so, Dermot said. Don't you think the son is useless? The half? Yes. At home, we'd eat him, Bellenos said. 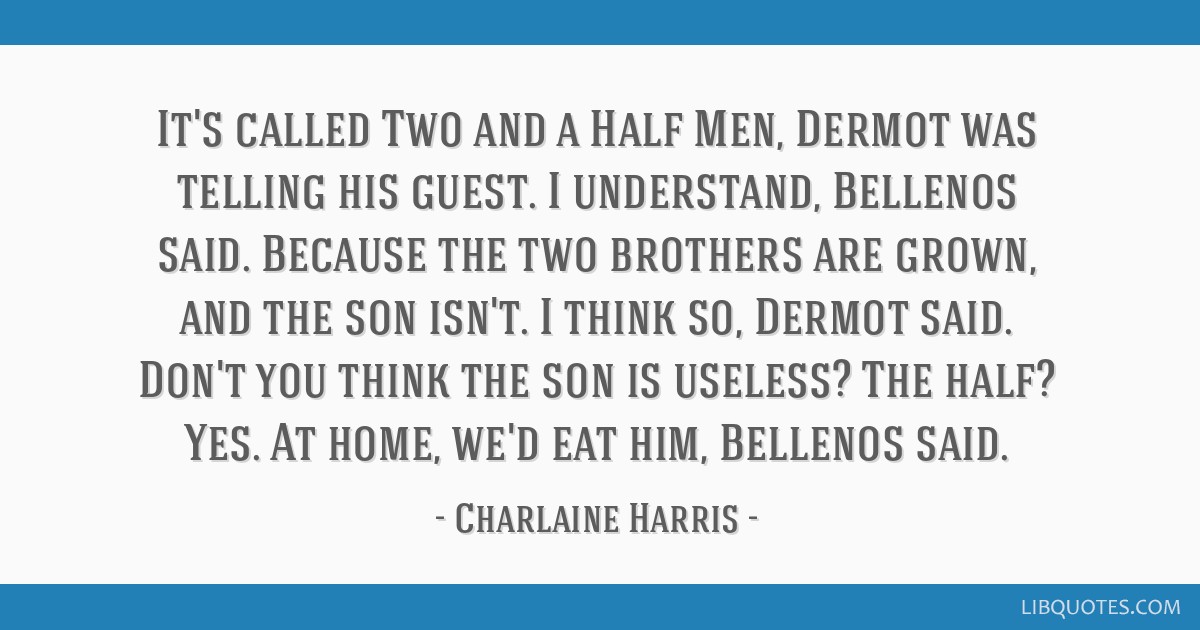 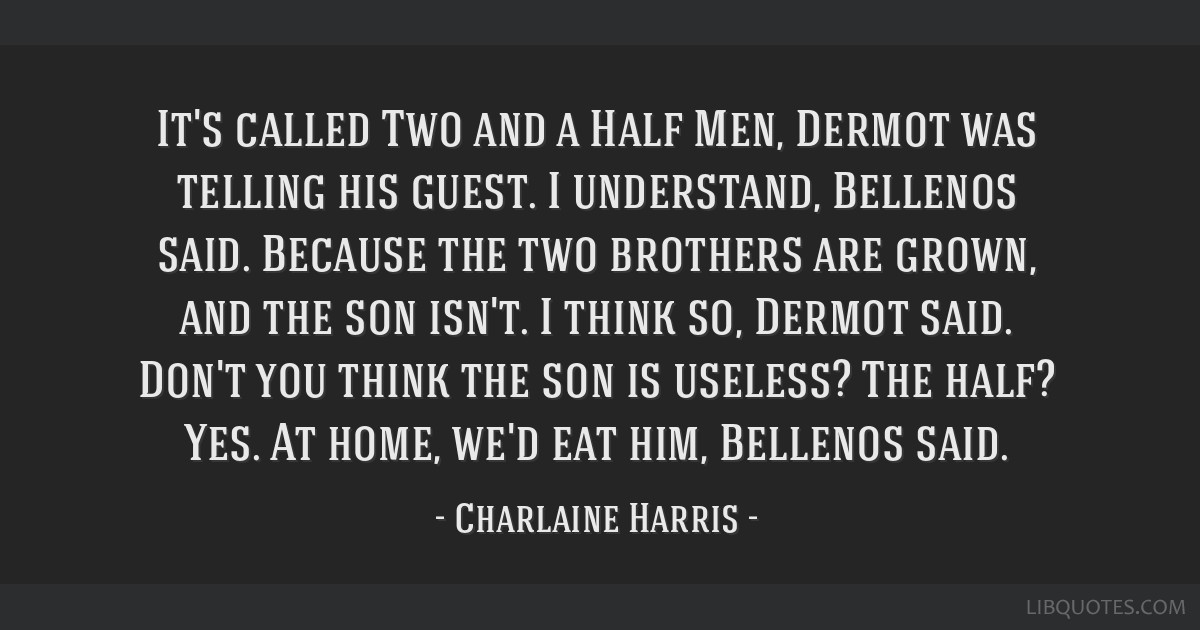 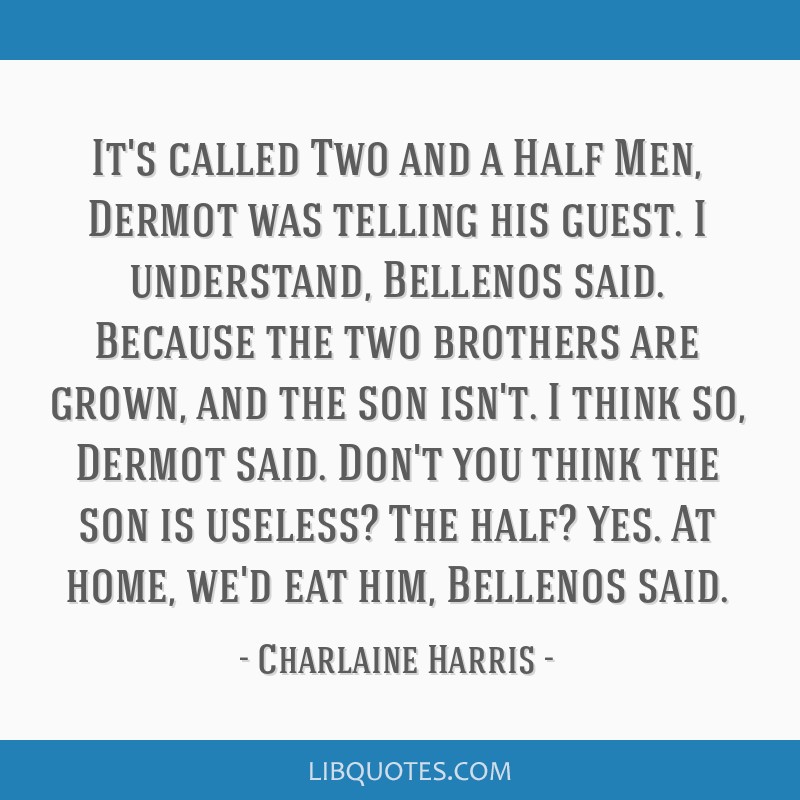 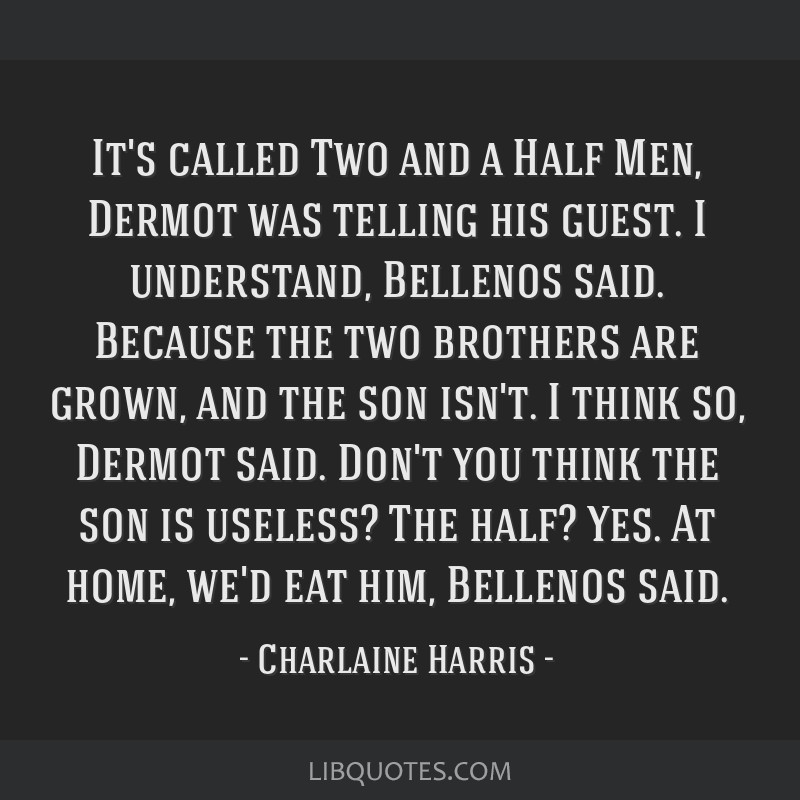 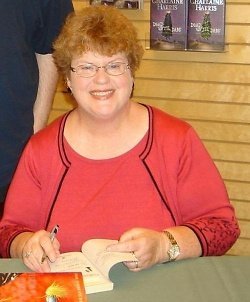