[Danny] laughed once and said, 'That man is such an ignoramus, Father.' I was angry. 'Look into his soul,' I said. 'Stand inside his soul and see the world through his eyes. You will know the pain he feels because of his ignorance, and you will not laugh.' He was bewildered and hurt. The nightmares he began to have.... But he learned to find answers for himself. He suffered and learned to listen to the suffering of others. In the silence between us, he began to hear the world crying.

Reb Saunders to Reuven Malter when talking about when Daniel was younger (p. 286) - The Chosen (1967) 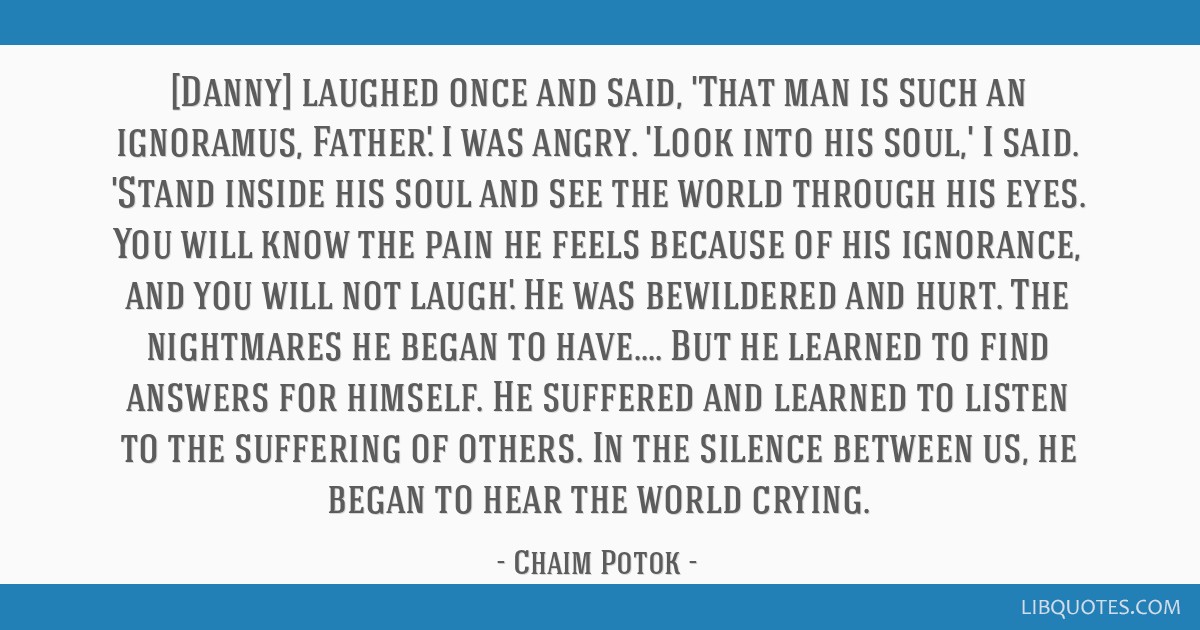 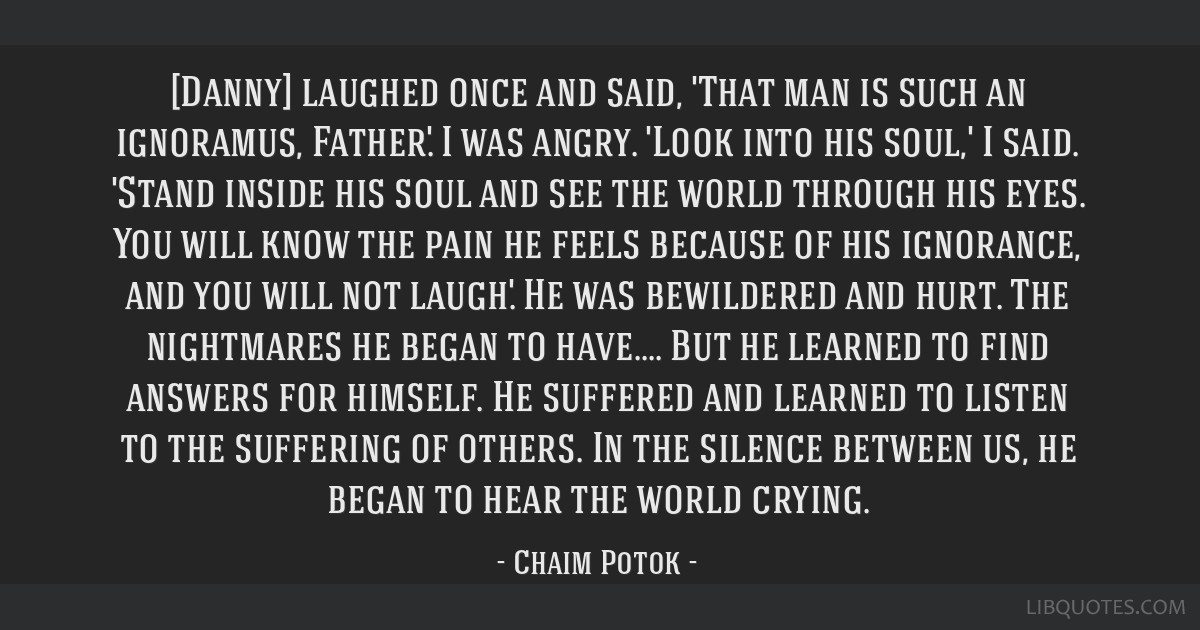 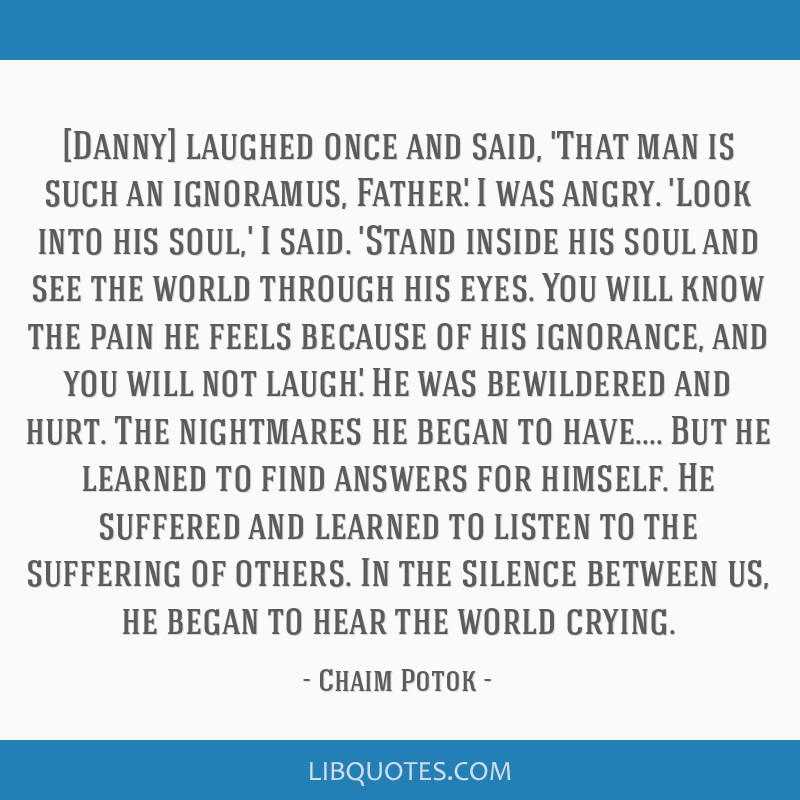 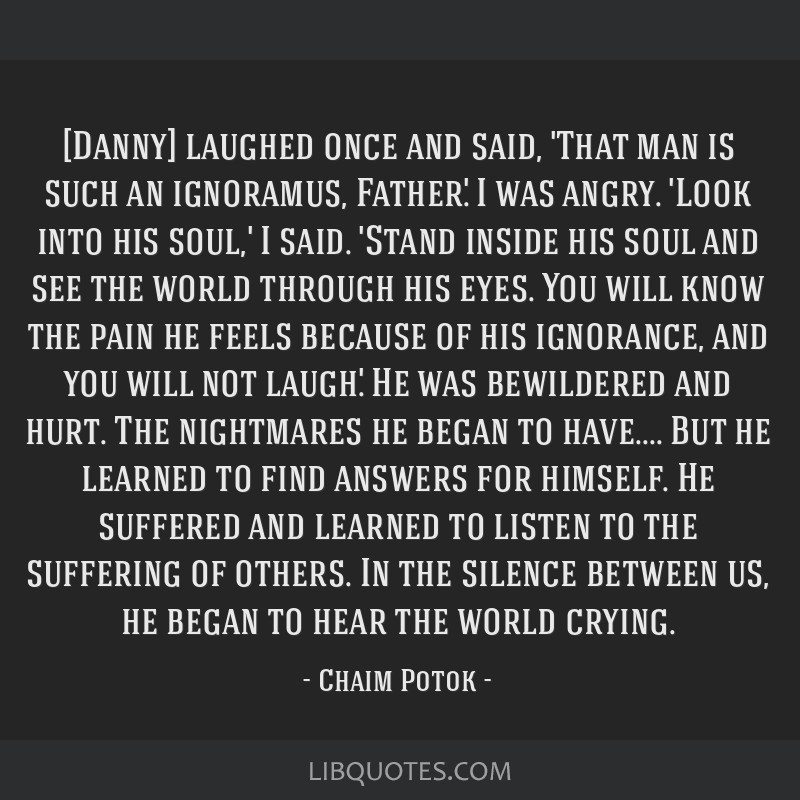