Is it not better to die valiantly, than ignominiously to lose our wretched and dishonored lives after being the sport of others' insolence?

Catiline
Agreement in likes and dislikes—this, and this only, is what constitutes true friendship. 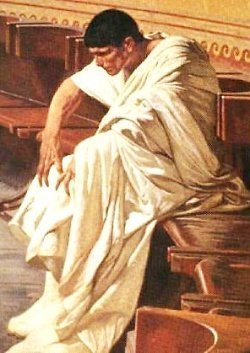 Creative Commons
Born: 108 BC
Died: 62 BC (aged 46)
Bio: Lucius Sergius Catilina, known in English as Catiline, was a Roman Senator of the 1st century BC best known for the second Catilinarian conspiracy, an attempt to overthrow the Roman Republic and, in particular, the power of the aristocratic Senate.