Geoffrey Robertson: You don't think that this man deserves to die?
Yusuf Islam: Who, Salman Rushdie?
Robertson: Yes.
Islam: Yes, yes.
Robertson: And do you have a duty to be his executioner?
Islam: Uh, no, not necessarily, unless we were in an Islamic state and I was ordered by a judge or by the authority to carry out such an act — perhaps, yes. 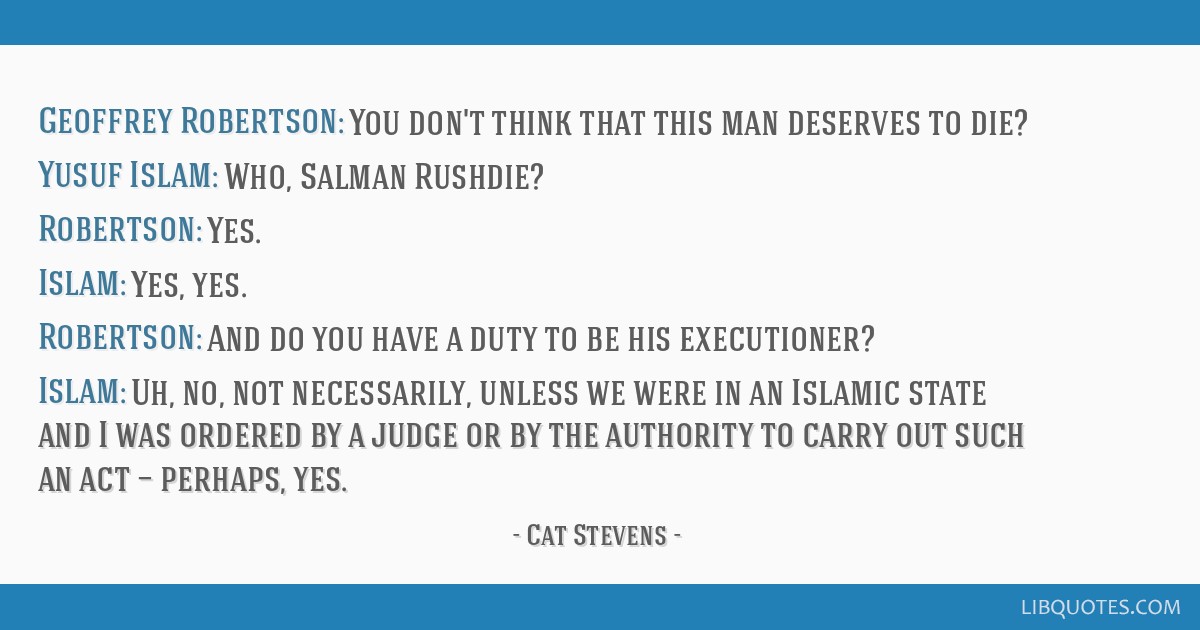 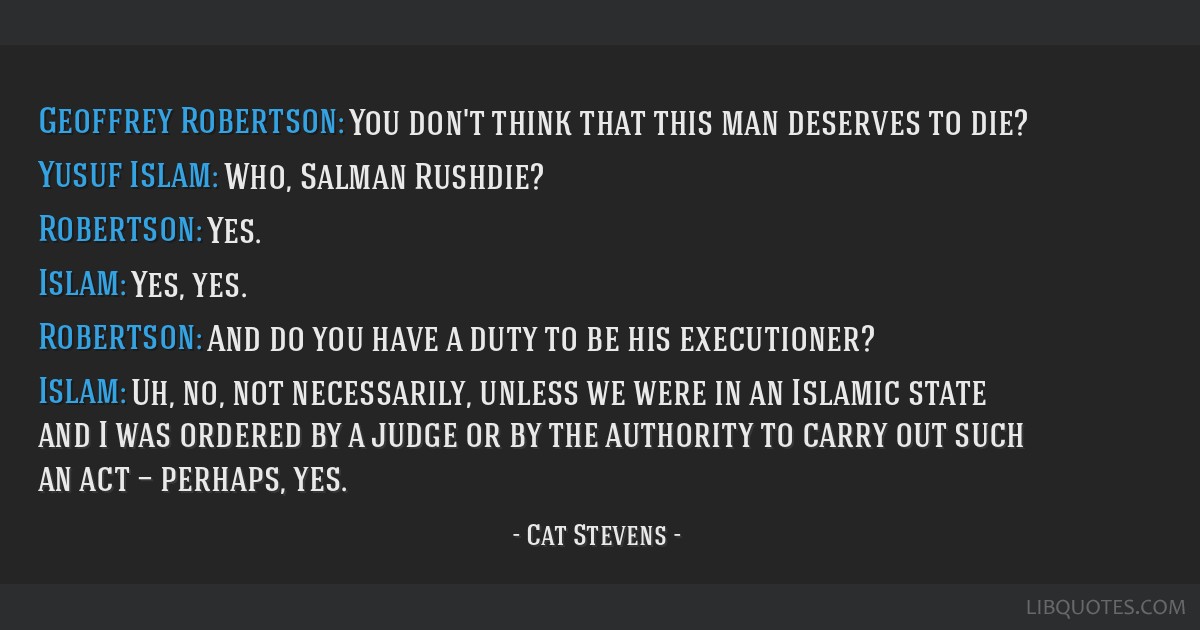 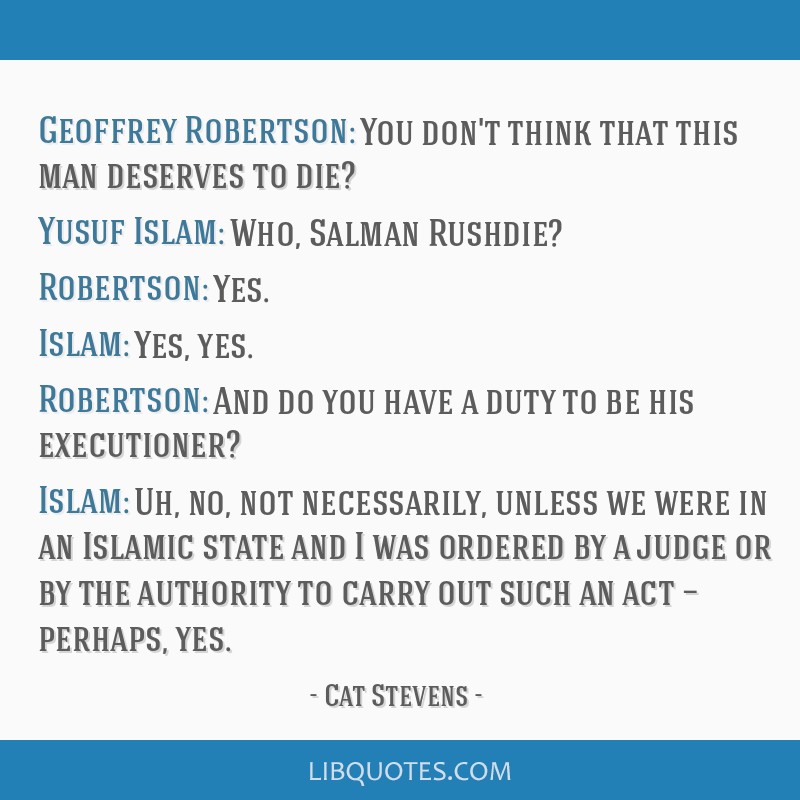 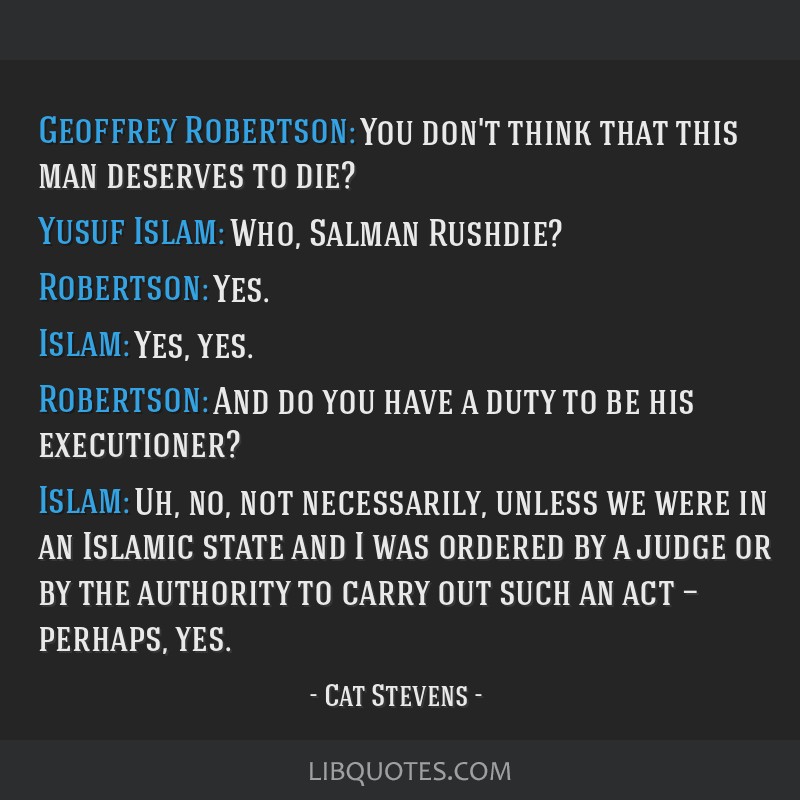 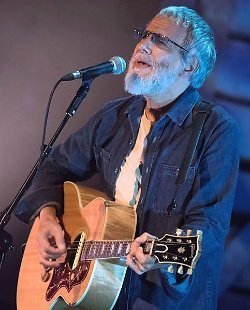