When I was growing up there were few Asians on TV and now I'm one of many and that makes me happy. I see how far we've come, which is amazing. But diversity is still an issue and we have to continue to grow the message.

Carrie Ann Inaba
We saw that amazing documentary 'Forks Over Knives' and that cleared everything up for us. Every Sunday we're going to the farmers market now, getting our fresh fruits and veggies. It's just two weeks, but we feel much better. I love animals. I don't want to eat them. 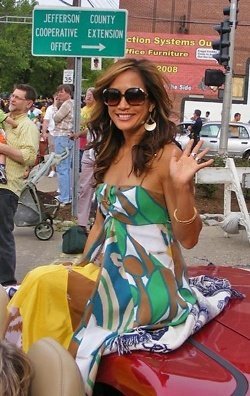