A science that observes the laws of causation, and so is value-free, threatens human freedom and man's religious, ethical, and legal responsibility. The philosophy of values raised to that challenge, in the sense that it opposed a sphere of values, as a realm of ideal valuations, to a sphere of being that was only causally understood. It was an attempt to assert the human being as a free, responsible creature, indeed not in itself, but at least, in its valuation, what one called value. That attempt was put forth as a positivistic substitute for the metaphysical. 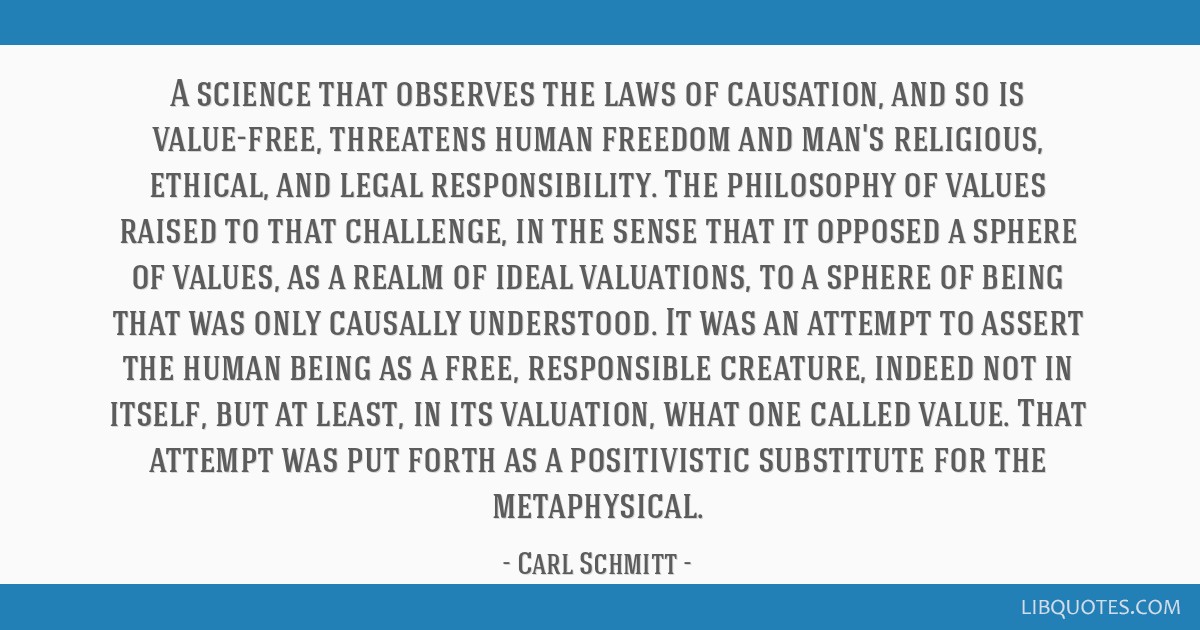 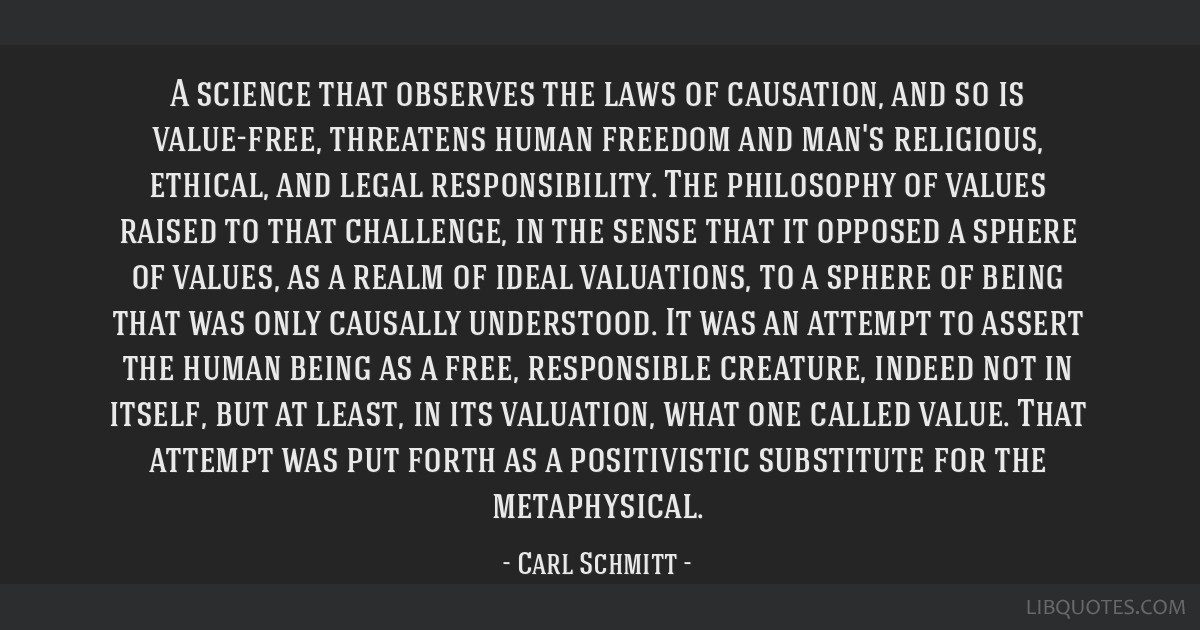 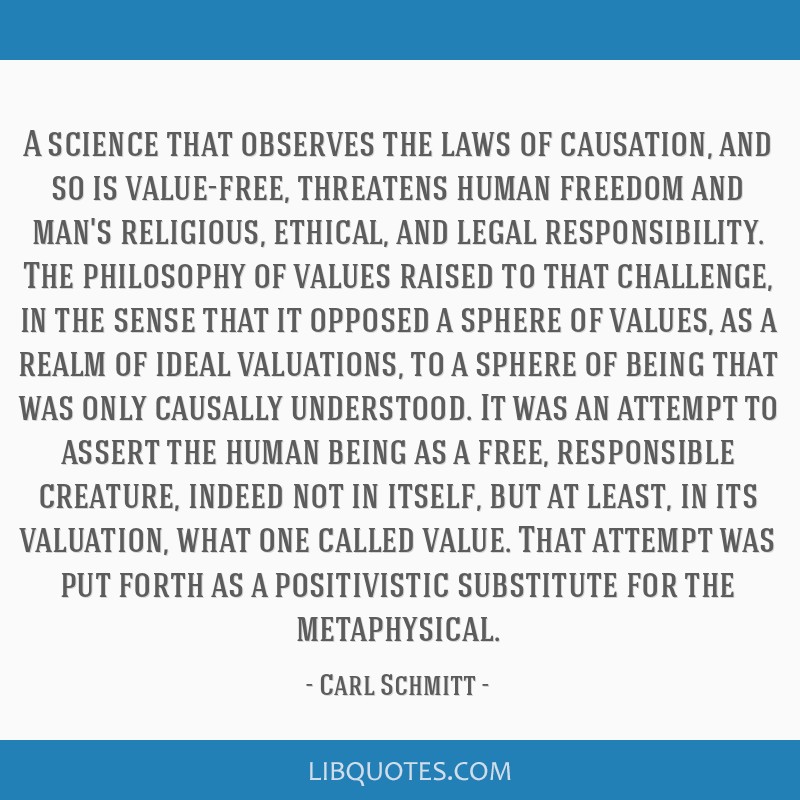 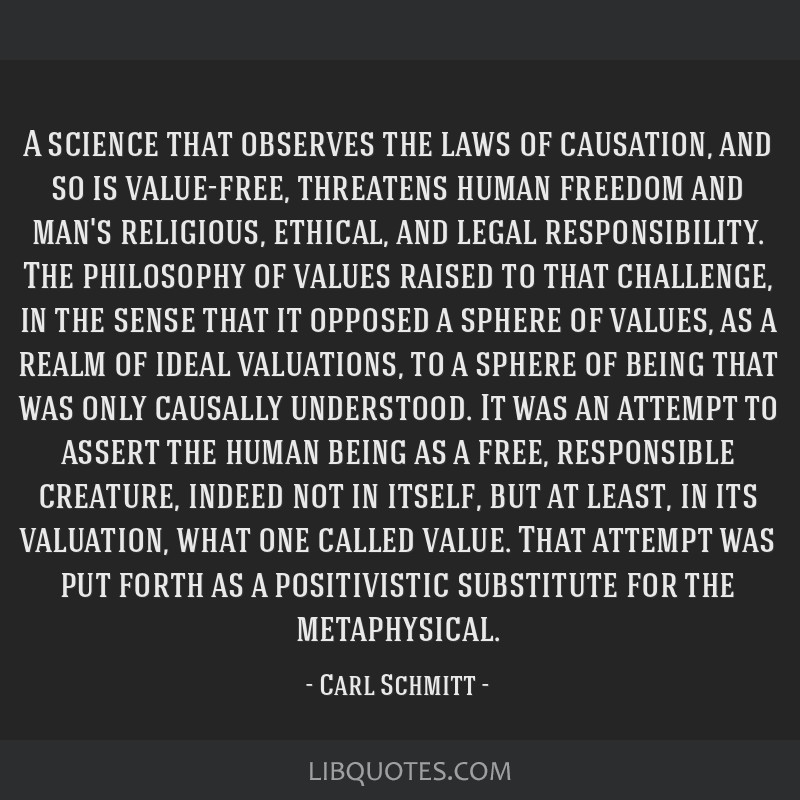