The inevitable lack of objectivity in political decisions, which is only the reflex to suppress the politically inherent friend-enemy antithesis, manifests itself in the regrettable forms and aspects of the scramble for office and the politics of patronage. The demand for depoliticalization which arises in this context means only the rejection of party politics, etc. The equation politics = party politics is possible whenever antagonisms among domestic political parties succeed in weakening the all-embracing political unit, the state. 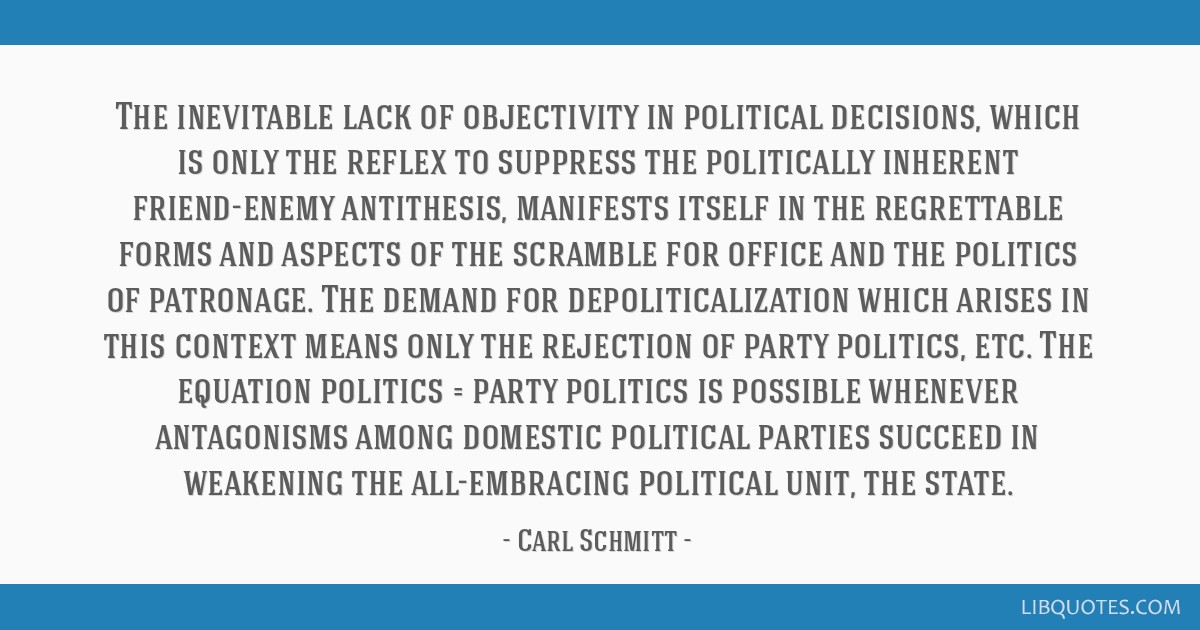 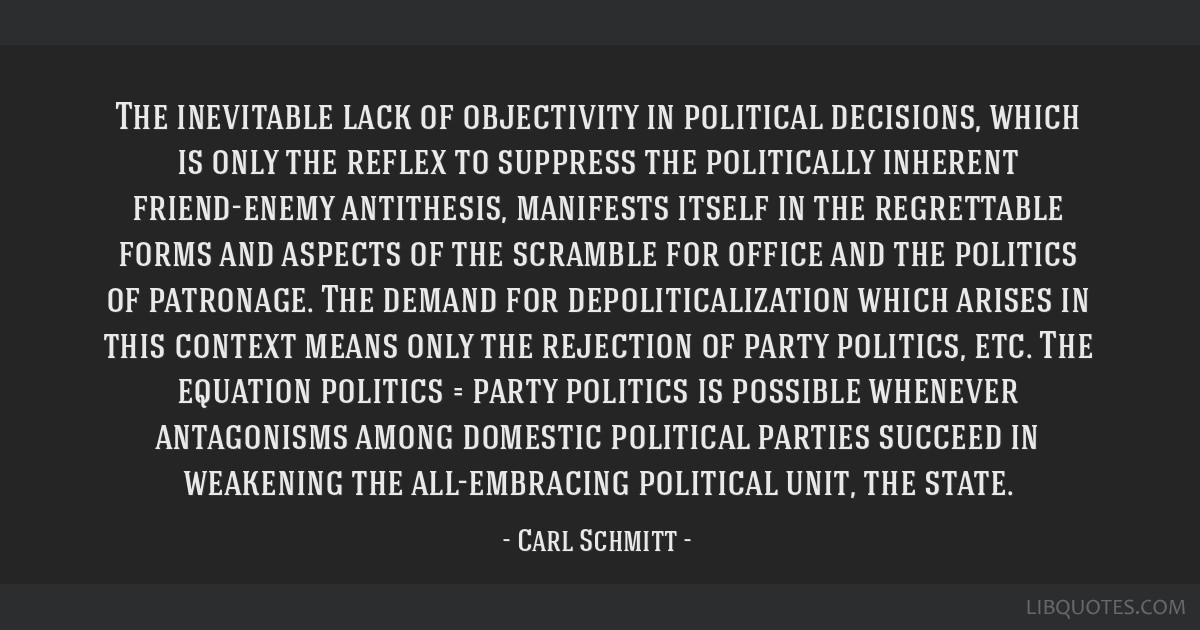 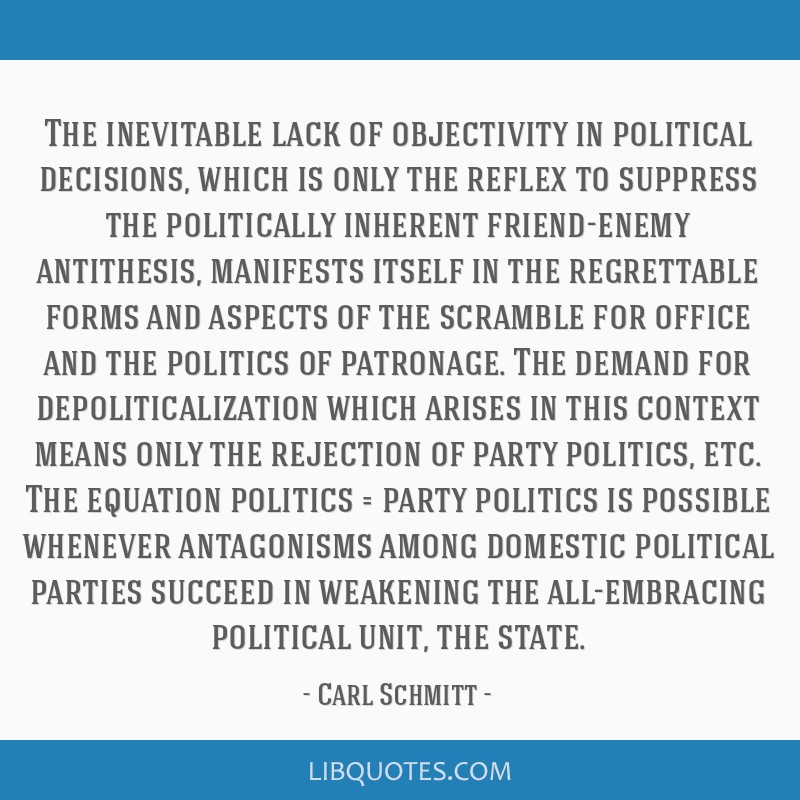 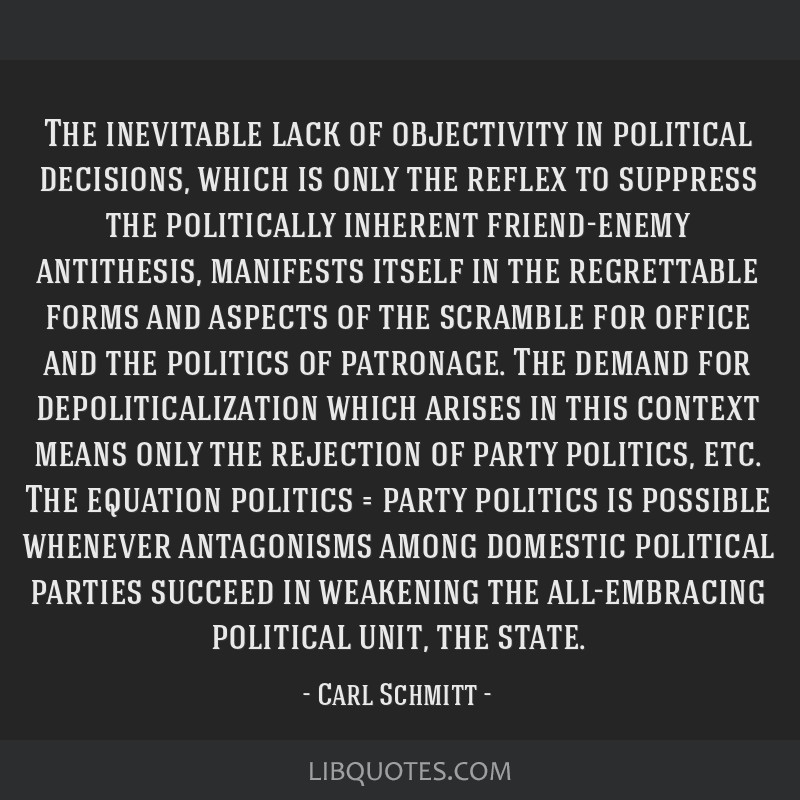