A musician cannot move others unless he too is moved. He must feel all the emotions that he hopes to arouse in his audience, for the revealing of his own humor will stimulate a like mood in the listener.

Carl Philipp Emanuel Bach
According to my principles, every master has his true and certain value. Praise and criticism cannot change any of that. Only the work itself praises and criticizes the master, and therefore I leave to everyone his own value.

Carl Philipp Emanuel Bach
More often than not, one meets technicians, nimble keyboardists by profession, who … indeed astound us with their prowess without ever touching our sensibilities.... stirring performance depends upon an alert mind which is willing to follow reasonable precepts in order to reveal the content of the compositions.
What comprises good performance? The ability through singing or playing to make the ear conscious of the true content and affect of a composition. Any passage can be so radically changed by modifying its performance that it will be scarcely recognizable. 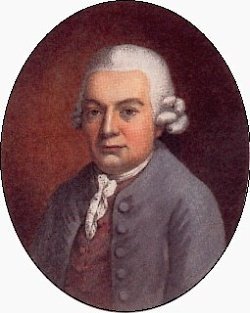