Not only in the realm of the ethical world, and of economy, but also in that of natural phenomena, the realistic orientation of theoretical research can lead only to "real types" and "empirical laws." And in the above point of view, at any rate, no essential difference between the ethical and the natural sciences exists, but at most only one of degree. The realistic orientation of theoretical research excludes in principle, rather, in all realms of the world of phenomena the possibility of arriving at strict (exact) theoretical knowledge. 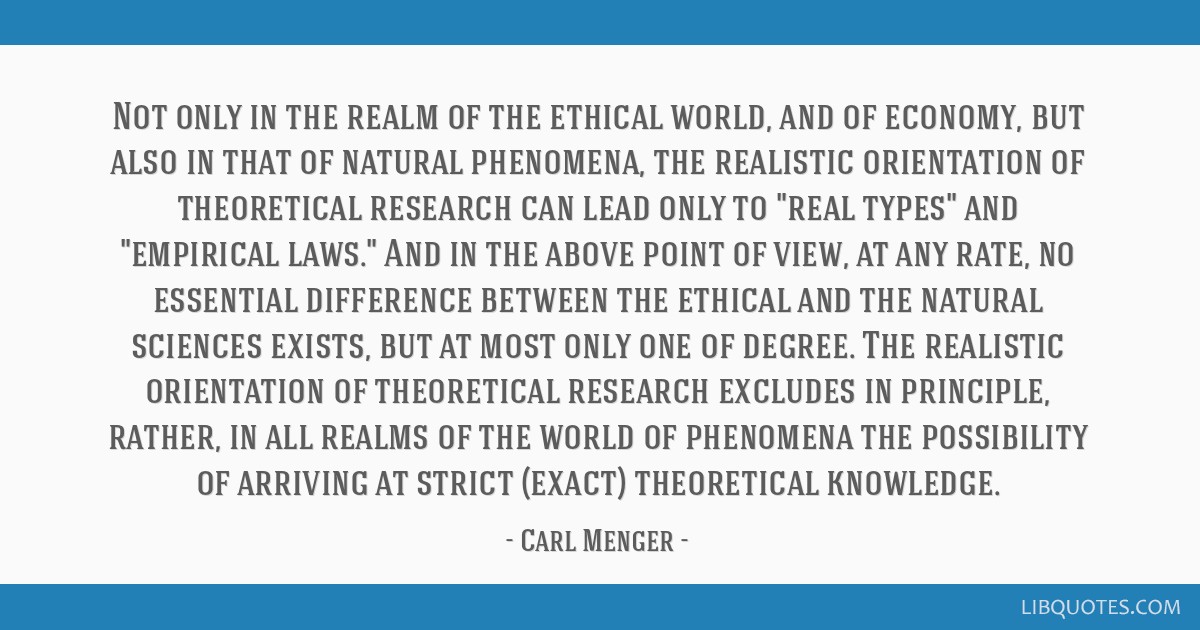 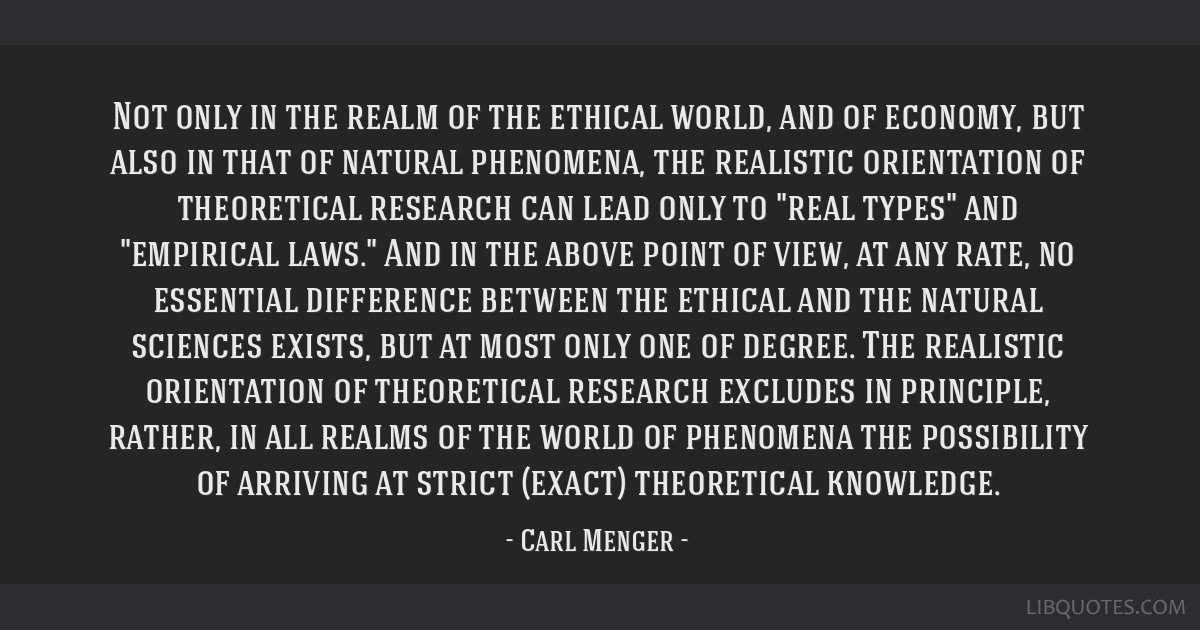 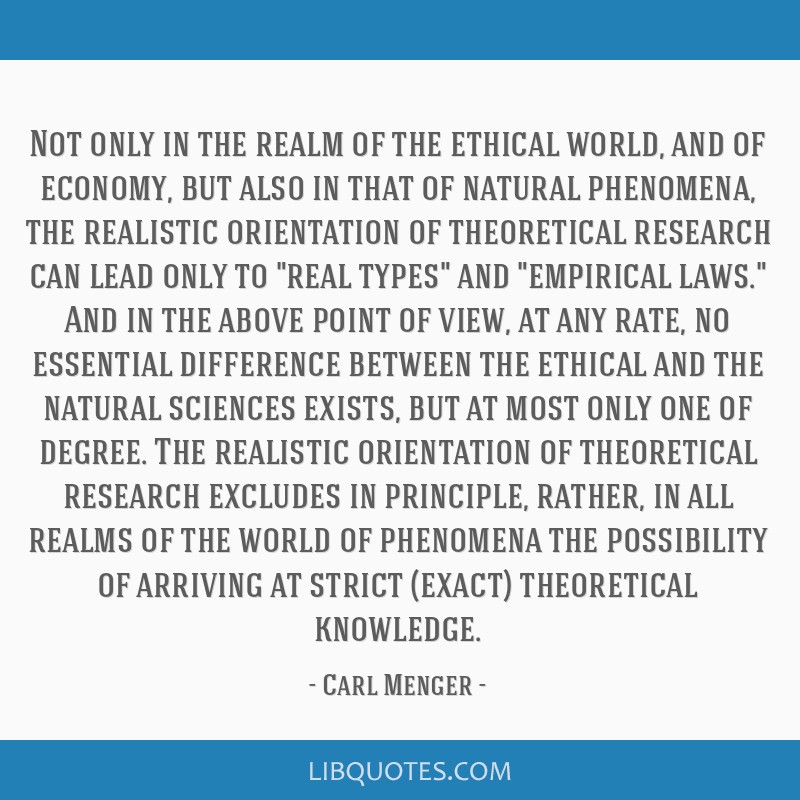 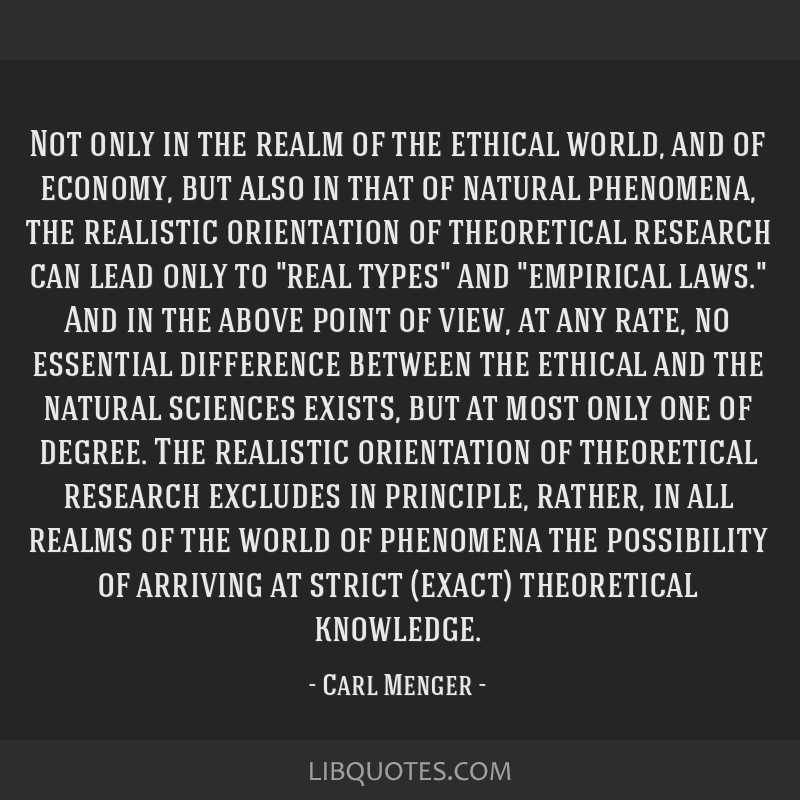 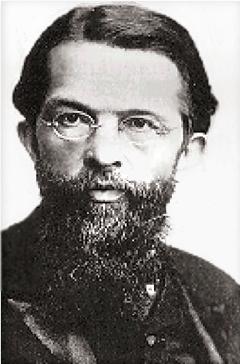