No one has any right to be angry with me, if I think fit to enumerate man among the quadrapeds. Man is neither a stone nor a plant, but an animal, for such is his way of living and moving; nor is he a worm, for then he would have only one foot; nor an insect, for then he would have antennae; nor a fish, for he has no fins; nor a bird, for he has no wings. Therefore, he is a quadraped, had a mouth like that of other quadrapeds, and finally four feet, on two of which he goes, and uses the other two for prehensive purposes. 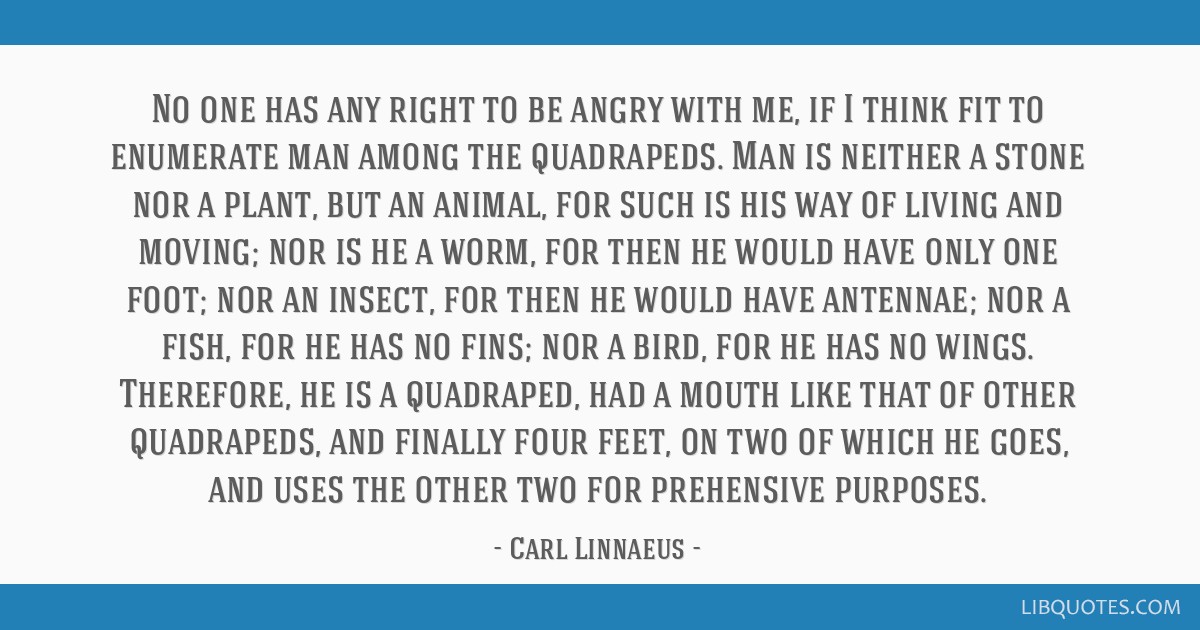 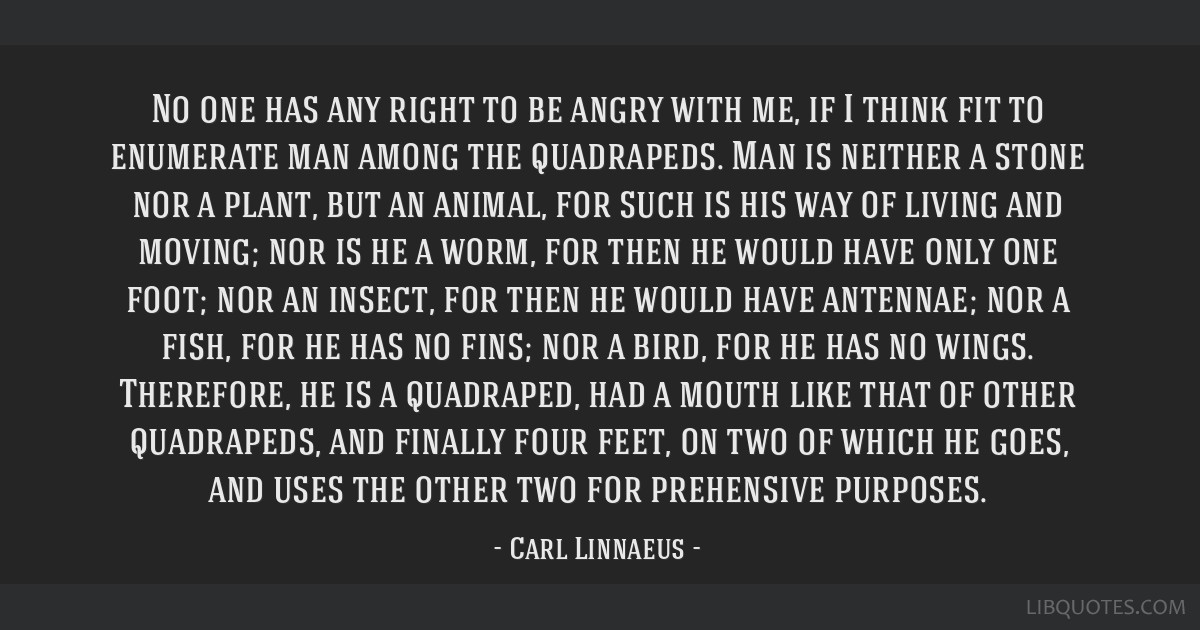 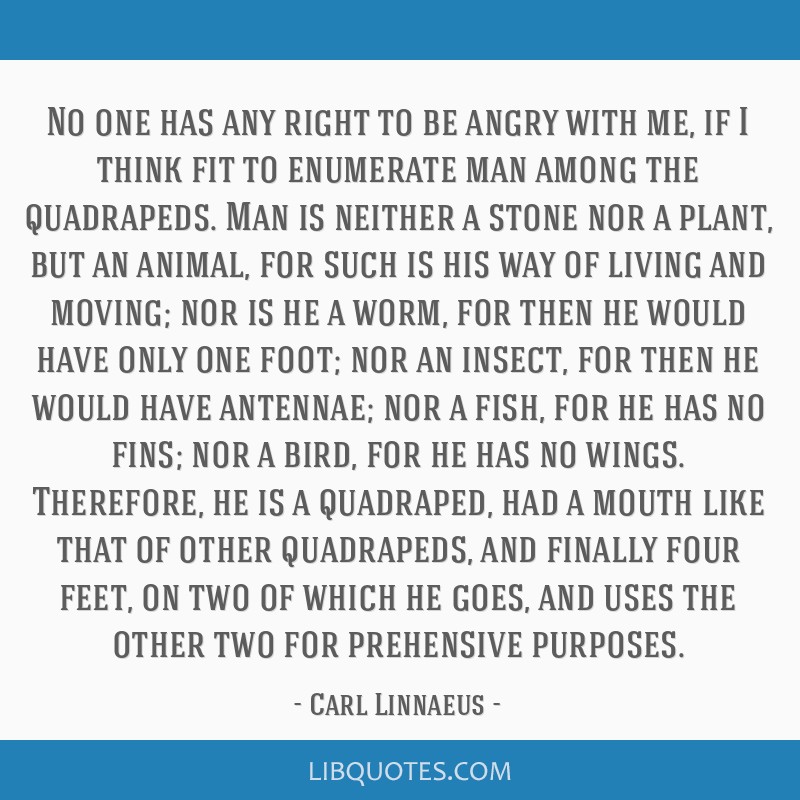 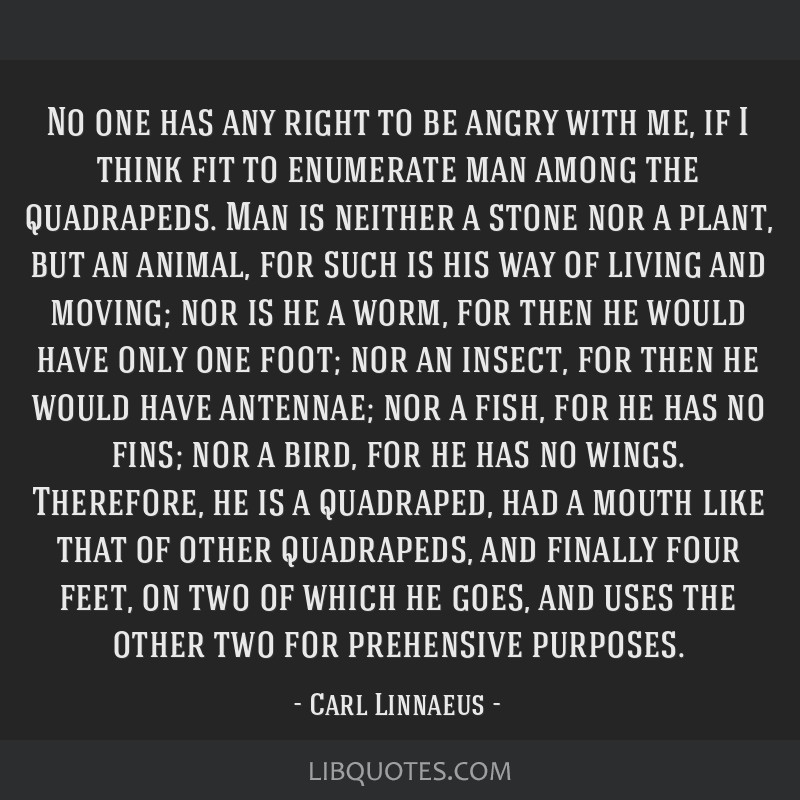 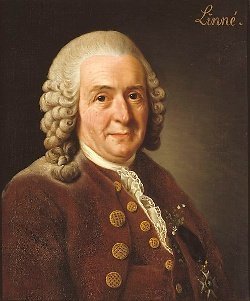