Scarce a month had elapsed since the law was to have gone into effect before it was clear to the discerning that, for all their professions, most of the "better sort" were not genuine Sons of Liberty at all, but timid sycophants, pliant instruments of despotism, far more intent upon the ruin of Mr. Adams and of America in general than any minister could be shown to be. 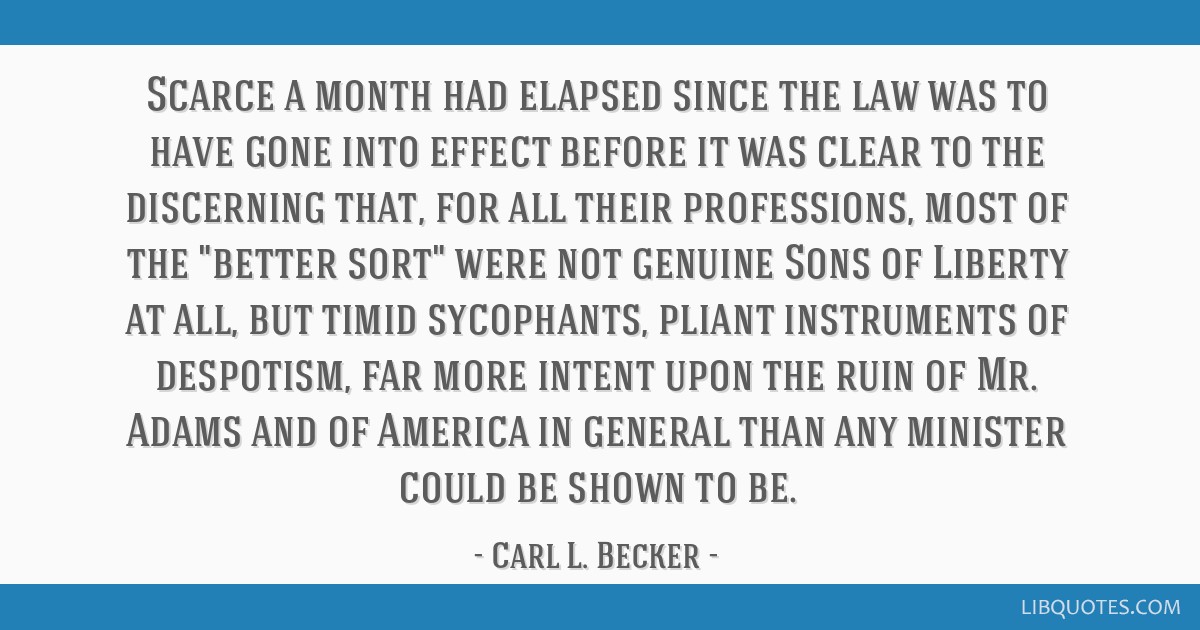 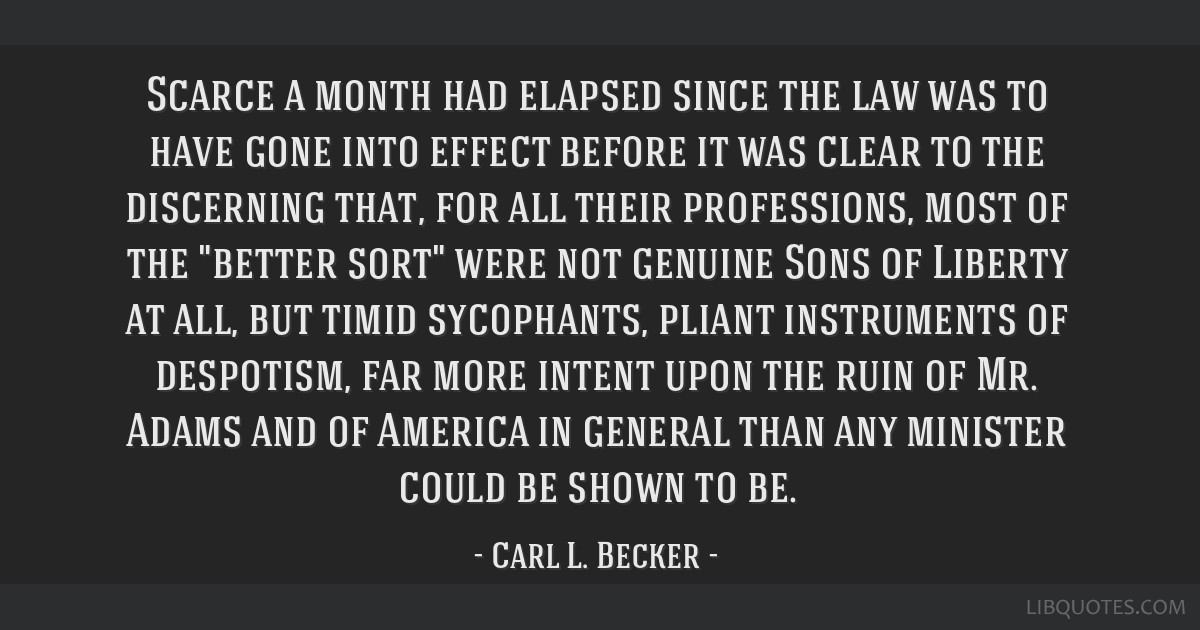 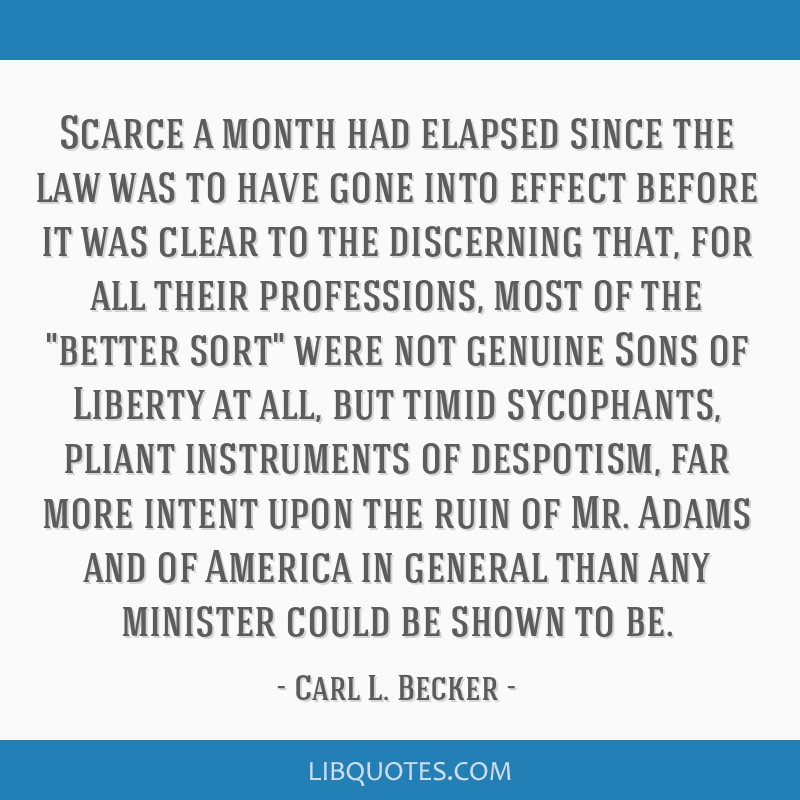 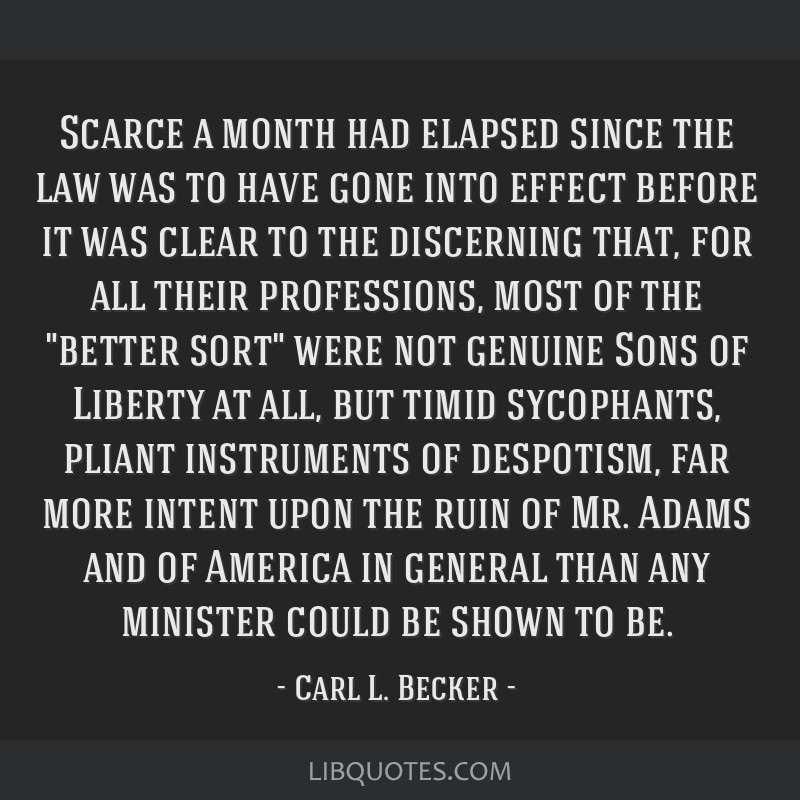