If Americans were not always aware that they were rich men individually, they were at all events well instructed, by old-world visitors who came to observe them with a certain air of condescension, that collectively at least their material prosperity was a thing to be envied even by more advanced and more civilized peoples. Therefore any man called upon to pay a penny tax and finding his pocket bare might take a decent pride in the fact, which none need doubt since foreigners like Peter Kalm found it so, that "the English colonies in this part of the world have increased so much in... their riches, that they almost vie with old England." 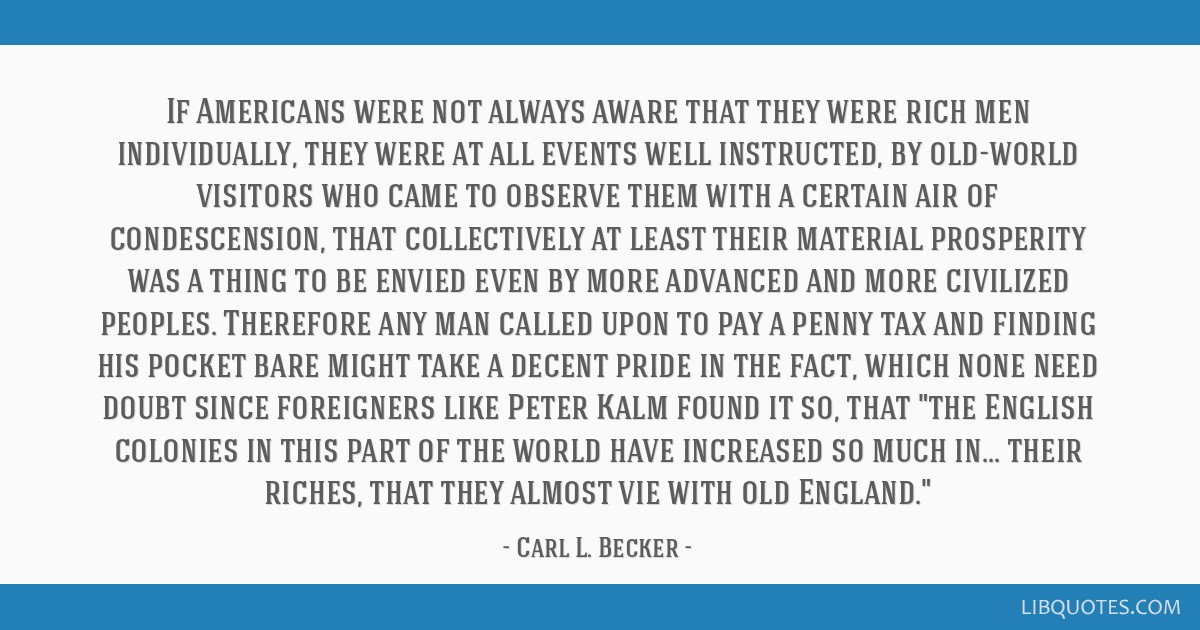 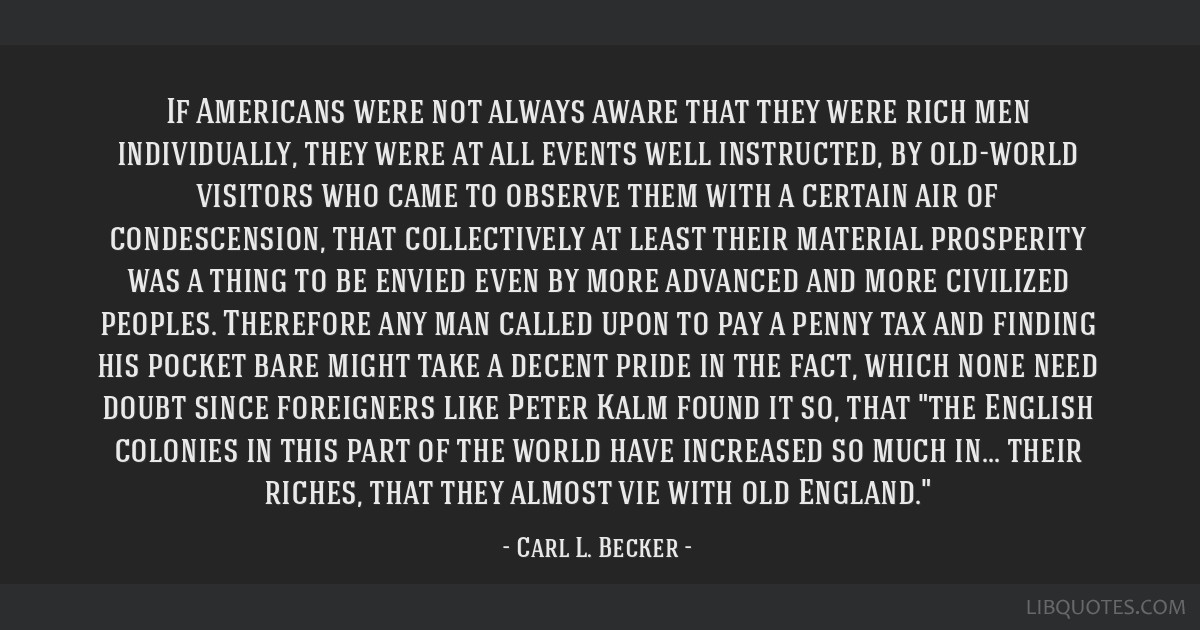 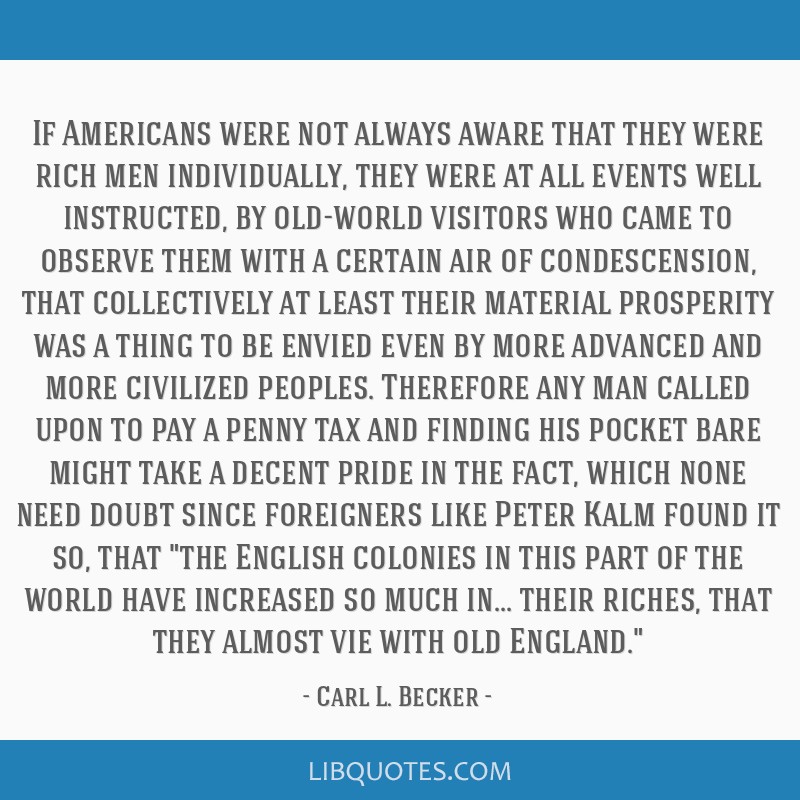 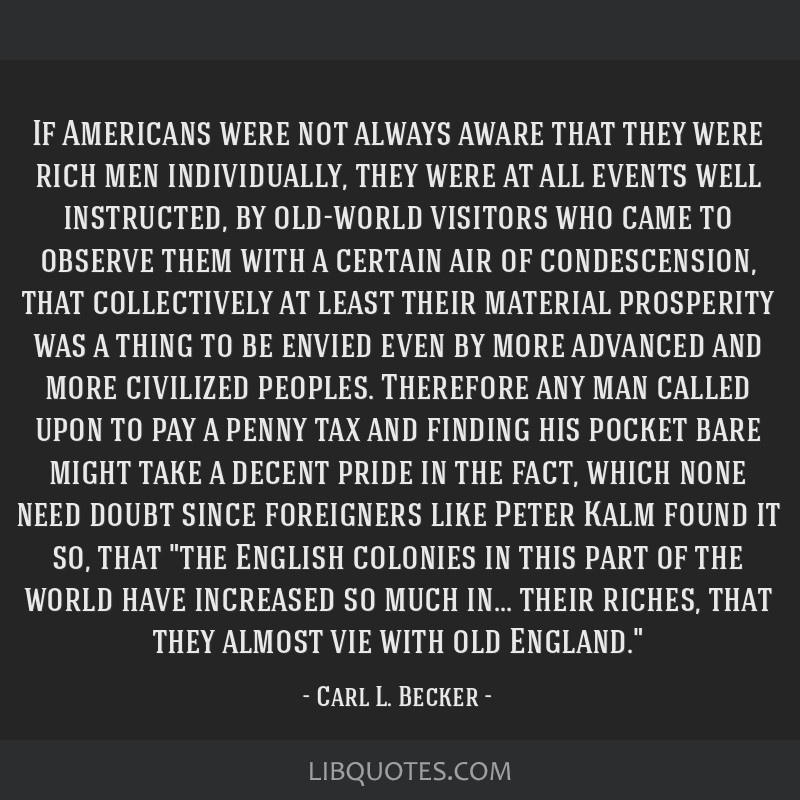