… in such a matter he would never have been guided by his first thoughts (which would probably have been right) nor even by his twenty-first (which would have at least been explicable). Beyond doubt he would have prolonged deliberation till his hundred-and-first; and they would be infallibly and invincibly wrong. This is what always happens to the deliberations of a simple man who thinks he is a subtle one. 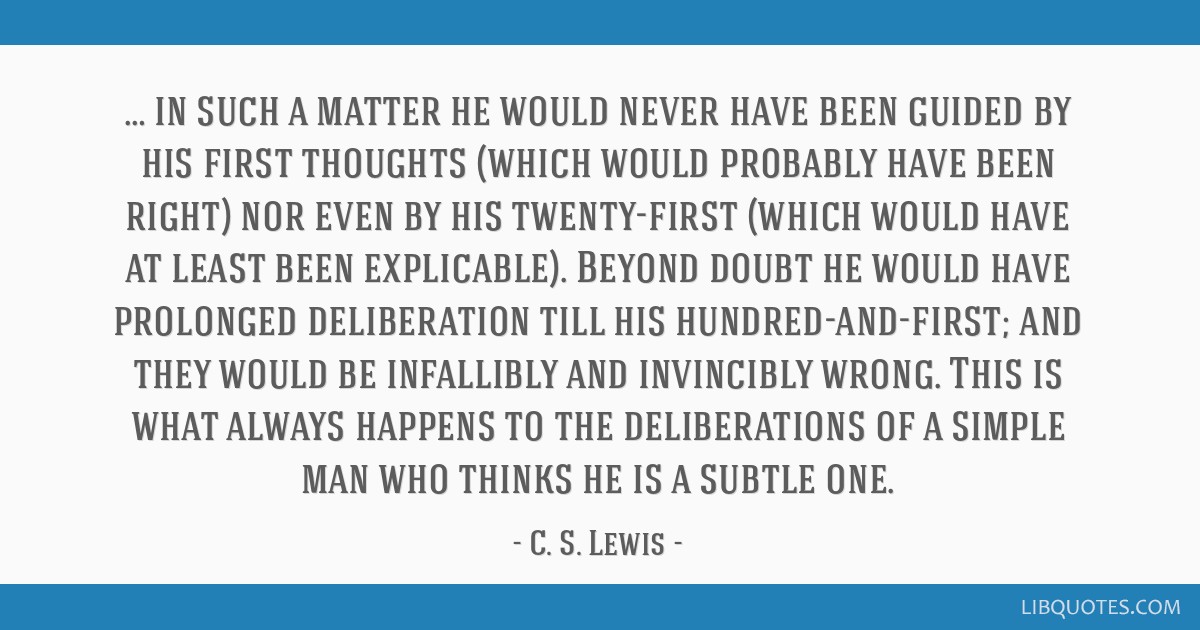 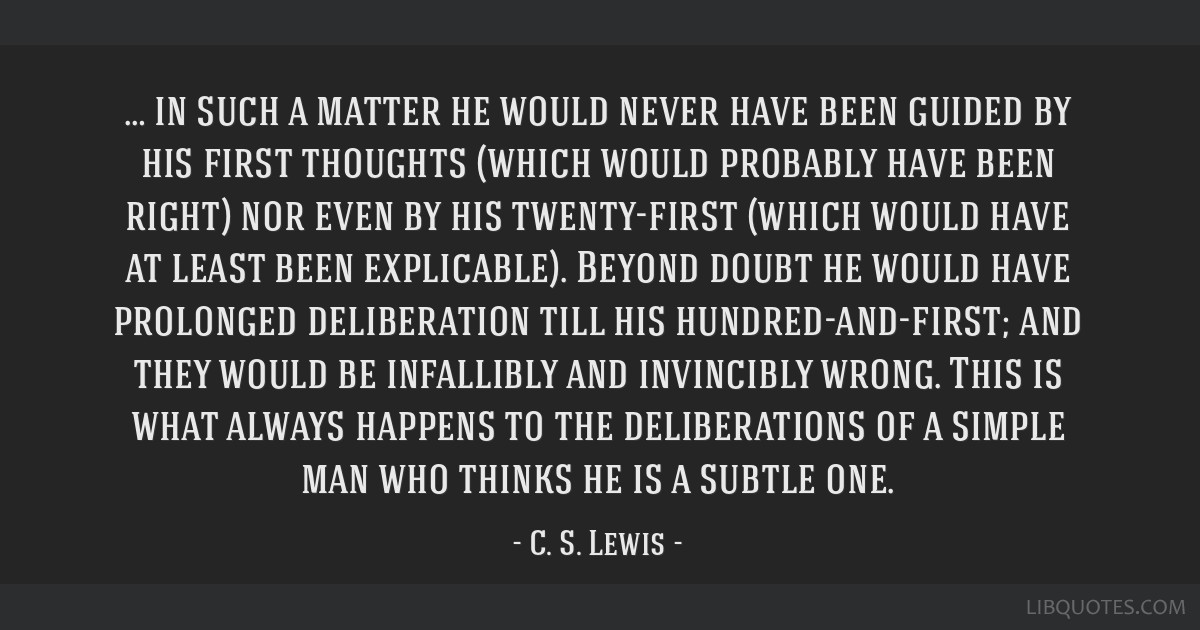 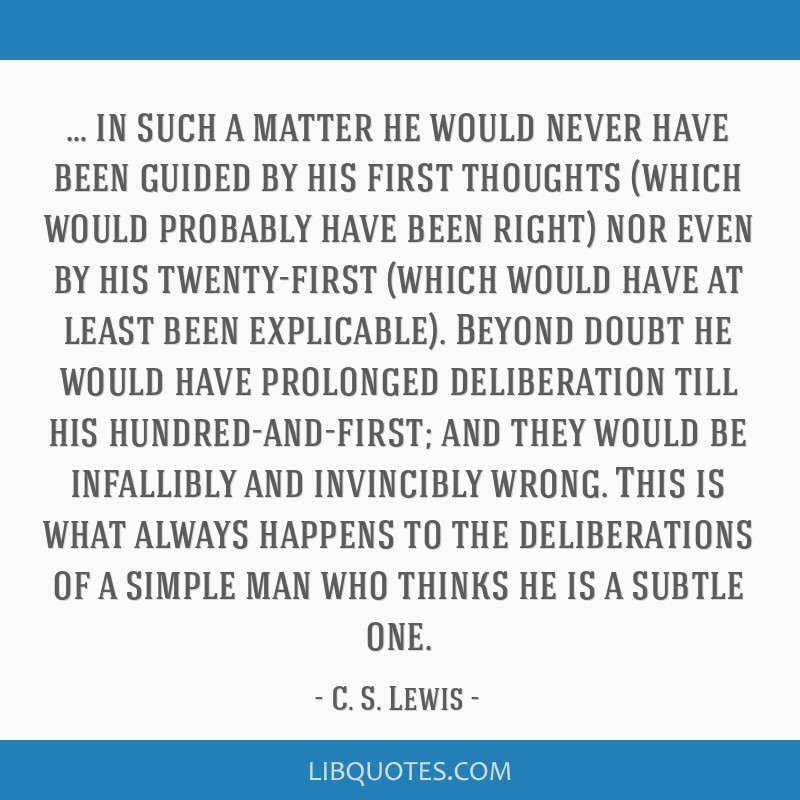 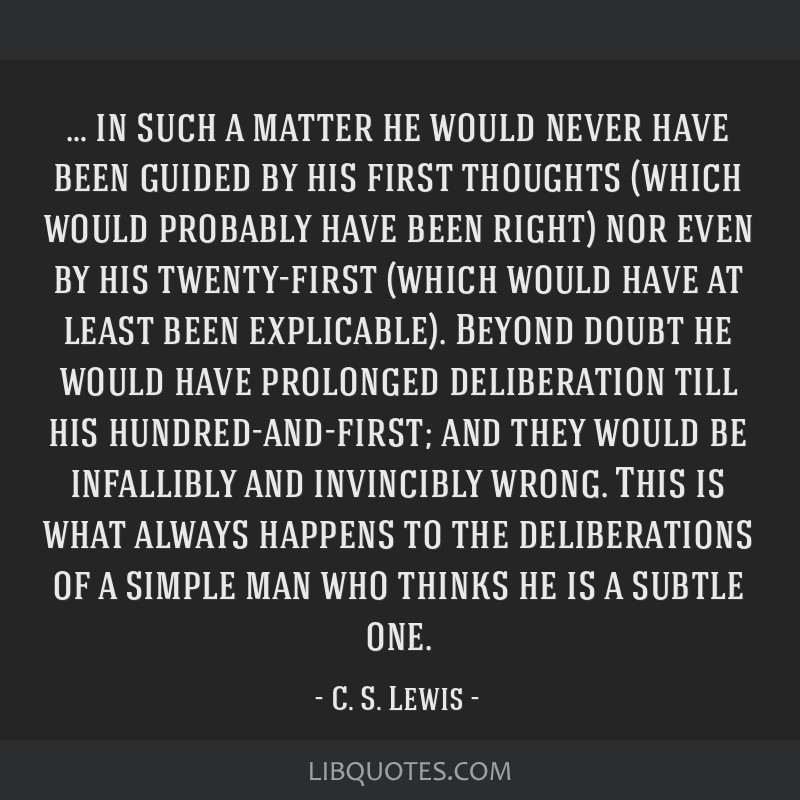