The Christian idea of marriage is based on Christ's words that a man and wife are to be regarded as a single organism - for that is what the words 'one flesh' would be in modern English. And the Christians believe that when He said this He was not expressing a sentiment but stating a fact - just as one is stating a fact when one says that a lock and its key are one mechanism, or that a violin and a bow are one musical instrument. 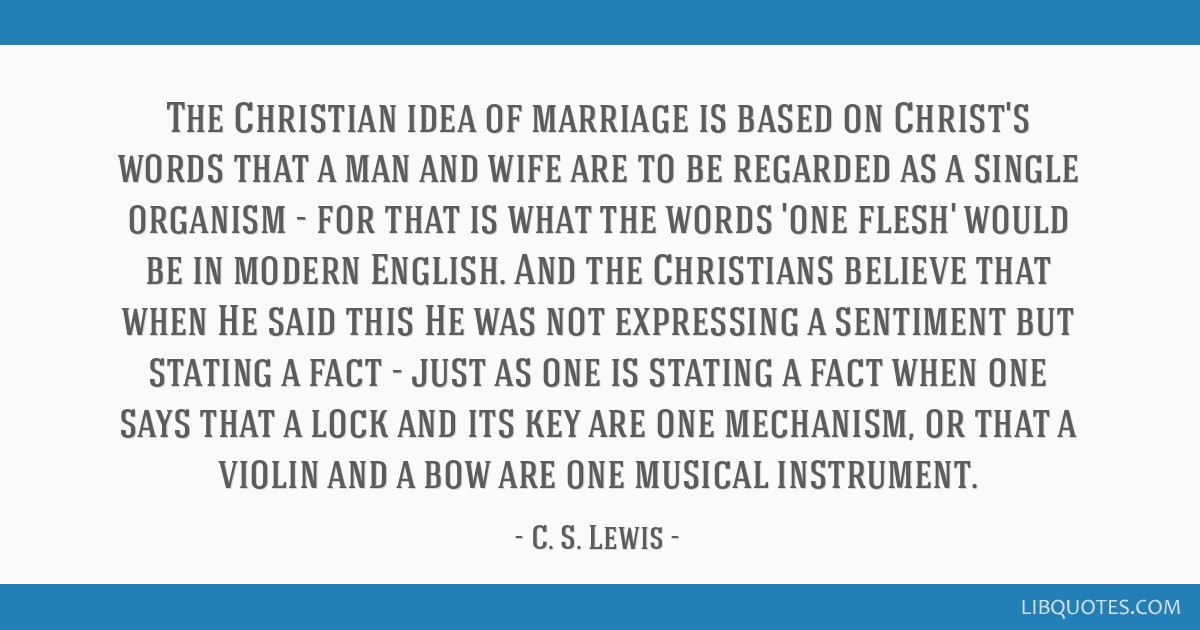 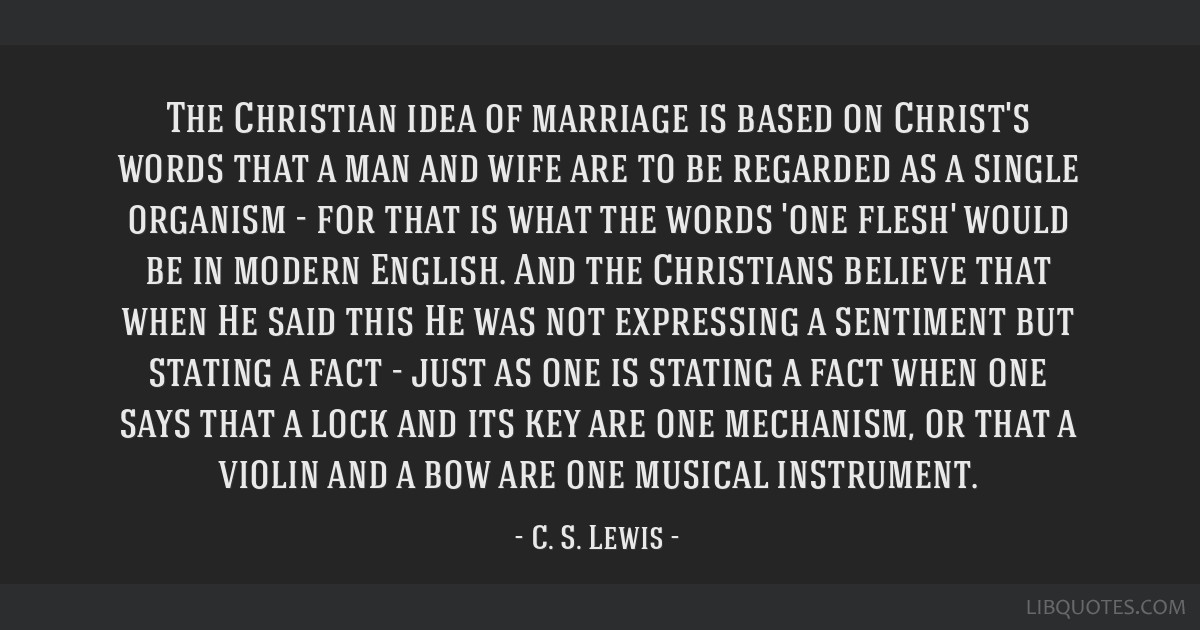 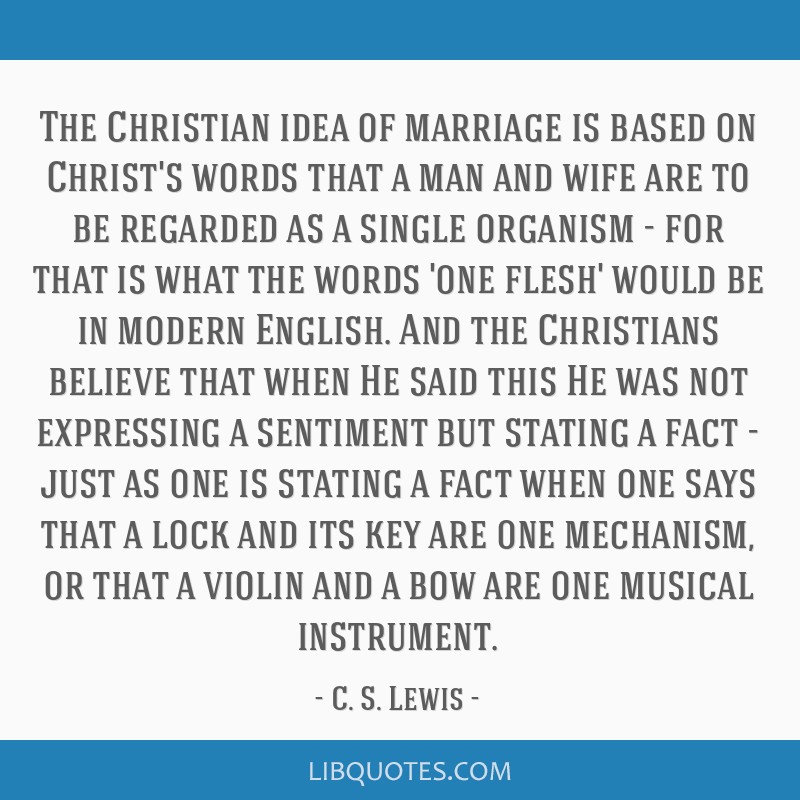 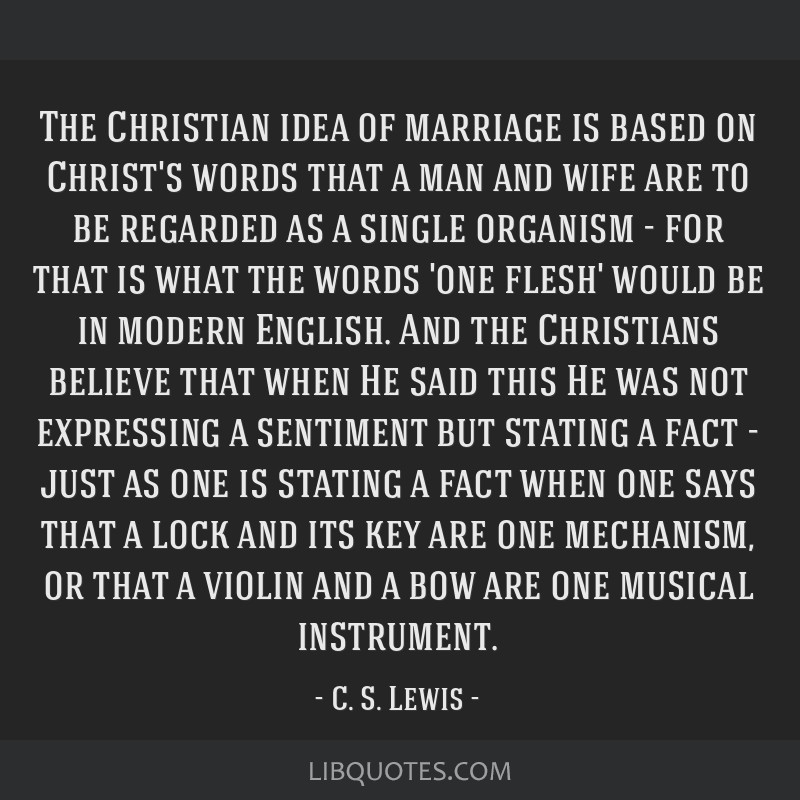