If you read history you will find that the Christians who did most for the present world were just those who thought most of the next... It is since Christians have largely ceased to think of the other world that they have become so ineffective in this. Aim at Heaven and you will get earth "thrown in": aim at earth and you will get neither. 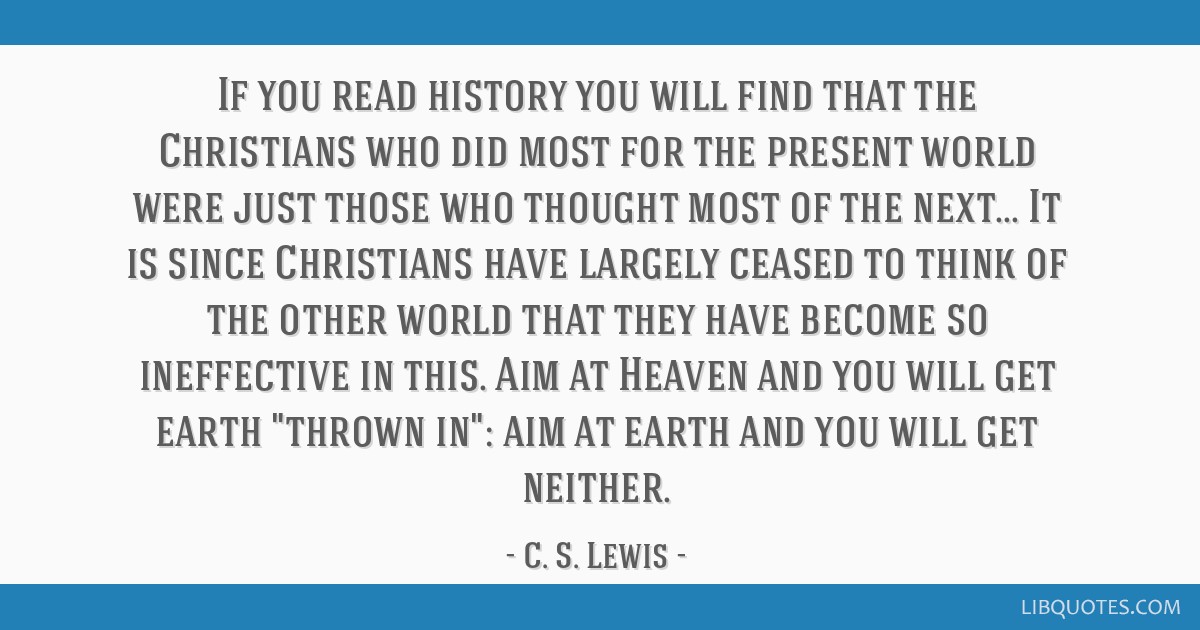 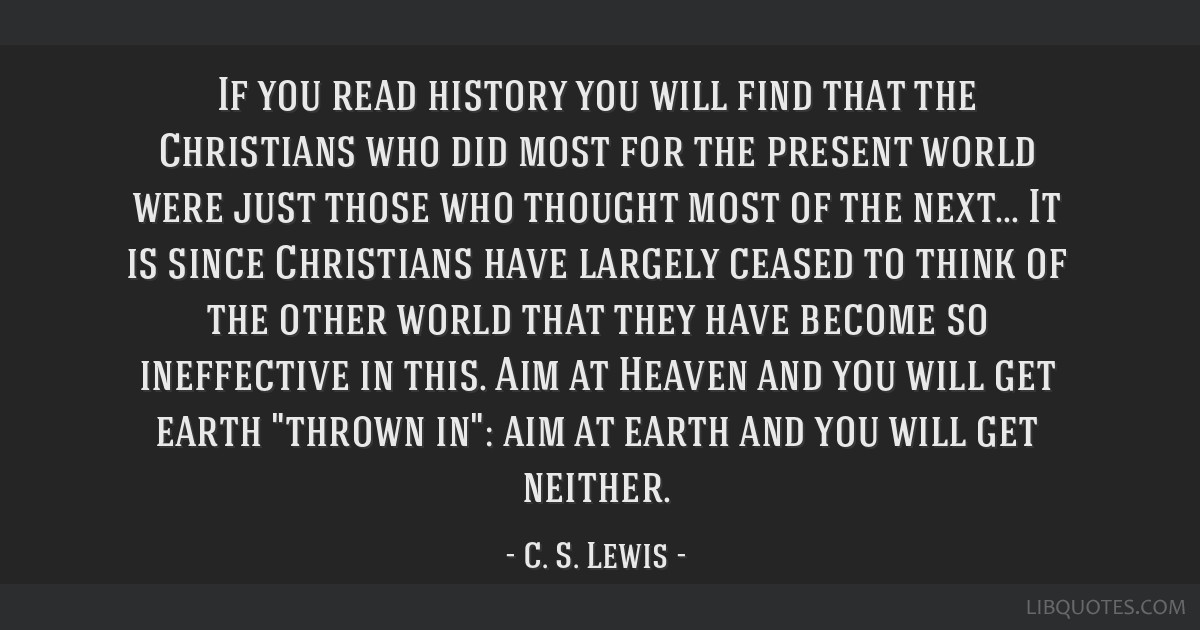 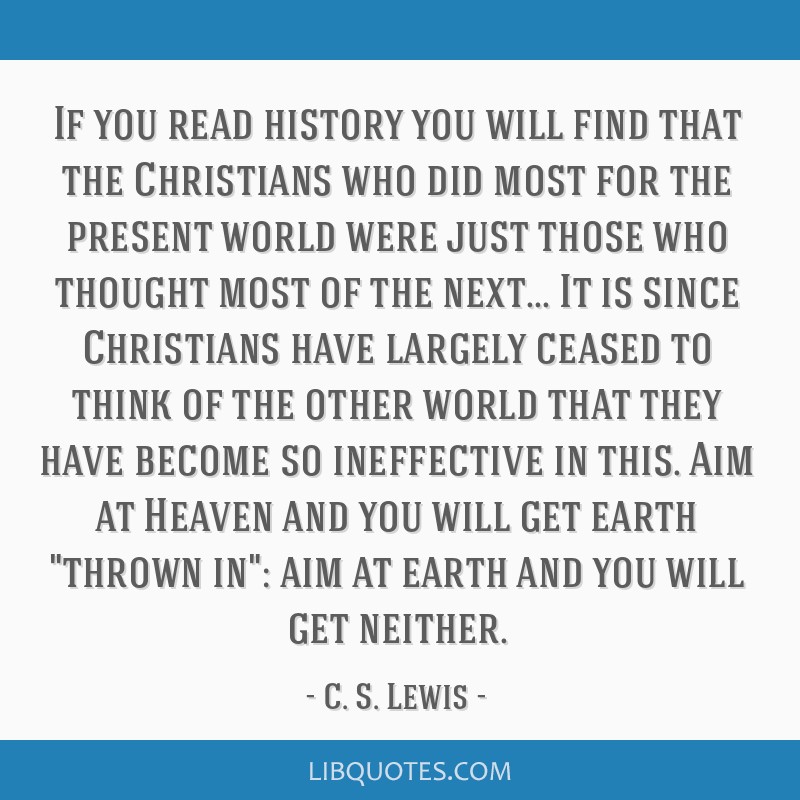 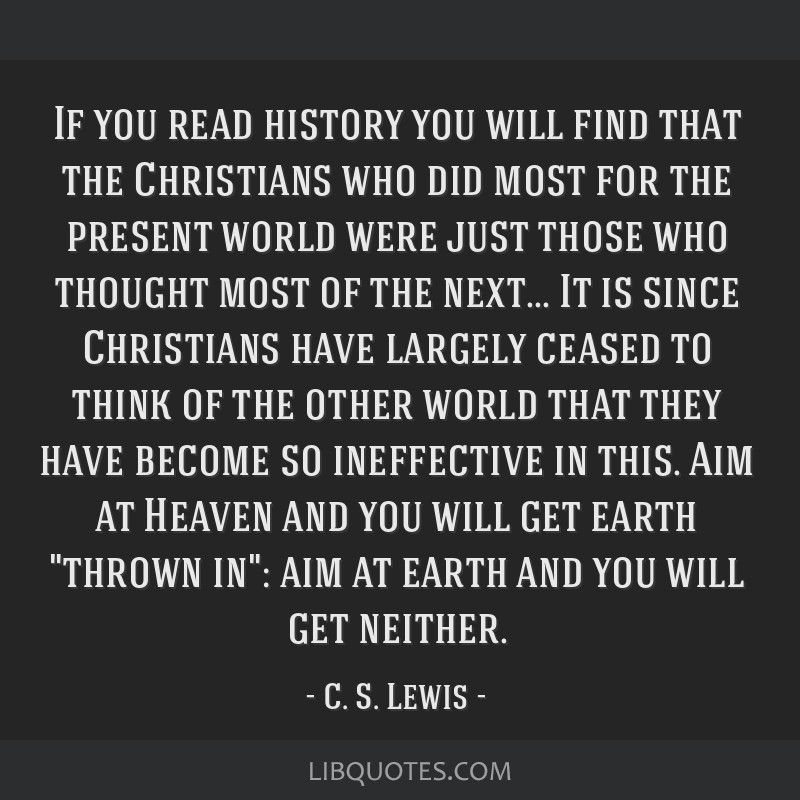