The chief pleasure of his life in these days was to go down the road and look through the window in the wall in the hope of seeing the beautiful Island. … the sight of the Island and the sounds became very rare … and the yearning for the sight … became so terrible that John thought he would die if he did not have them again soon. … it came into his head that he might perhaps get the old feeling-for what, he thought, had the Island ever given him but a feeling?–by imagining. He shut his eyes and set his teeth again and made a picture of the Island in his mind. 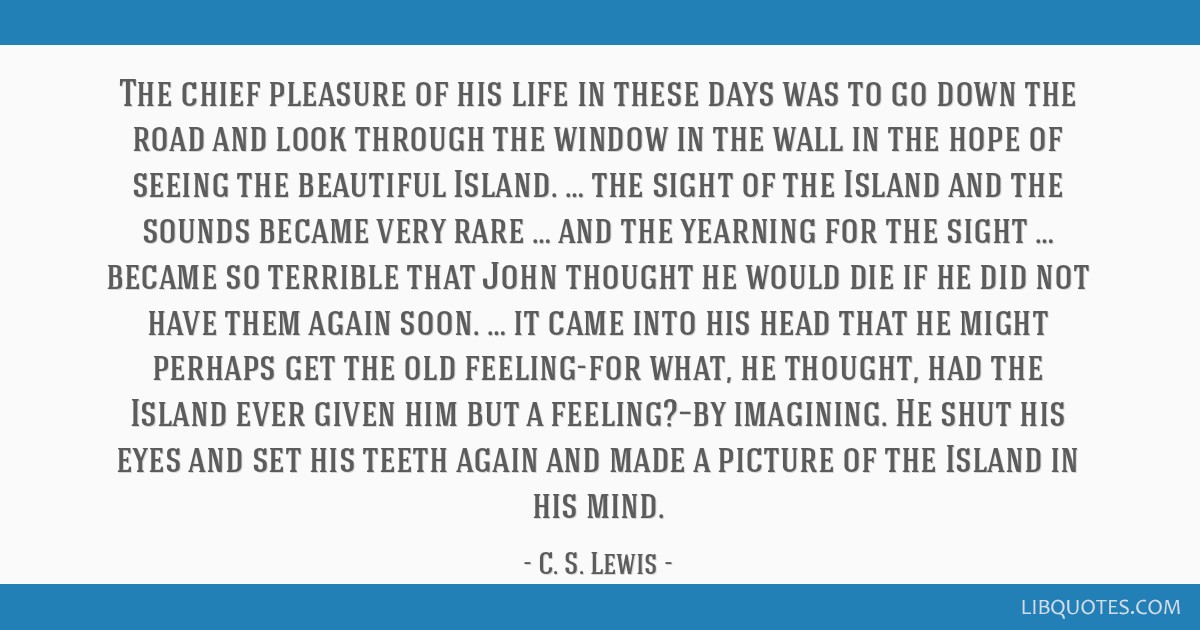 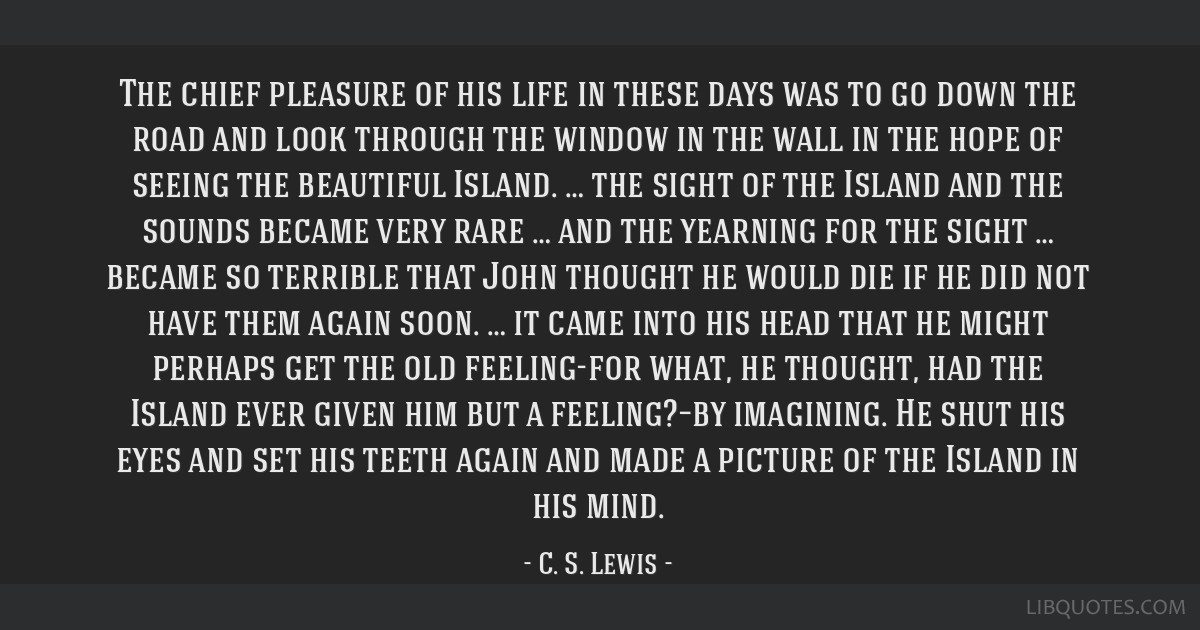 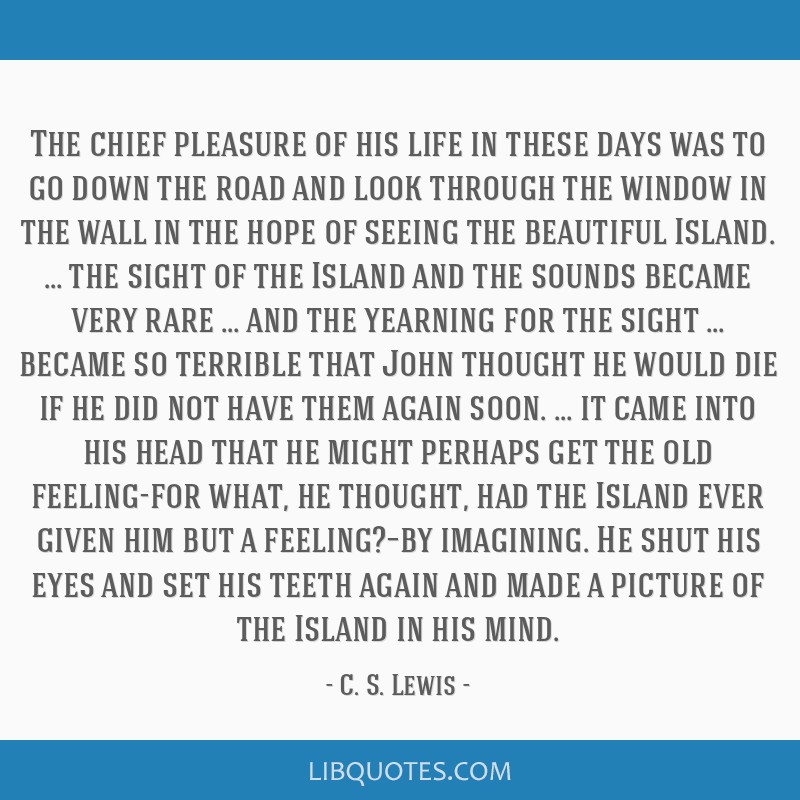 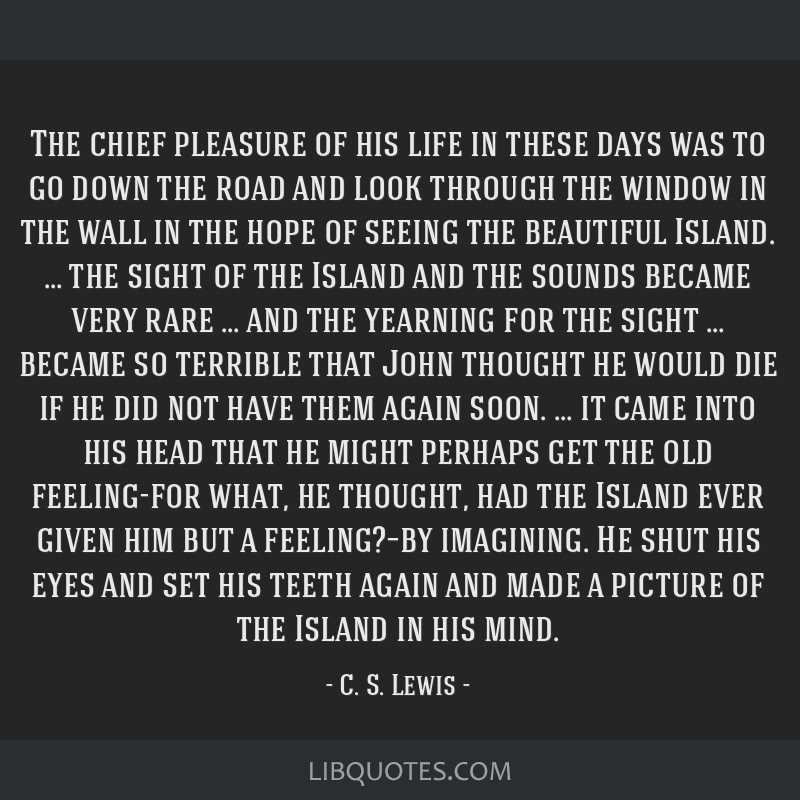