They (fans) respond mostly to what WWE trains them to respond to. An ankle lock gets over because Kurt Angle does the ankle lock and everyone submits to it. A triangle by Undertaker doesn't get over because WWE has never trained the fans to accept that as a finish because no one ever taps to it. And it was the same thing when Shamrock was in WWE. 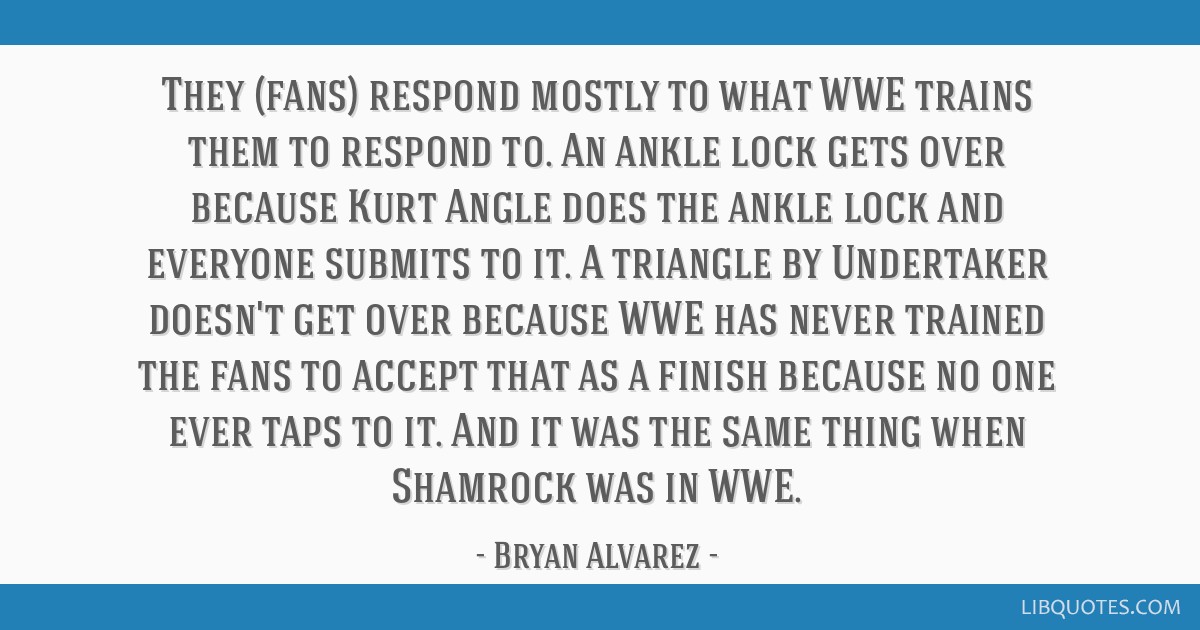 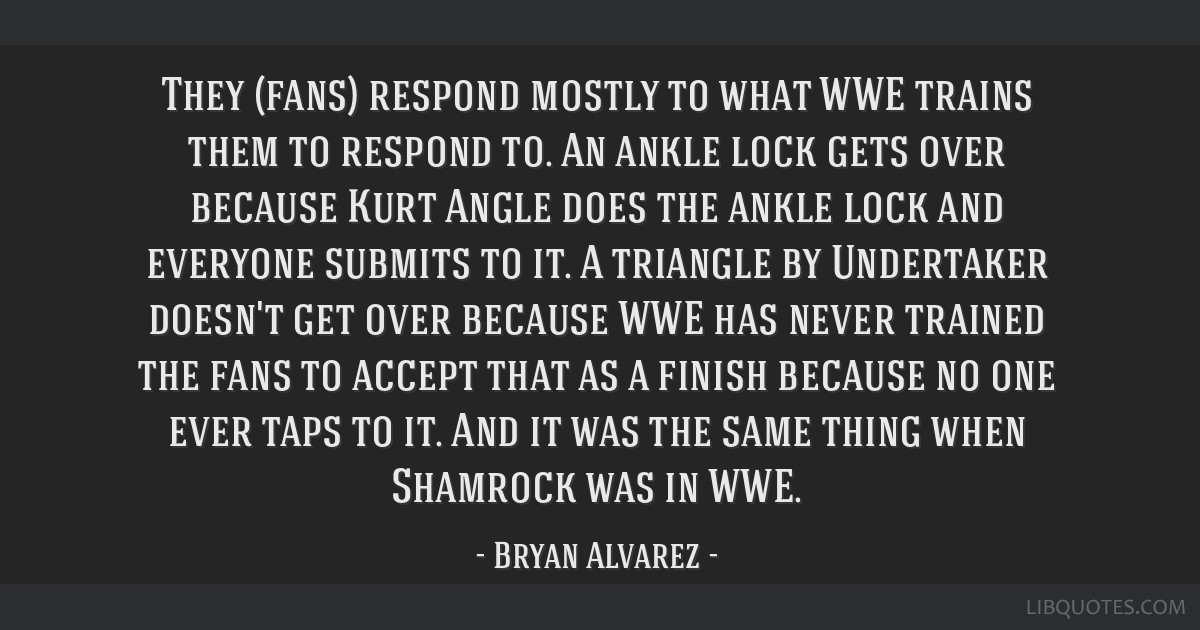 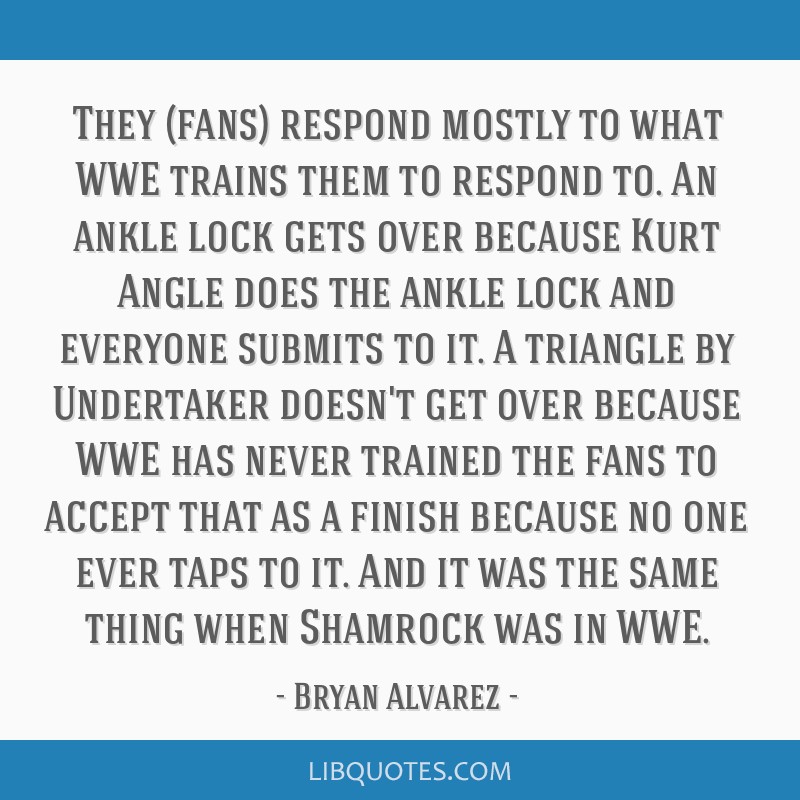 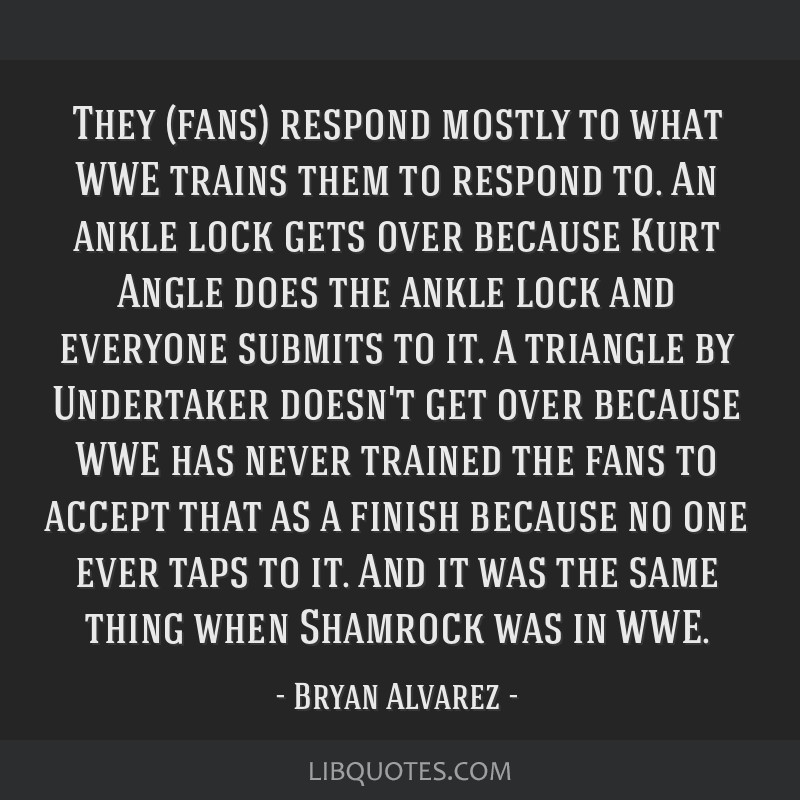