The Western approach to reality is mostly through theory, and theory begins by denying reality — to talk about reality, to go around reality, to catch anything that attracts our sense-intellect and abstract it away from reality itself. Thus philosophy begins by saying that the outside world is not a basic fact, that its existence can be doubted and that every proposition in which the reality of the outside world is affirmed is not an evident proposition but one that needs to be divided, dissected and analyzed. It is to stand consciously aside and try to square a circle. 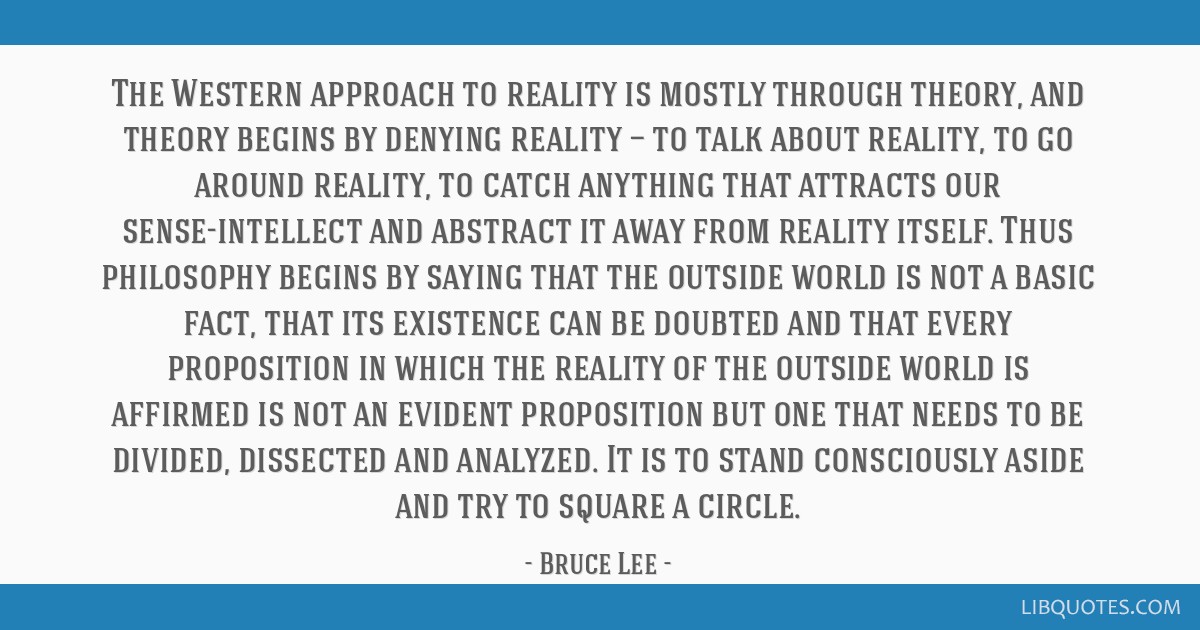 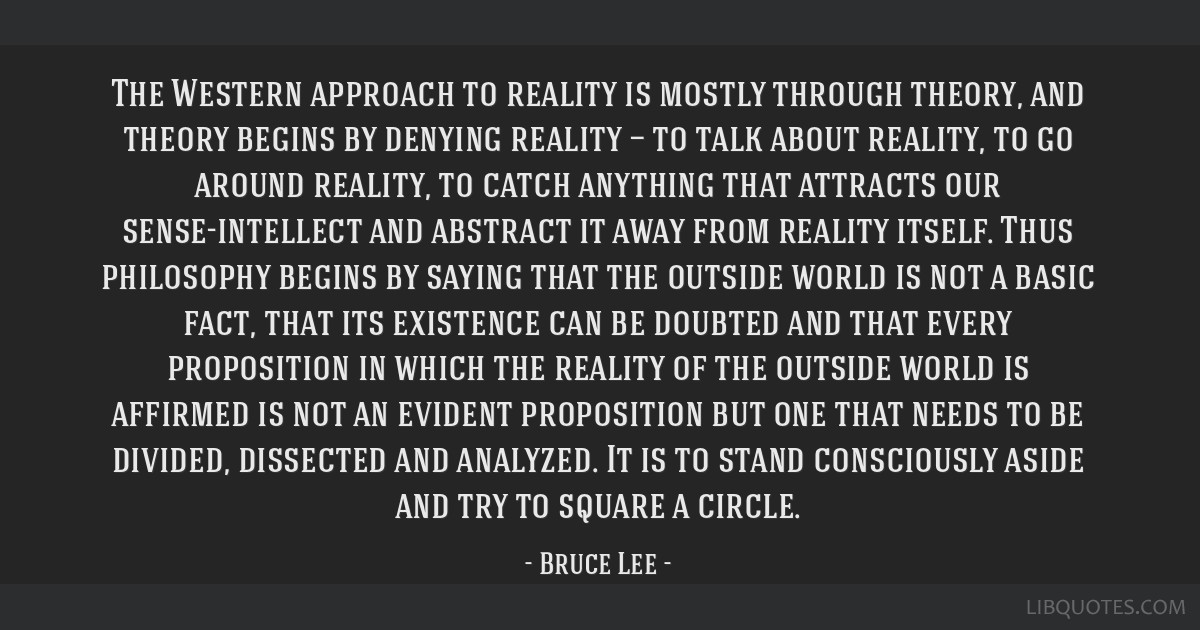 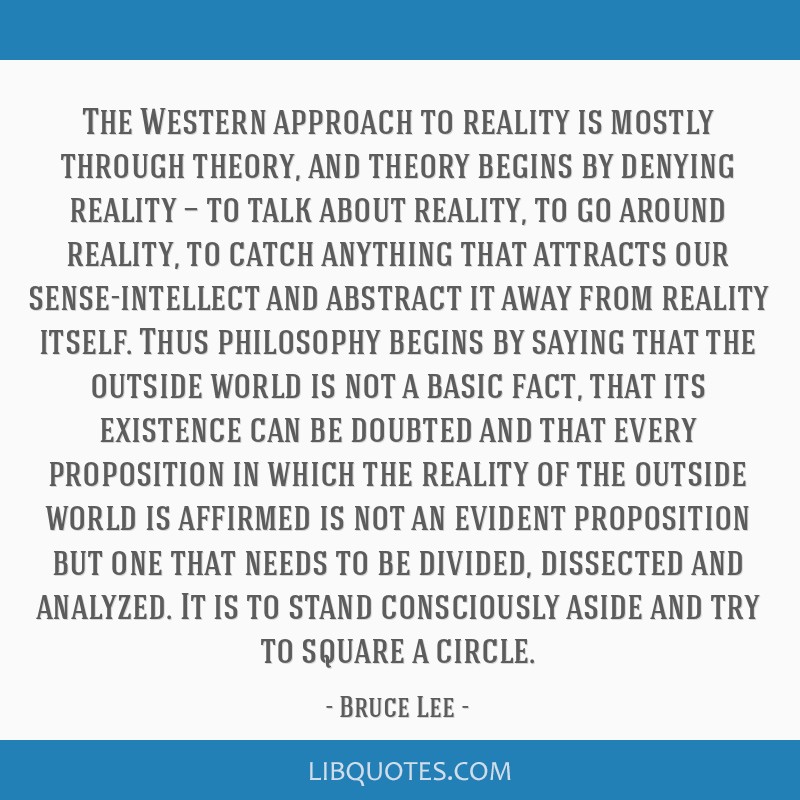 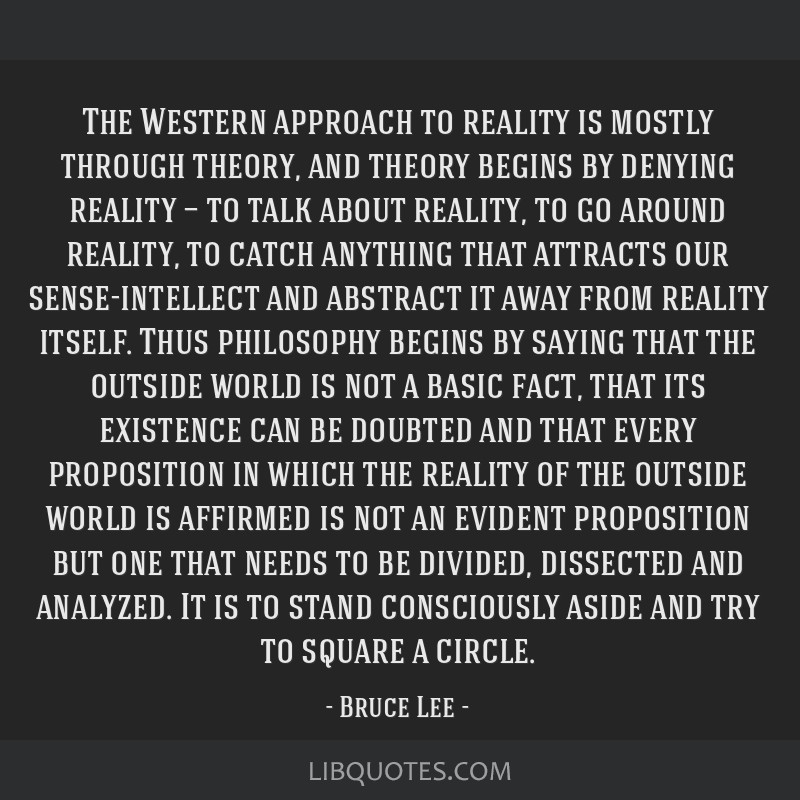 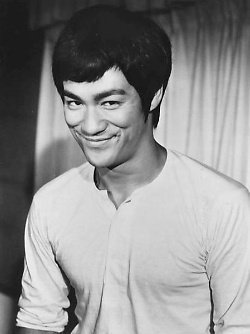