I would rather that this people should starve to death in the mountains, than to have the Lord Almighty hand us over to a cursed, infernal mob. I would rather go down to the grave in peace than to fight a mob, unless the Lord would give me enough Saints to fight and kill the poor devils; in such case I wish to live and fight them. But I never want to see a mob again drive and tread under foot the Saints. 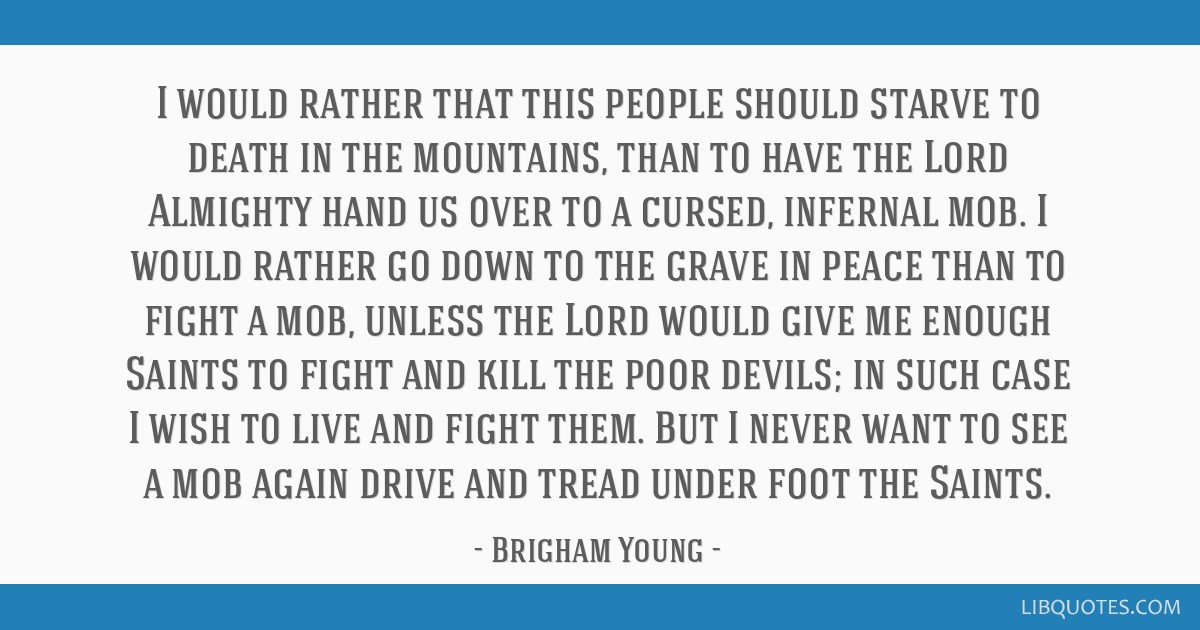 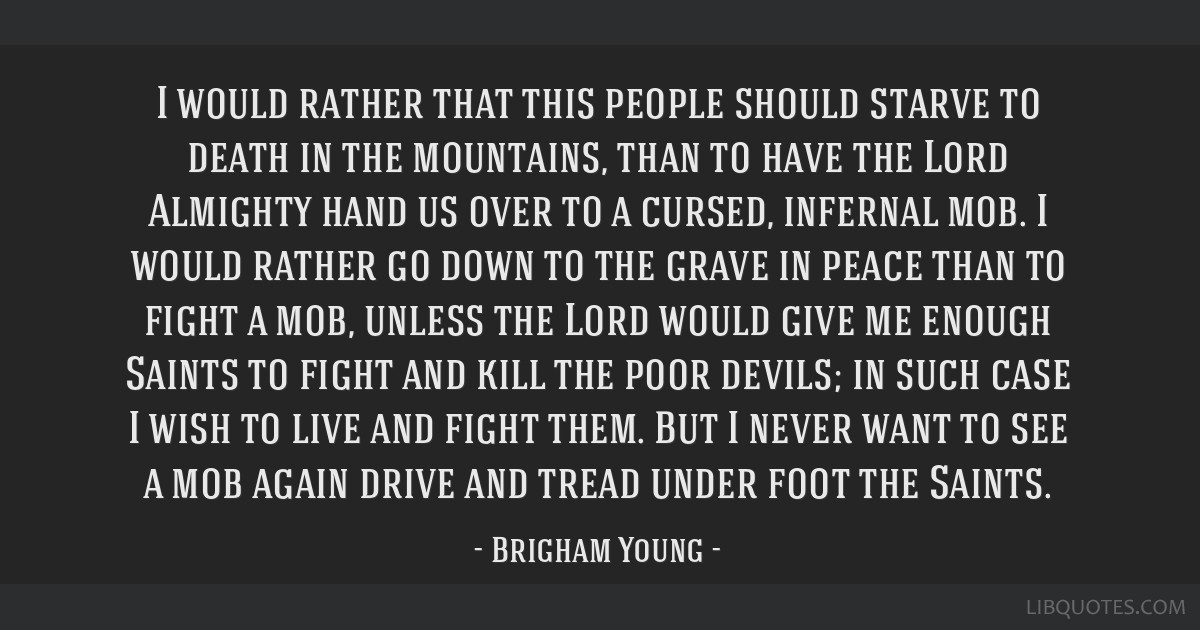 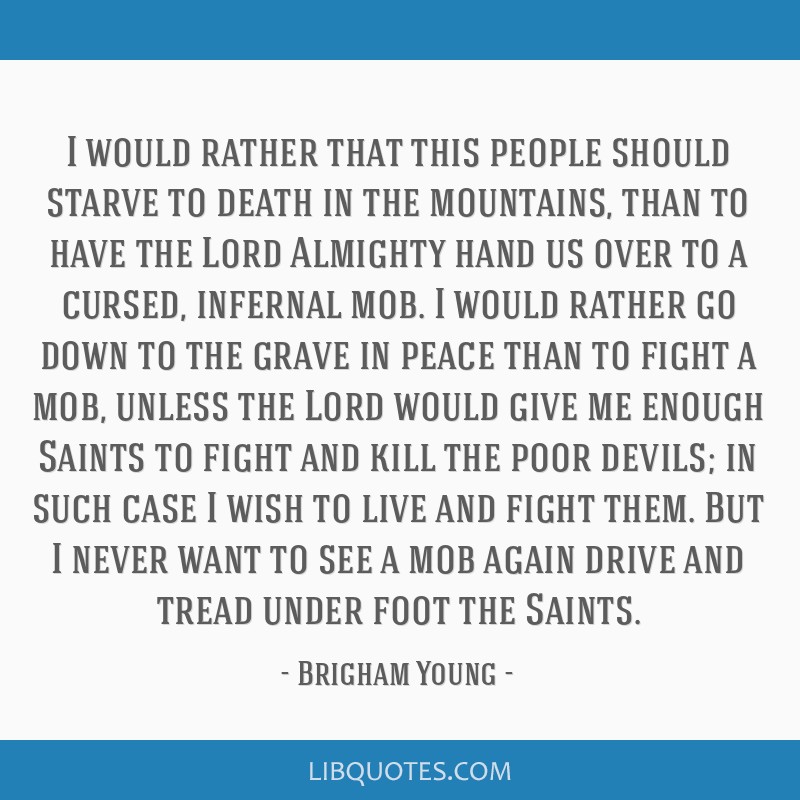 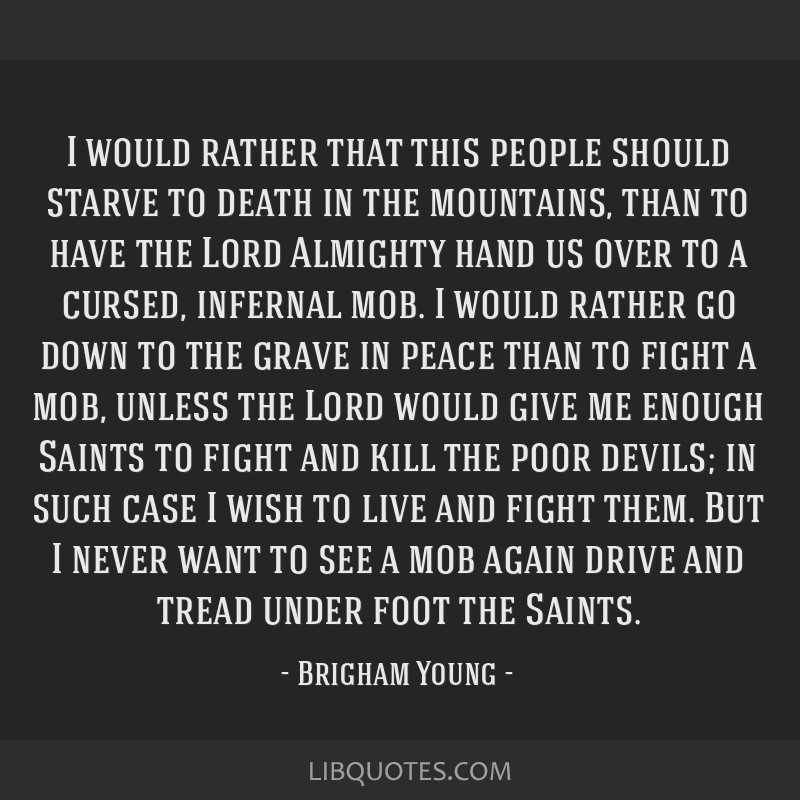 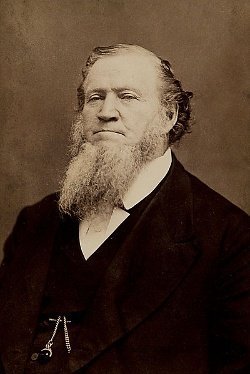