I talked to Paul McCartney over the years ranging from 1967 to 2004. … At the landmine show he did "God Only Knows" with me and I did "Let It Be" with him. And then I called him about four months ago asking him if he could come out and do — sing a song called "A Friend Like You," which I wrote for him, me and my collaborator wrote for him. And he said he'd love to come out. And he came to the studio and that was one of the bigger thrills of my life to tell you the truth, to produce Paul McCartney. And that was a thrill for me. That was a thrill. 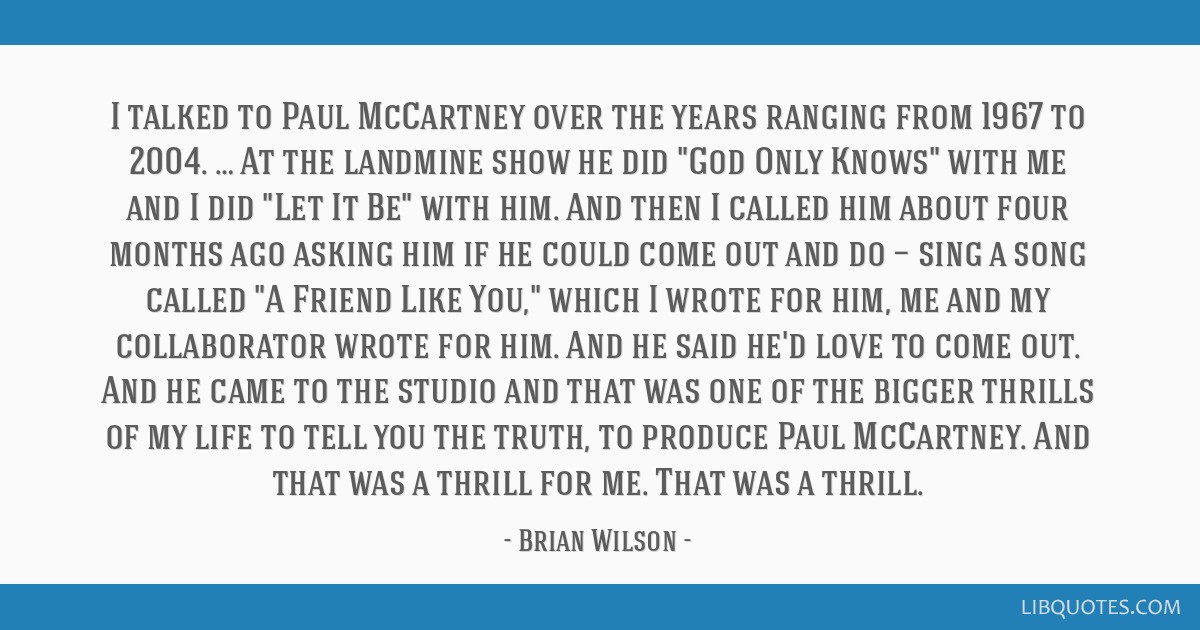 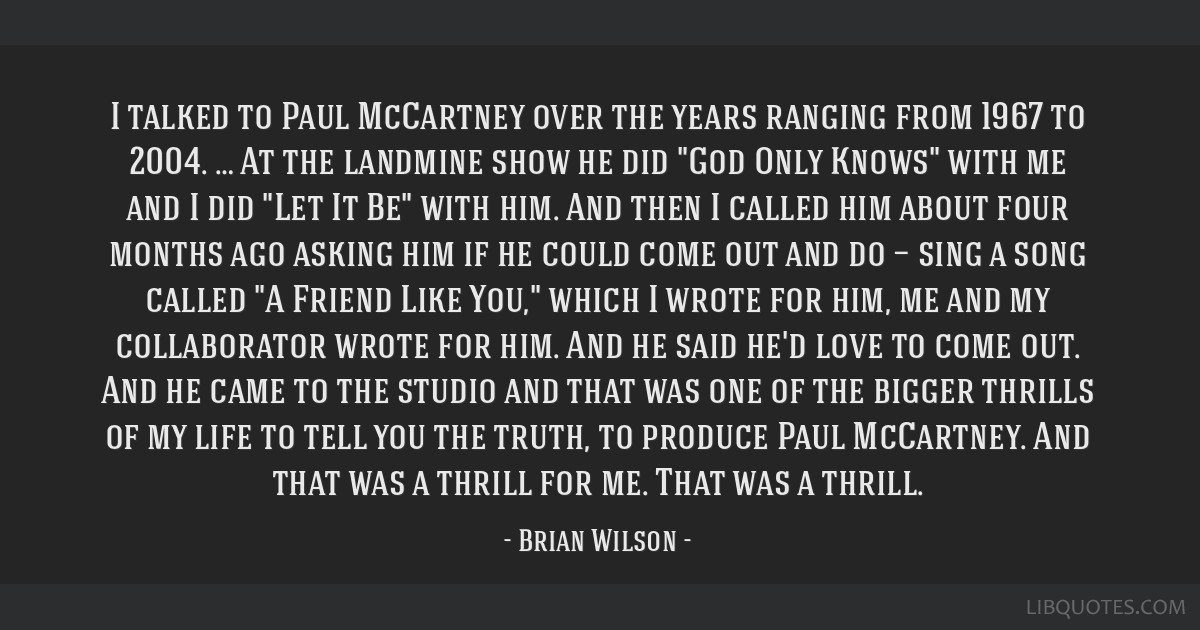 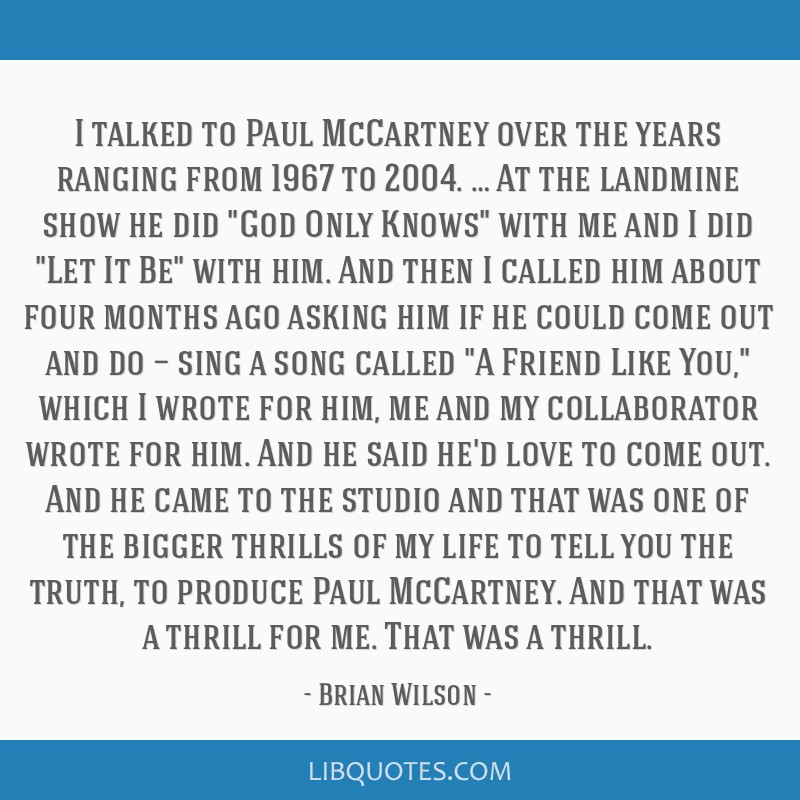 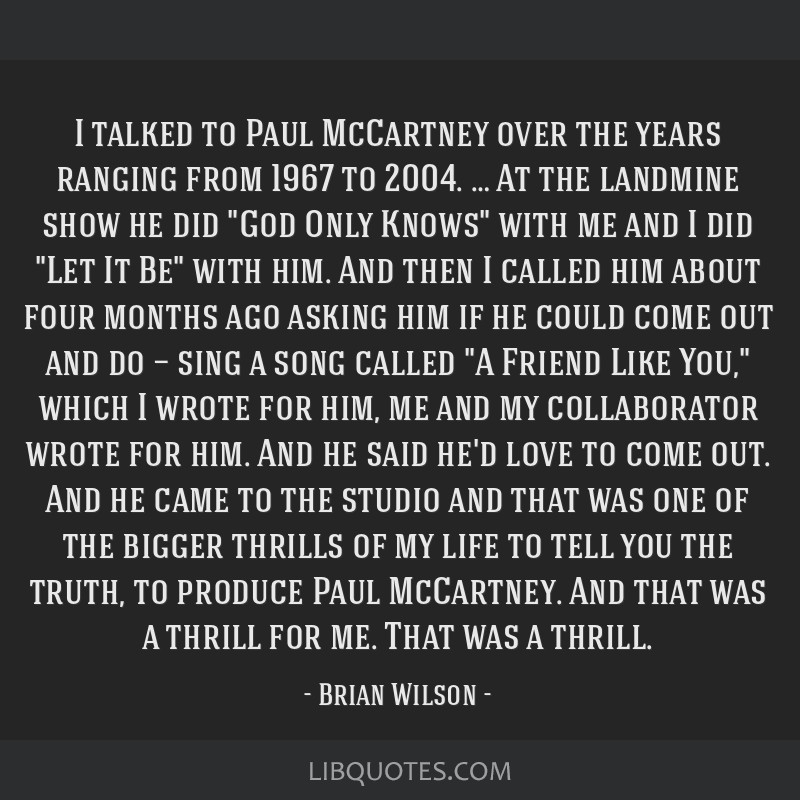 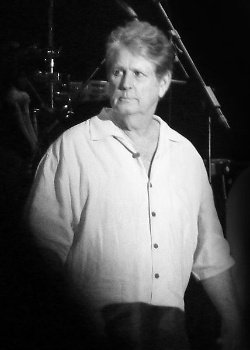