The world's made up of individuals who don't want to be heroes.

Brian Moore
There comes a point in many people's lives when they can no longer play the role they have chosen for themselves. When that happens, we are like actors finding that someone has changed the play.

Brian Moore
Research is usually a policeman stopping a novel from progressing.

Brian Moore
If you read twenty or thirty pages by a writer, and want to continue, you are in his sea and swimming in that sea. He can write quite badly after that. Because by that time, you're in his sea, and you're moving forward. 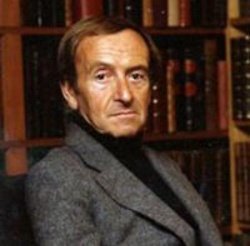 Wikipedia
Born: August 25, 1921
Died: January 11, 1999 (aged 77)
Bio: Brian Moore, who has been described as "one of the few genuine masters of the contemporary novel", was a novelist and screenwriter from Northern Ireland who emigrated to Canada and later lived in the United States.
Known for: