When we use the term pig, for example, we are referring to the people who systematically violate the peoples' constitutional rights- whether they be monopoly capitalists or police. The term is now being adopted by radicals, hippies, and minority peoples. Even the workers, when the pigs supported strike-breakers like they did as Union Oil where 100 local police came in a cracked strikers' heads, began to call them by their true name.

Interview with The Guardian (February 1970) 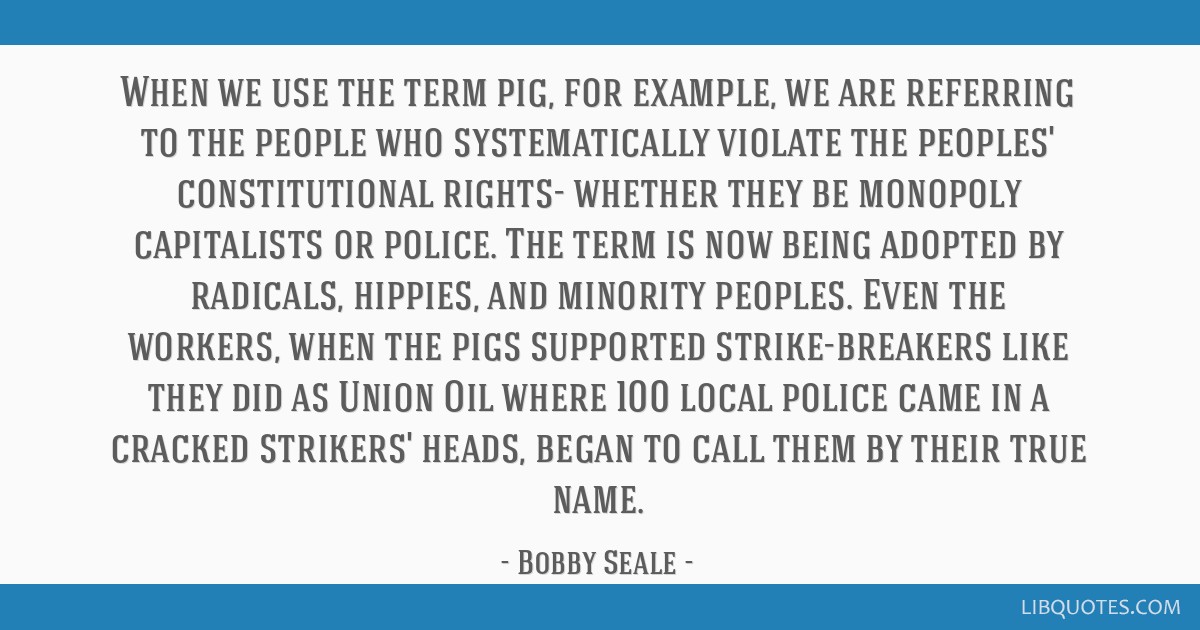 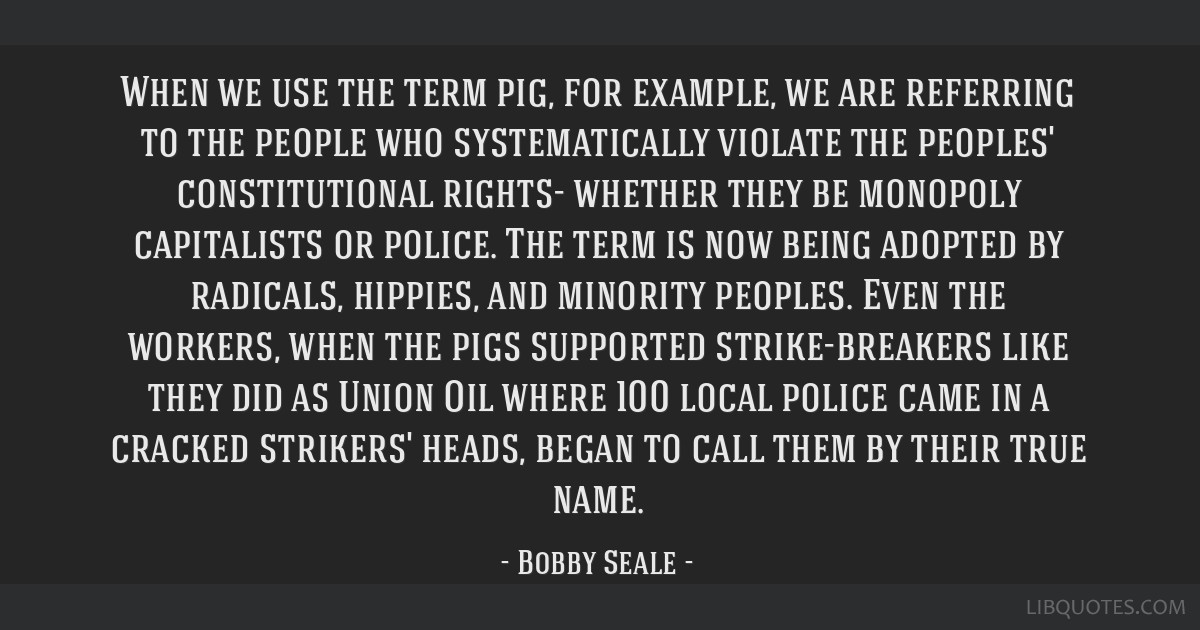 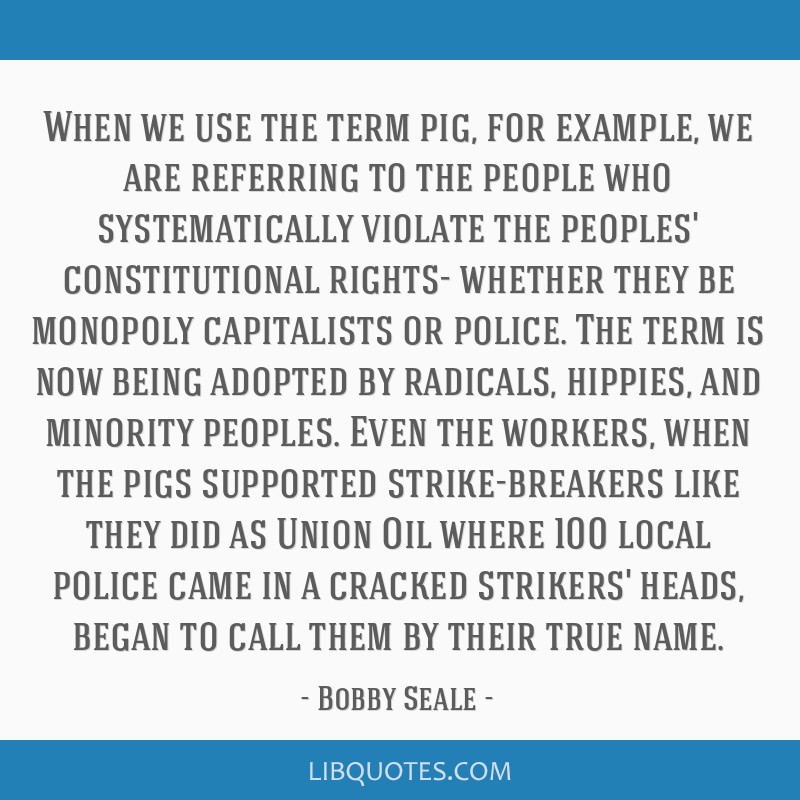 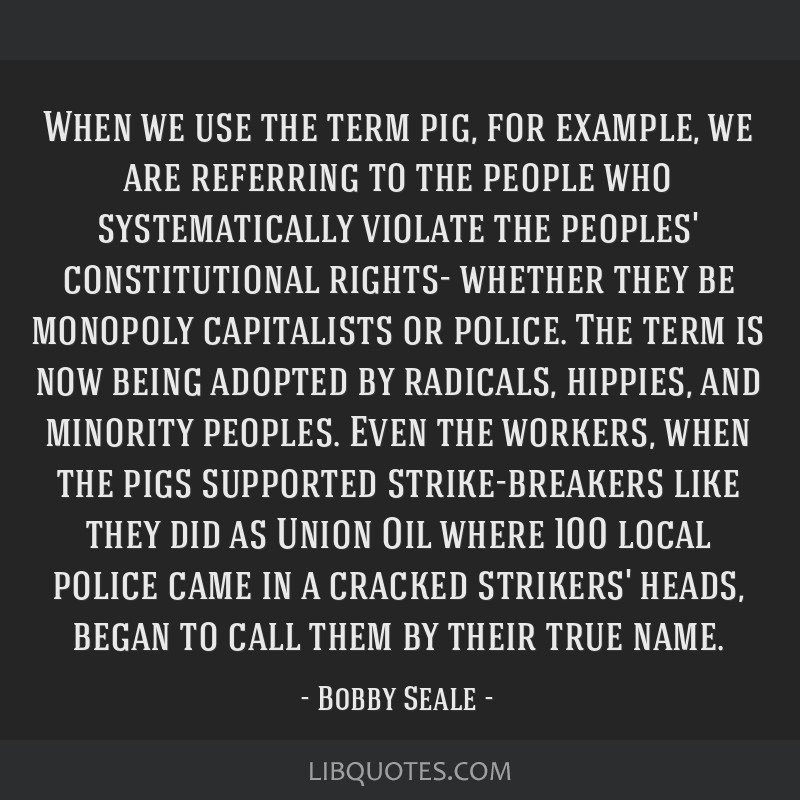 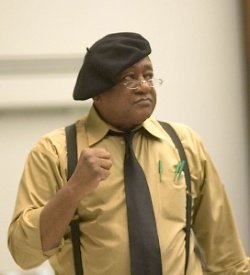