It's not a character like in a book or a movie. He's not a bus driver. He doesn't drive a forklift. He's not a serial killer. It's me who's singing that, plain and simple. We shouldn't confuse singers and performers with actors. Actors will say, My character this, and my character that. Like beating a dead horse. Who cares about the character? Just get up and act. You don't have to explain it to me. 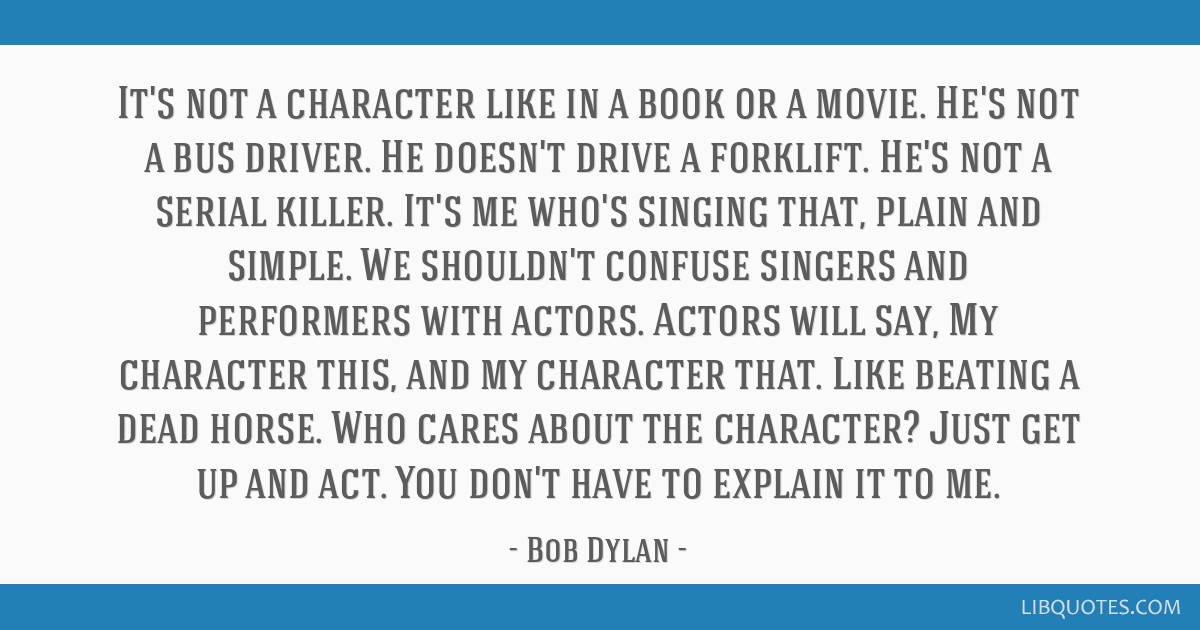 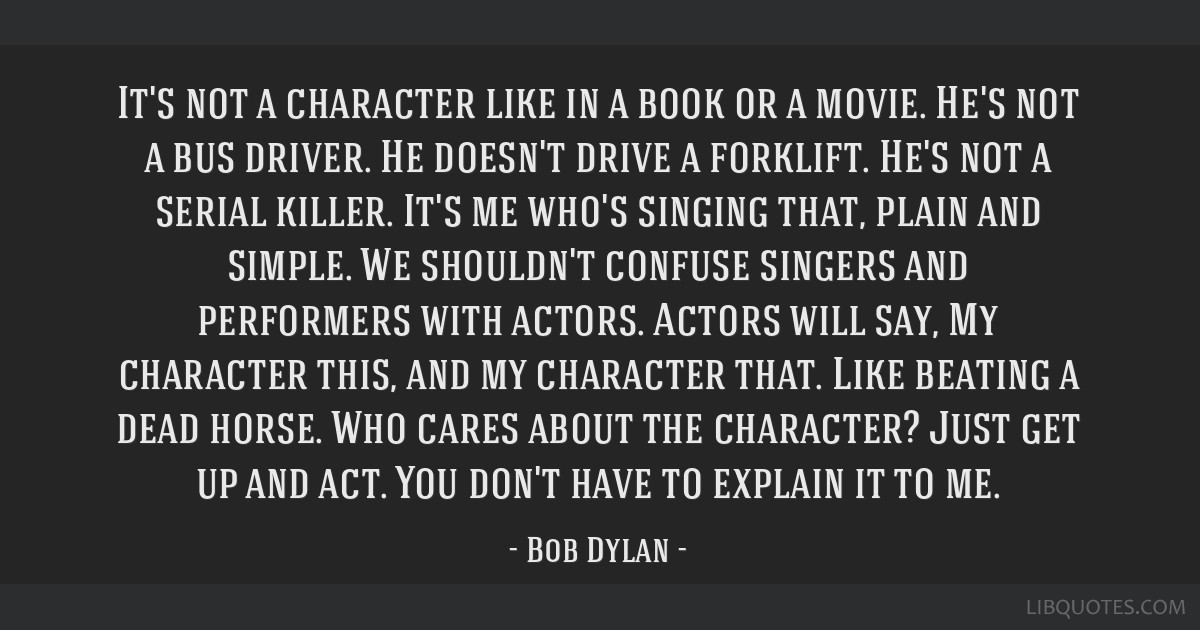 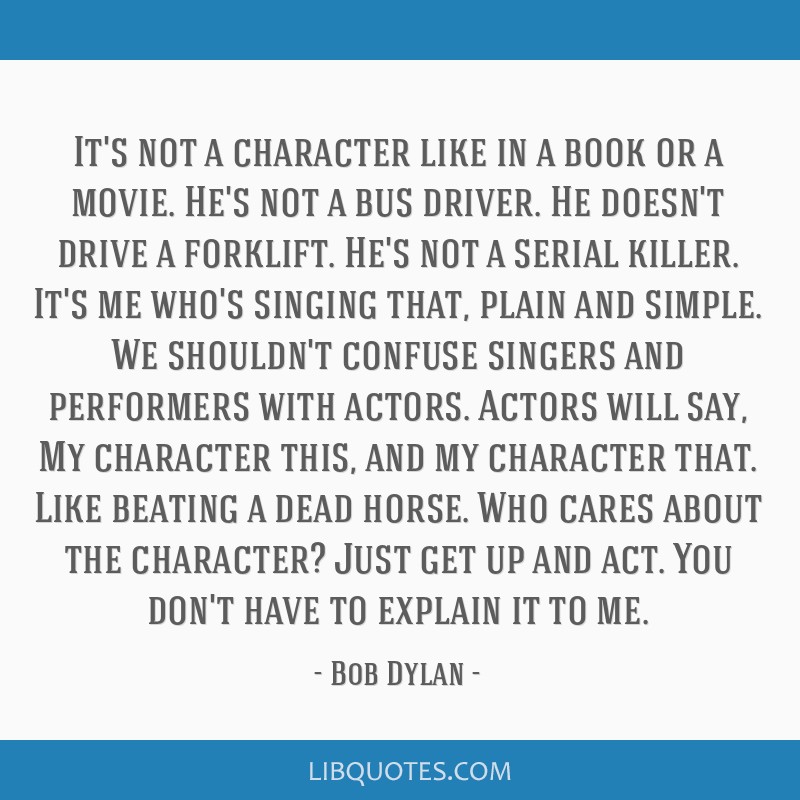 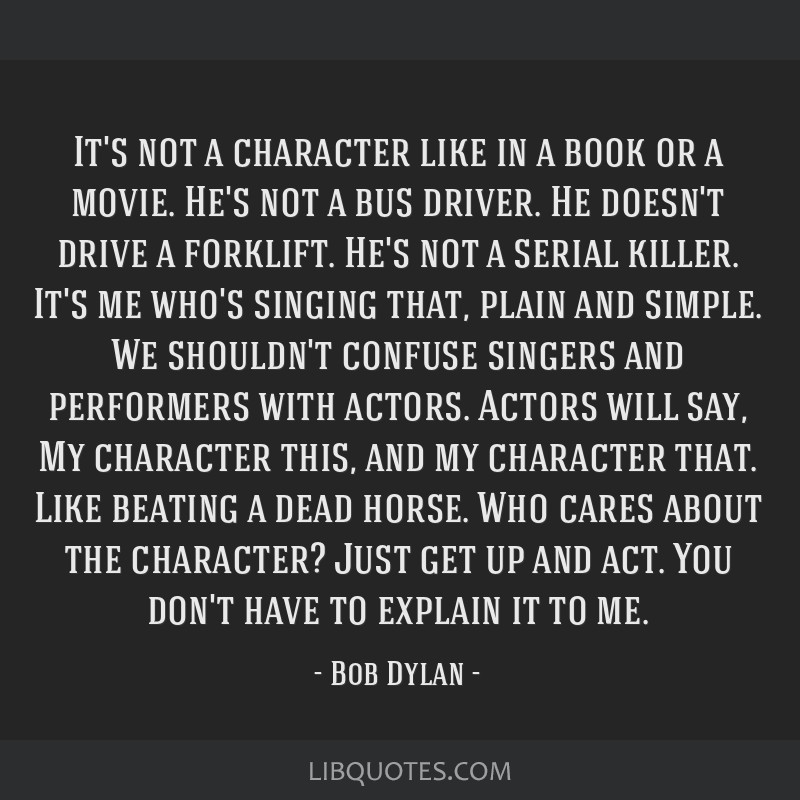 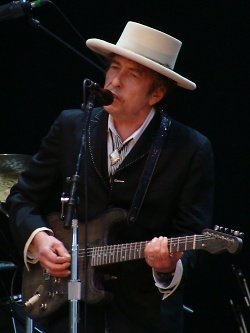