You know we armed Iraq. I wondered about that too, you know. During the Persian Gulf war, those intelligence reports would come out: "Iraq: incredible weapons – incredible weapons." "How do you know that?" "Uh, well … we looked at the receipts. But as soon as that check clears, we're goin' in. What time's the bank open? Eight? We're going in at nine. We're going in for God and country and democracy and here's a fetus and he's a Hitler. Whatever you fucking need, let's go. Get motivated behind this, let's go!" 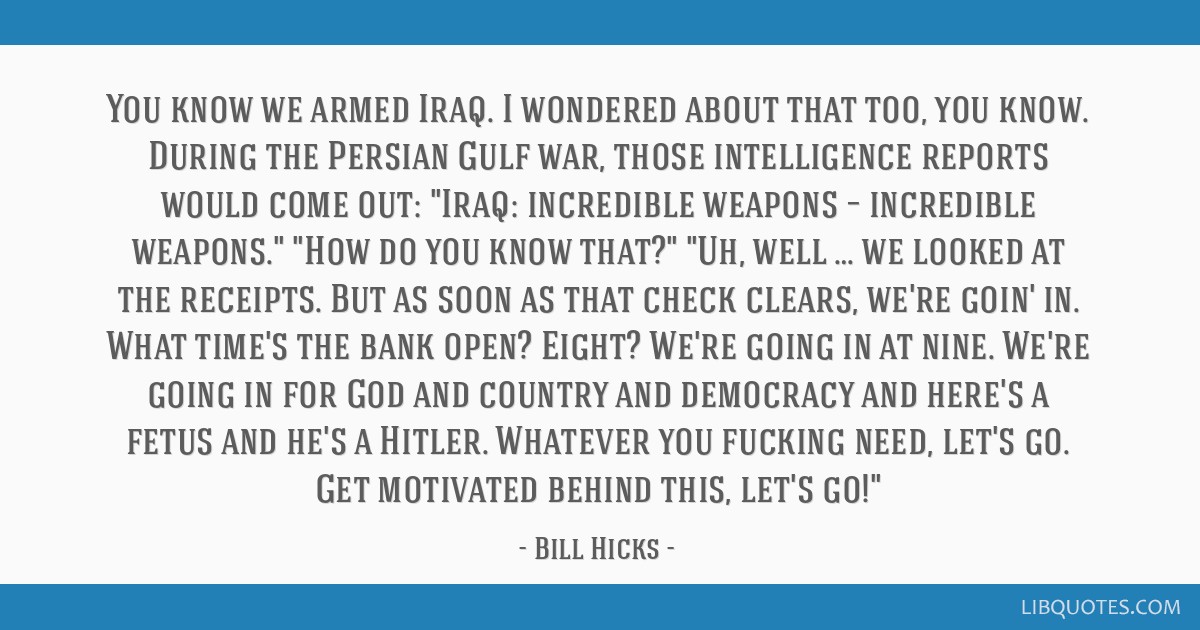 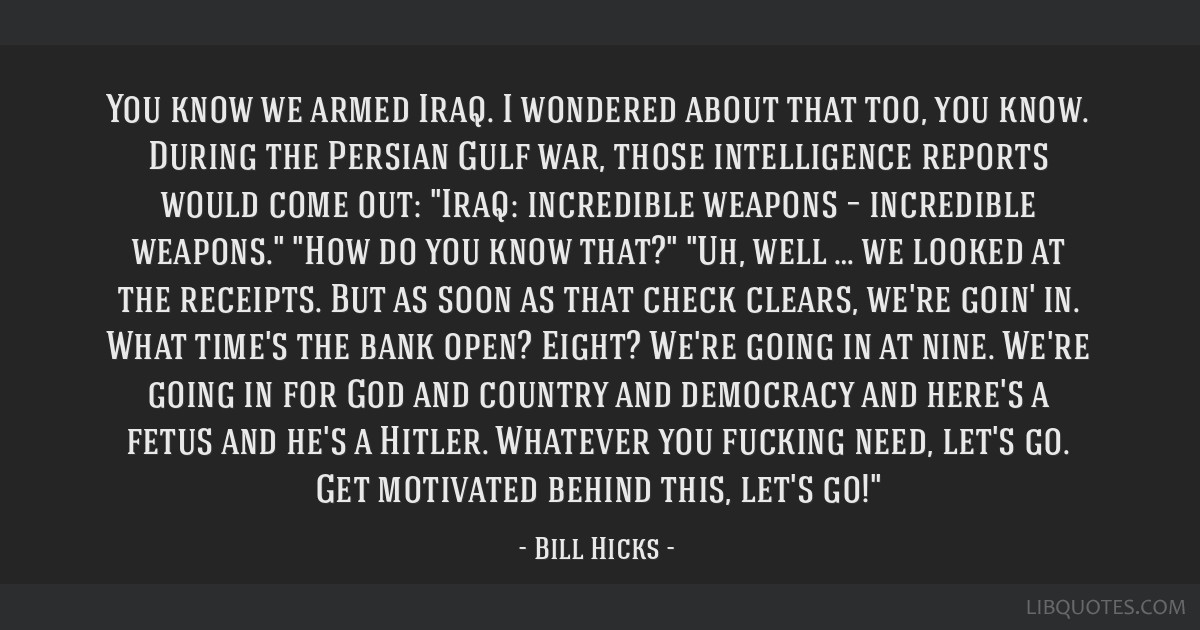 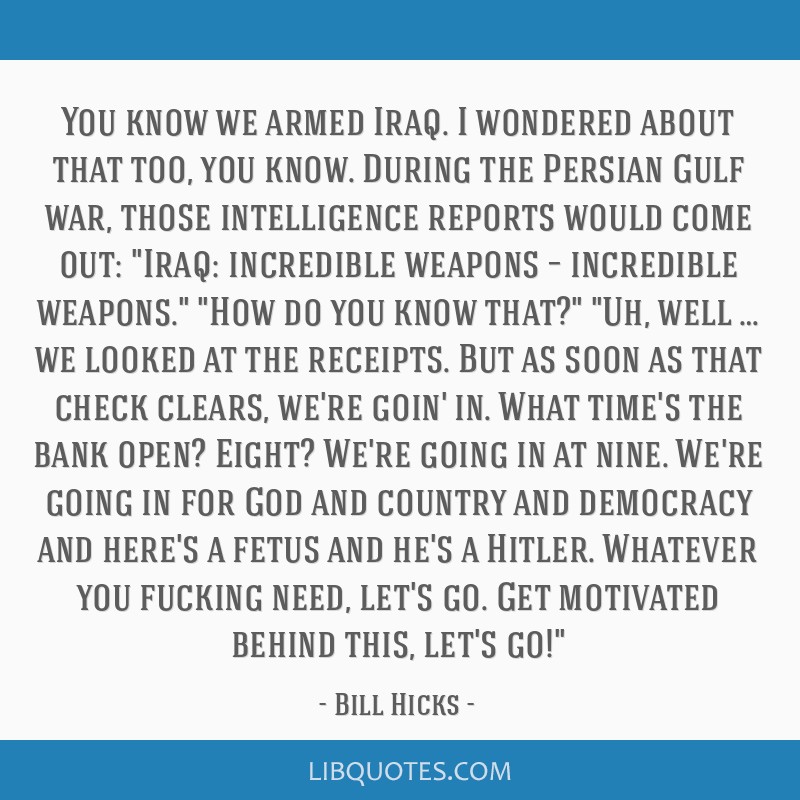 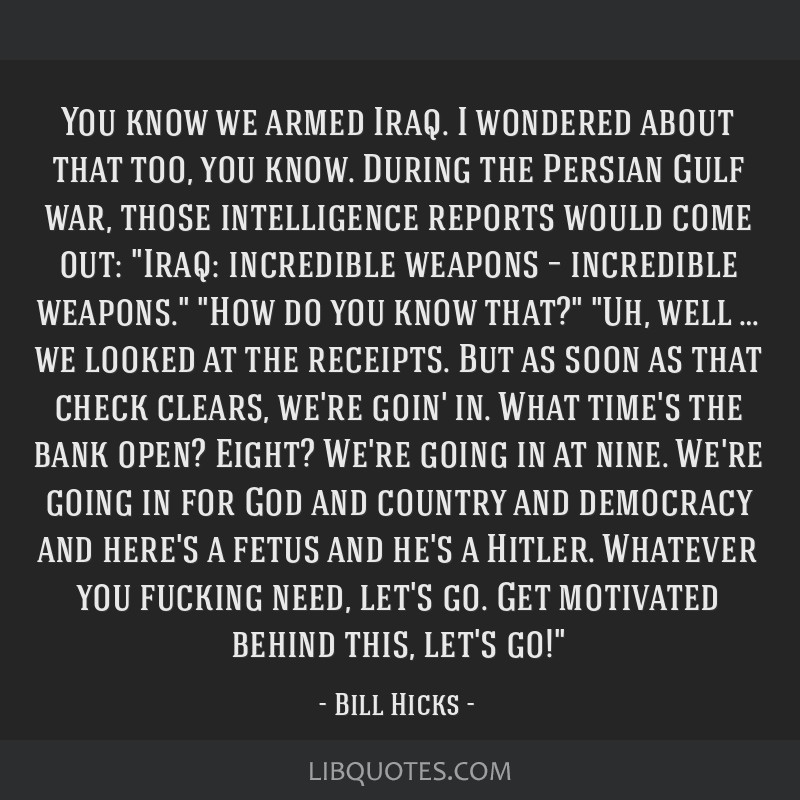 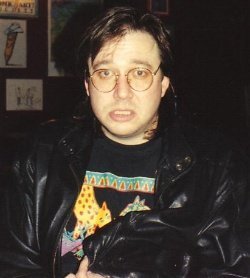