To the Muslims, a Hindu (and any non-Muslim) is a Kafir. A Kafir (non-believer in Islam) is not worthy of respect. He is a low born and without status. That is why a country ruled by the kafir (non-muslim) is a 'Dar ul harb' (i. e. the land of war) to a Muslim, which must be conquered, by any means for the Muslims and turned into 'Dar ul Islam' (i. e., land of Muslims alone). Given this, not further evidence seems necessary to prove that the Muslims will not obey a Hindu (or for that matter any non-Muslim) government.

Pakistan or The Partition of India (1946) 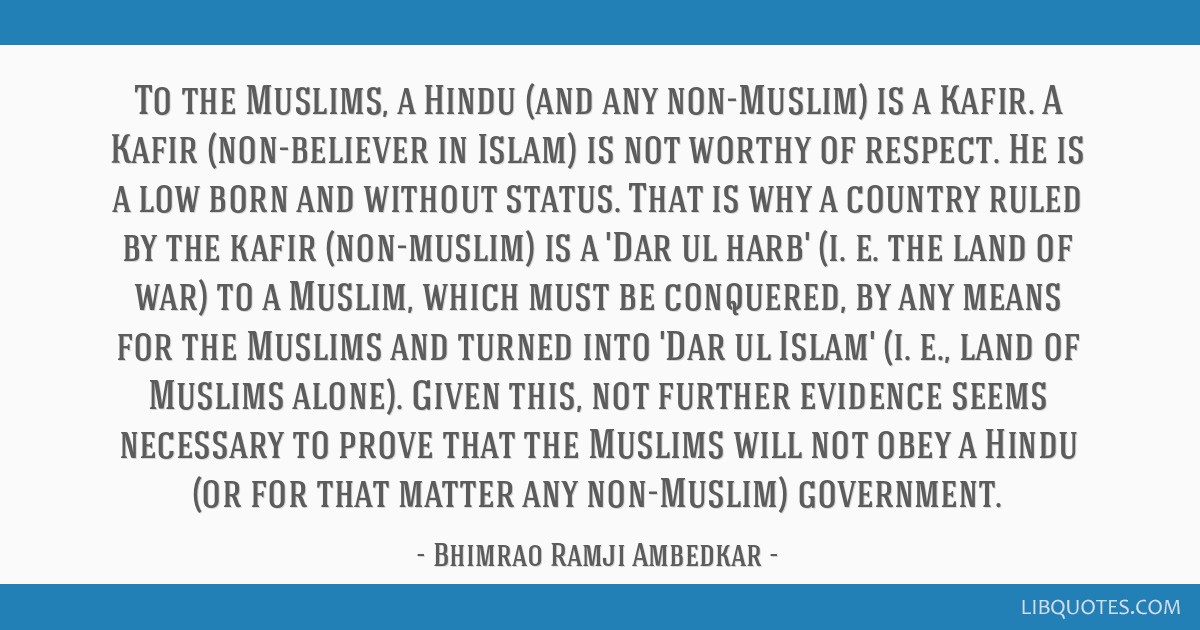 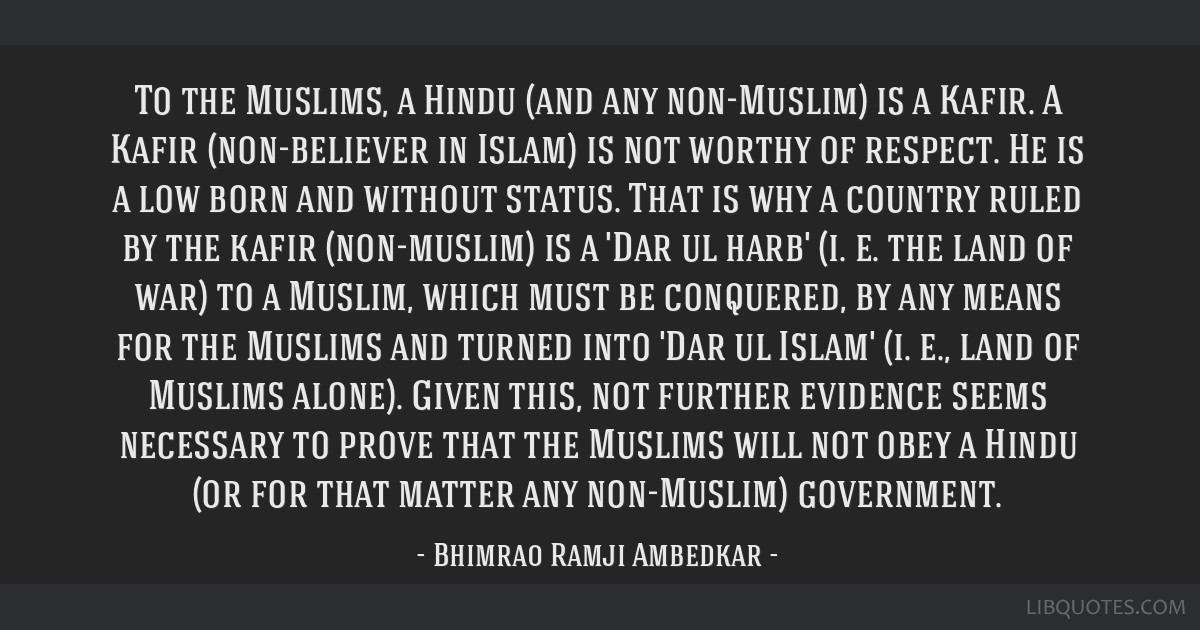 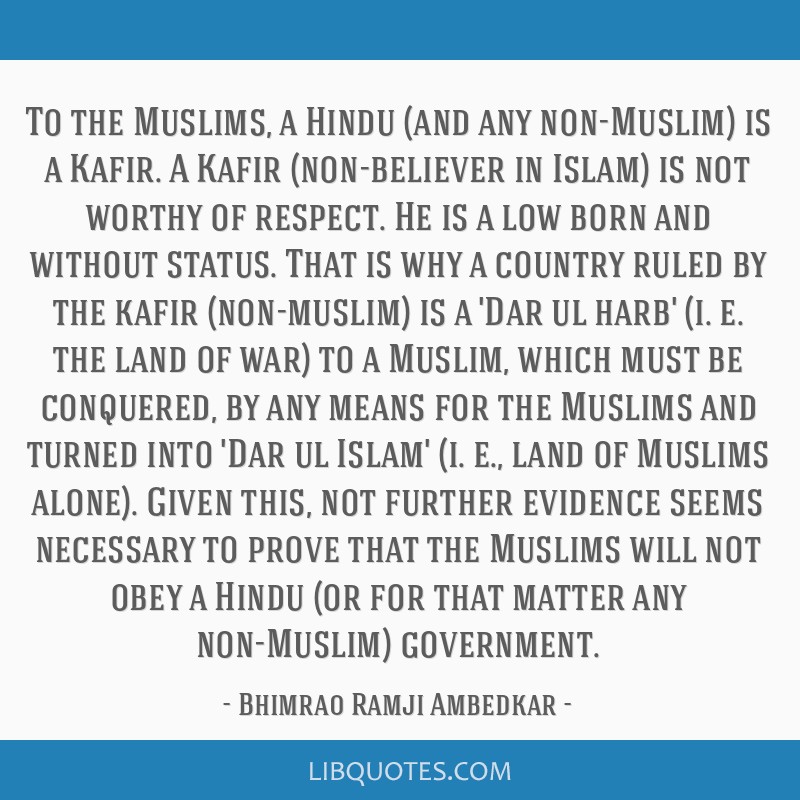 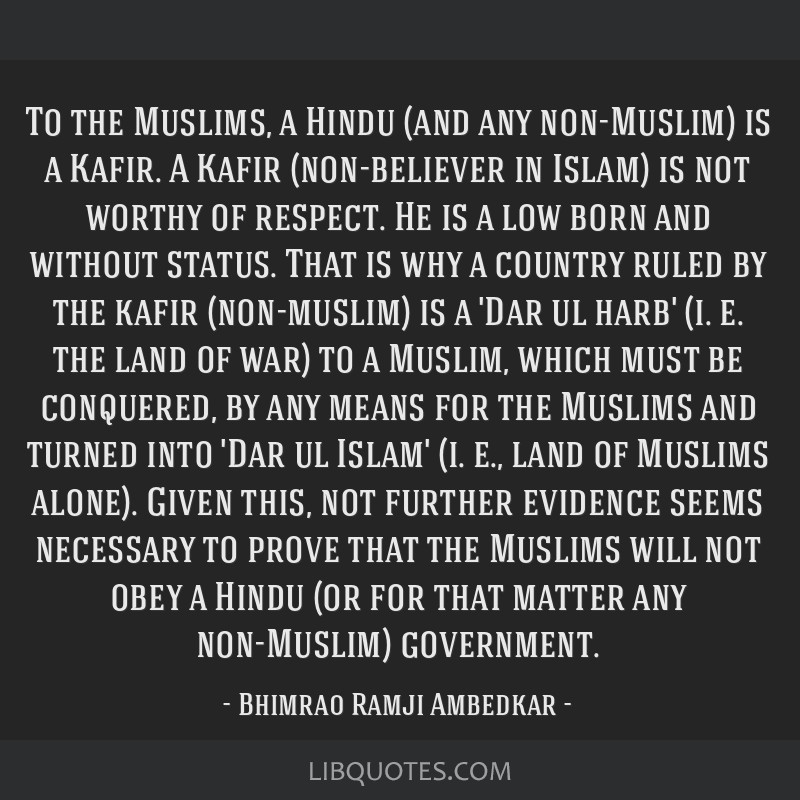 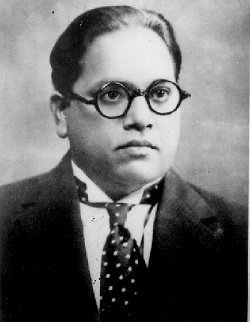