When I found myself regarded as respectable, I began to wonder what sins I had committed. I must be very wicked, I thought. I began to engage in the most uncomfortable introspection.

Interview with Irwin Ross, September 1957; If there were a God, I think it very unlikely that he would have such an uneasy vanity as to be offended by those who doubt his existence. Collected Papers of Bertrand Russell (2005), p. 385 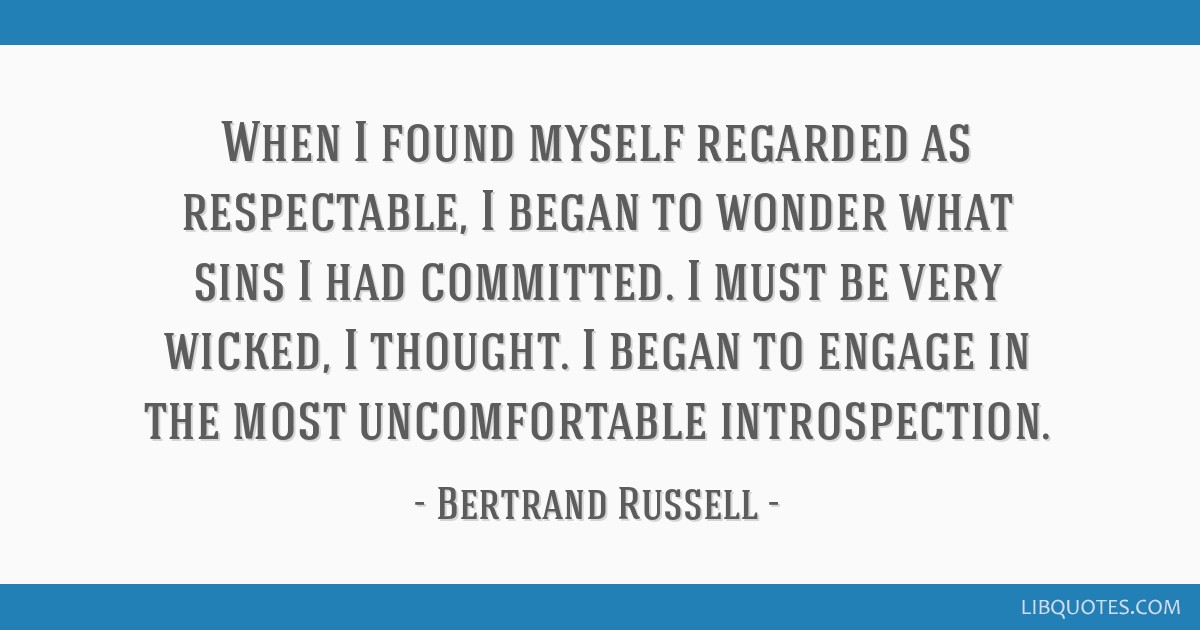 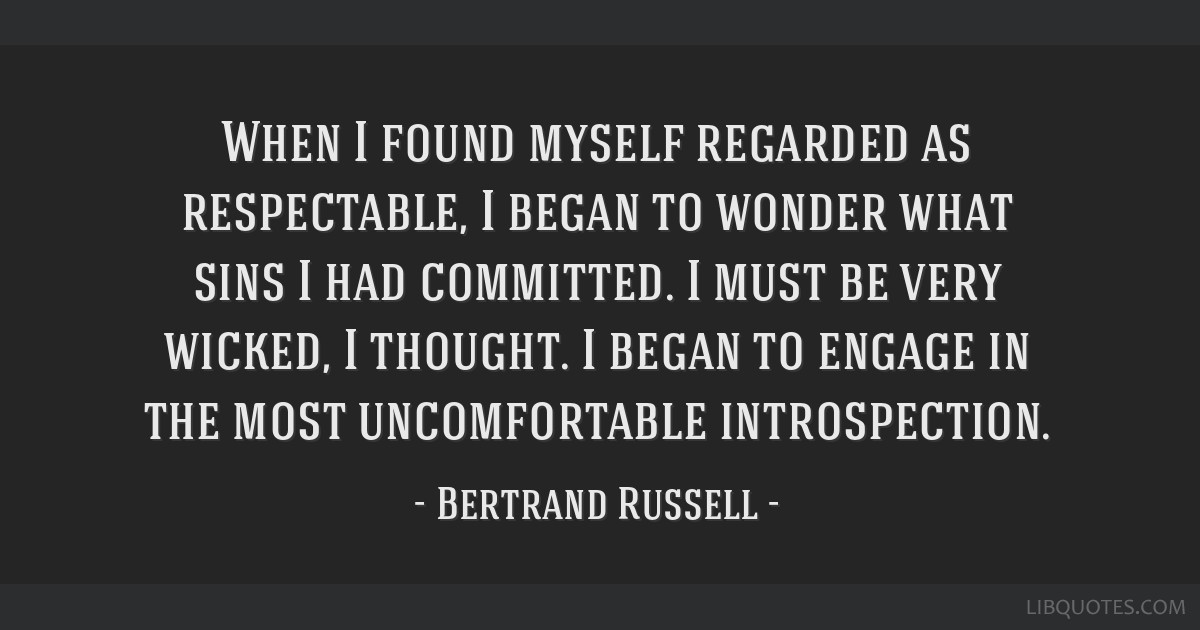 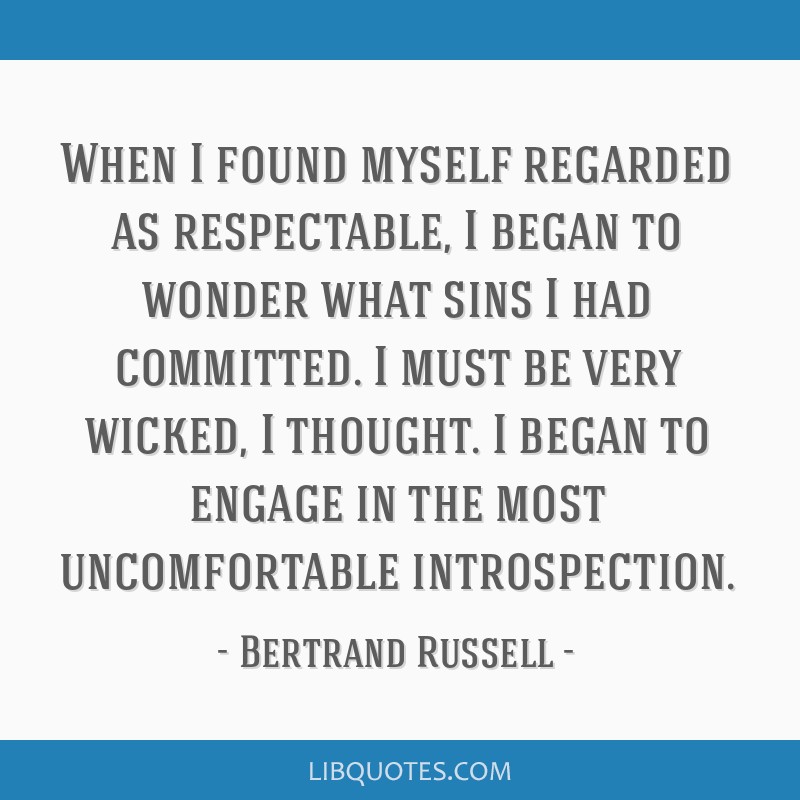 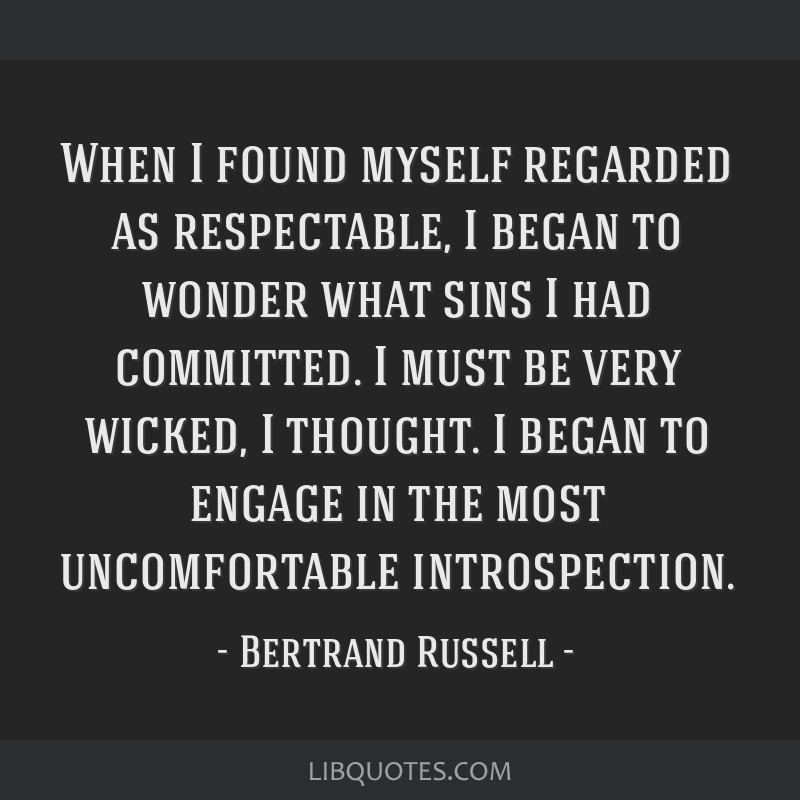