People will tell us that without the consolations of religion they would be intolerably unhappy. So far as this is true, it is a coward's argument. Nobody but a coward would consciously choose to live in a fool's paradise. When a man suspects his wife of infidelity, he is not thought the better of for shutting his eyes to the evidence. And I cannot see why ignoring evidence should be contemptible in one case and admirable in the other. 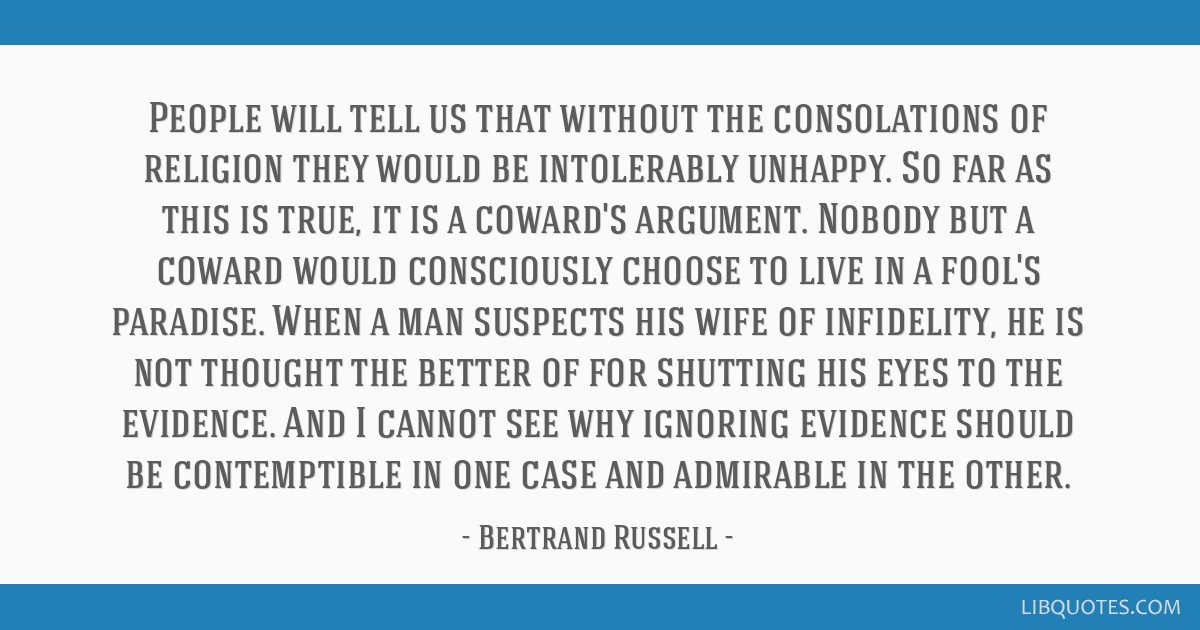 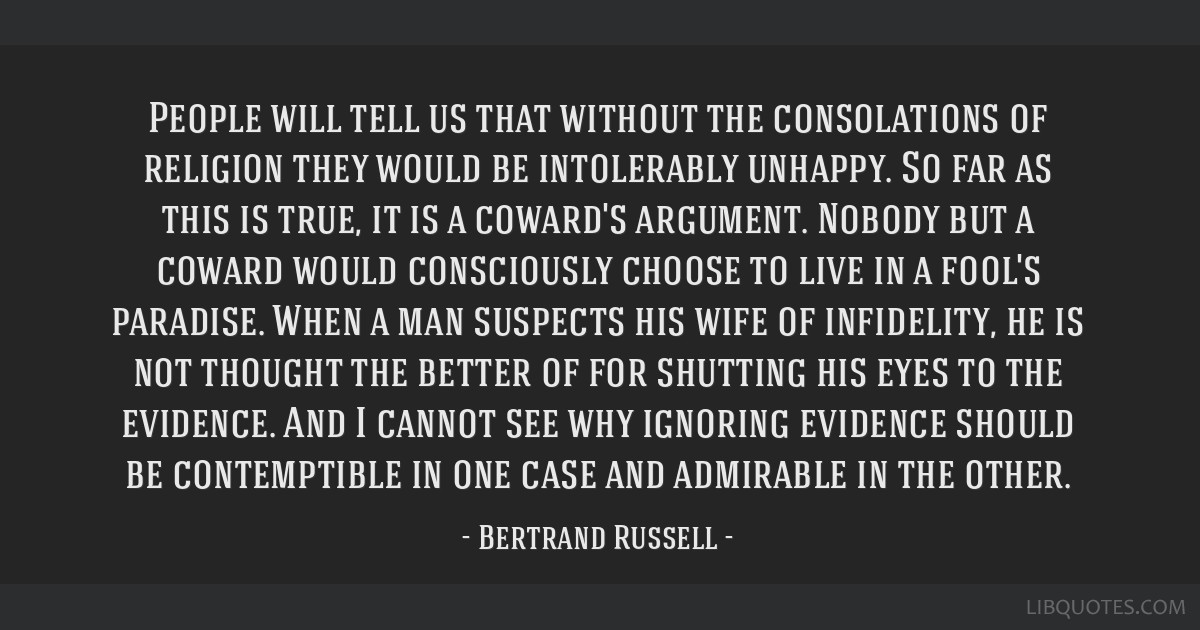 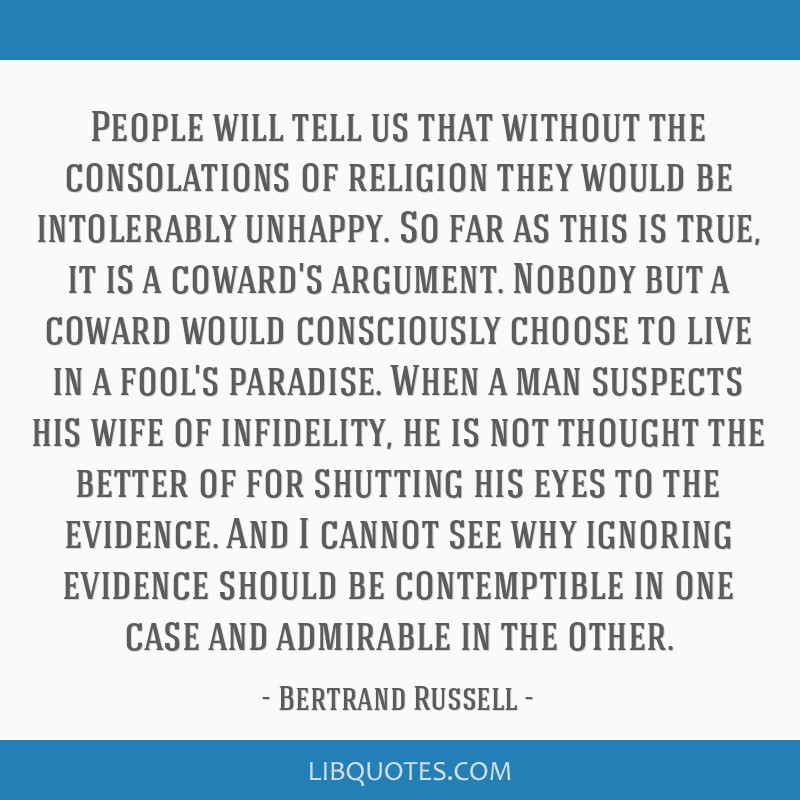 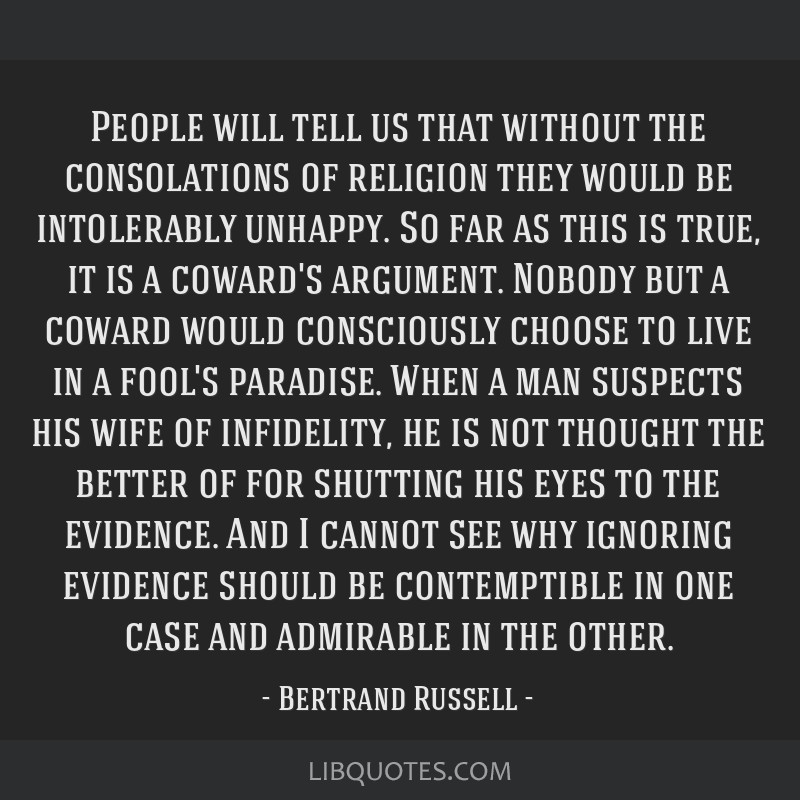