As geological time goes, it is but a moment since the human race began and only the twinkling of an eye since the arts of civilization were first invented. In spite of some alarmists, it is hardly likely that our species will completely exterminate itself. And so long as man continues to exist, we may be pretty sure that, whatever he may suffer for a time, and whatever brightness may be eclipsed, he will emerge sooner or later, perhaps strengthened and reinvigorated by a period of mental sleep. The universe is vast and men are but tiny specks on an insignificant planet. But the more we realize our minuteness and our impotence in the face of cosmic forces, the more astonishing becomes what human beings have achieved.

"If We are to Survive this Dark Time", The New York Times Magazine (3 September 1950) 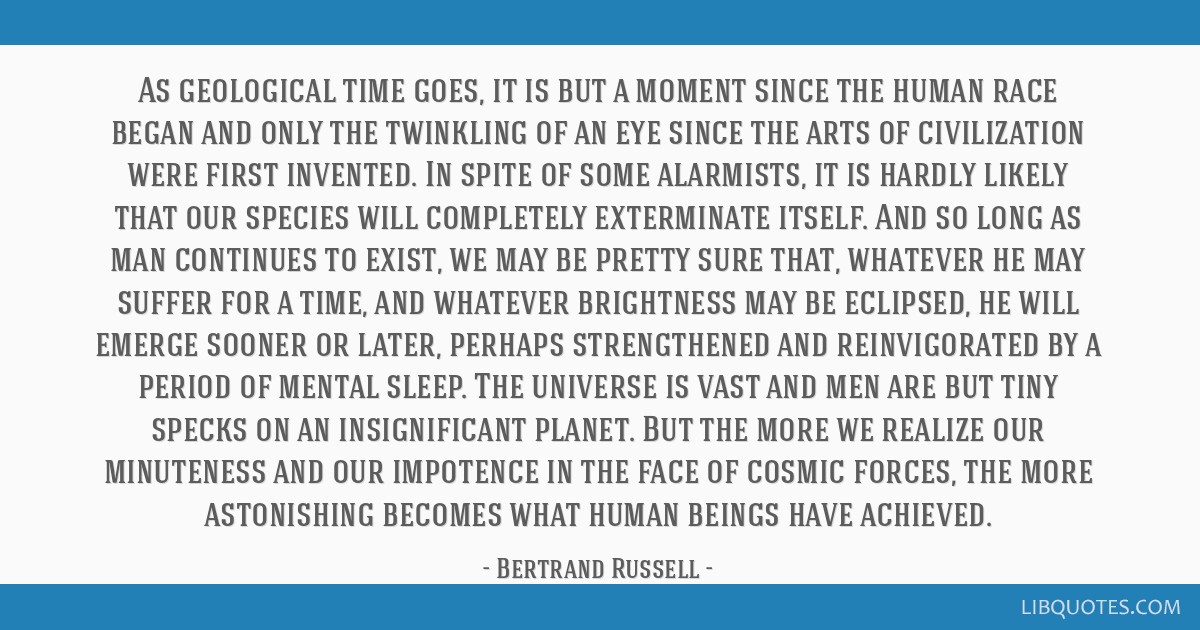 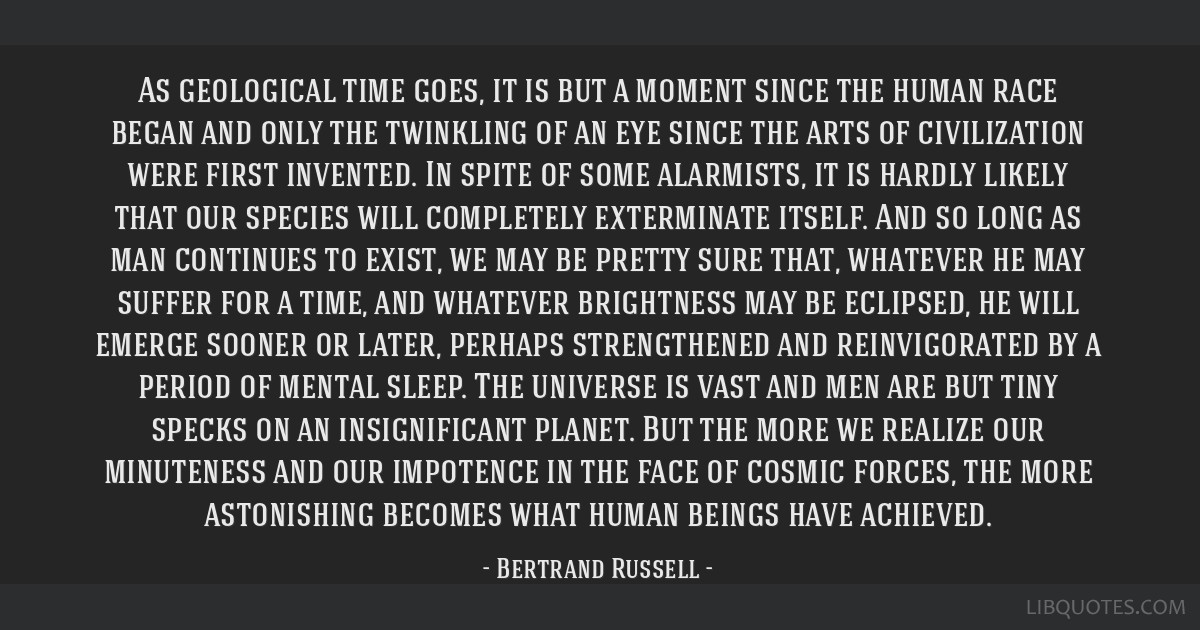 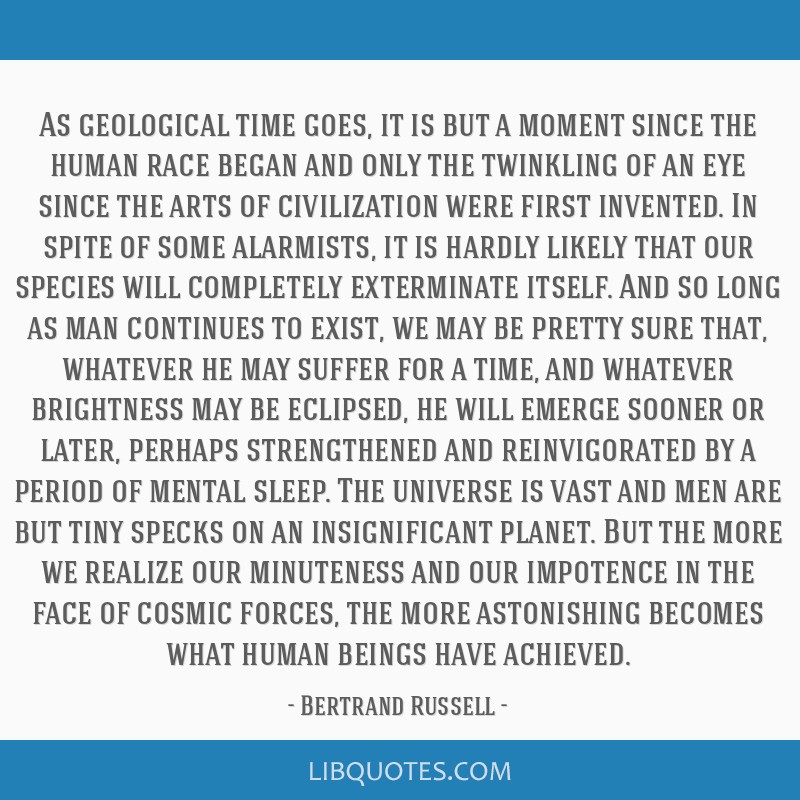 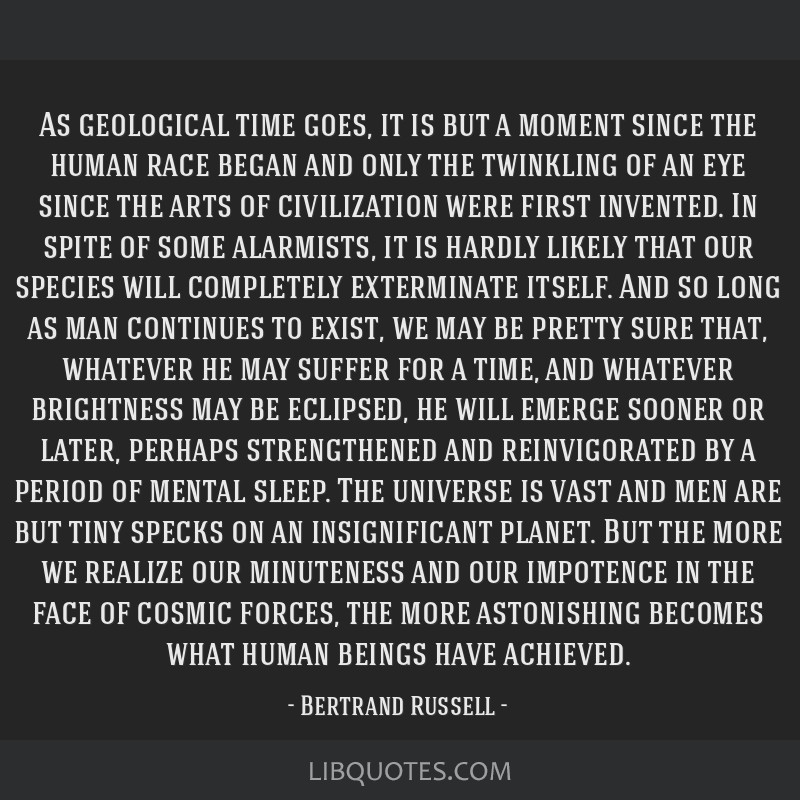