If you think that your belief is based upon reason, you will support it by argument, rather than by persecution, and will abandon it if the argument goes against you. But if your belief is based on faith, you will realize that argument is useless, and will therefore resort to force either in the form of persecution or by stunting and distorting the minds of the young in what is called "education". This last is particularly dastardly, since it takes advantage of the defencelessness of immature minds. Unfortunately it is practiced in greater or less degree in the schools of every civilised country. 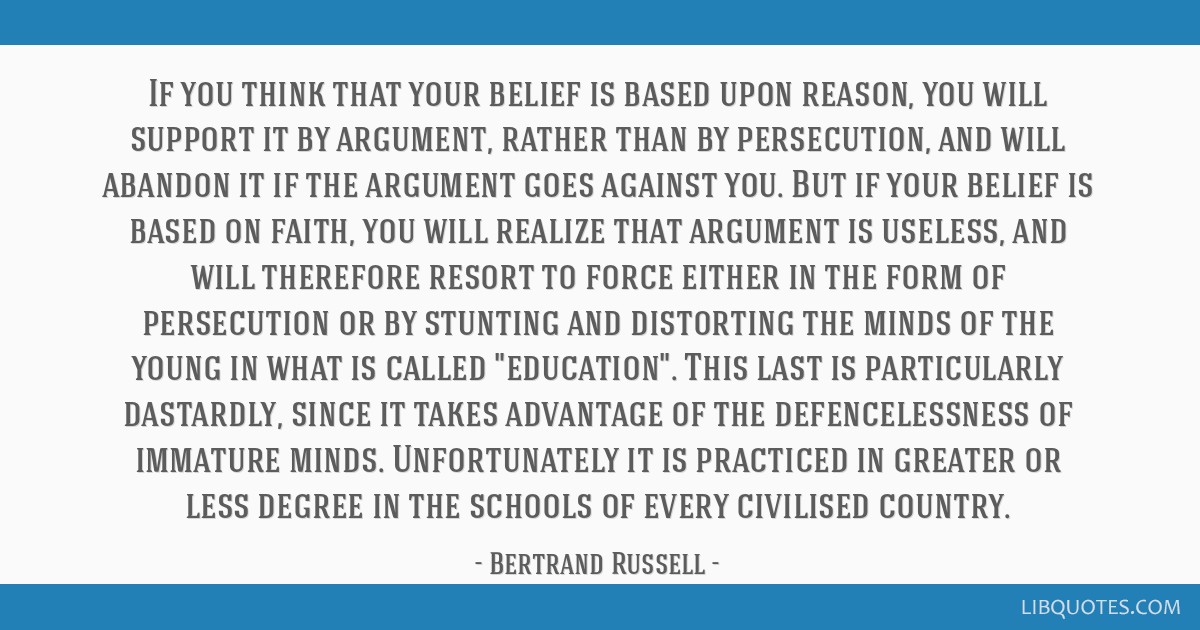 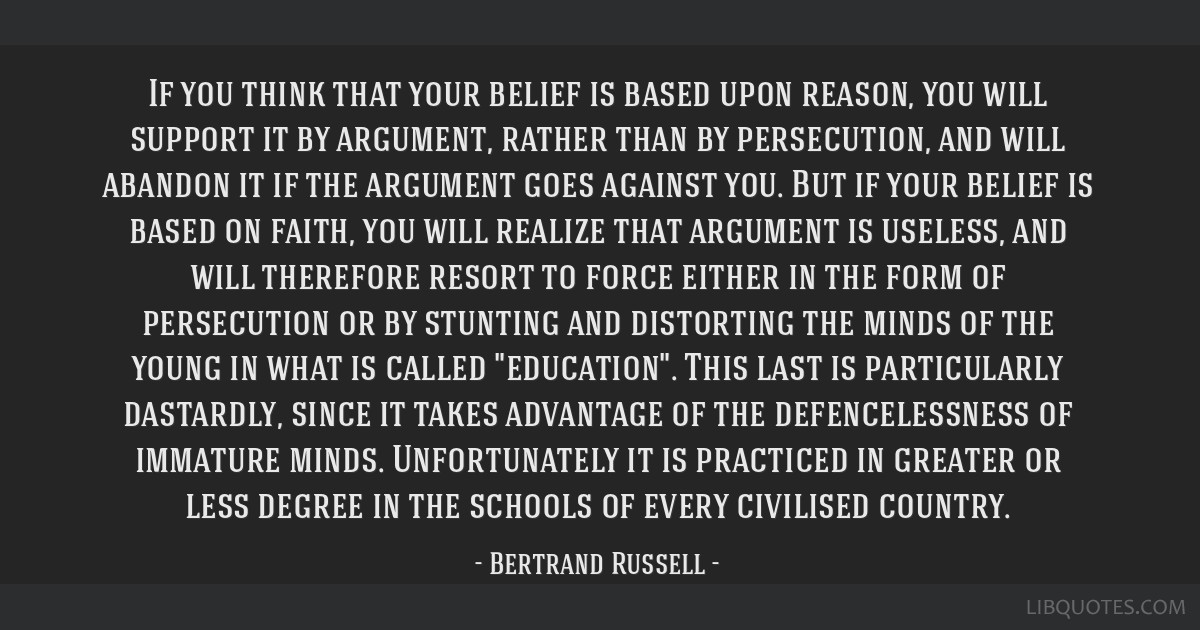 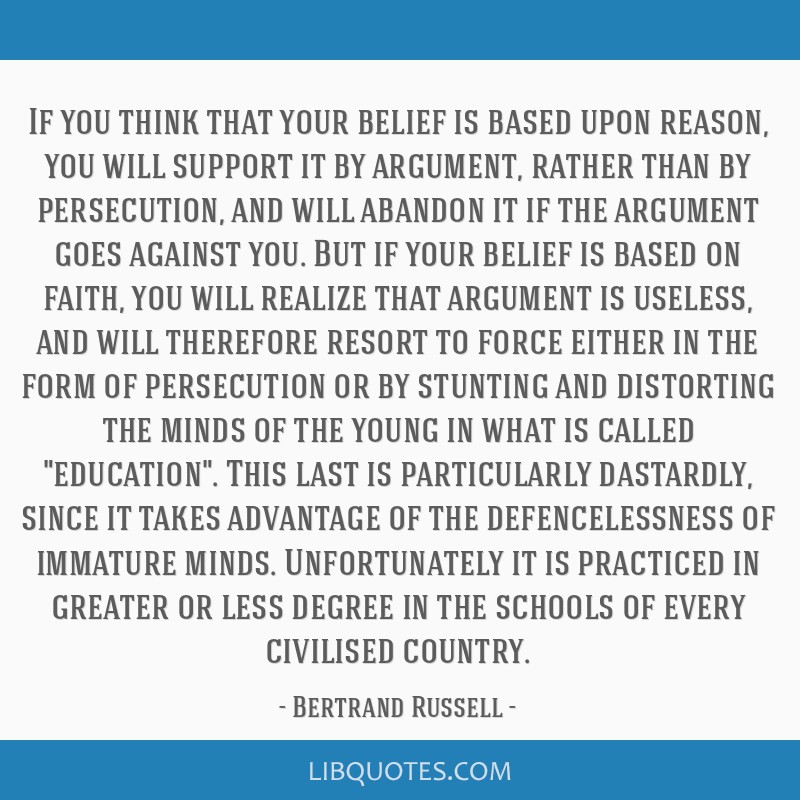 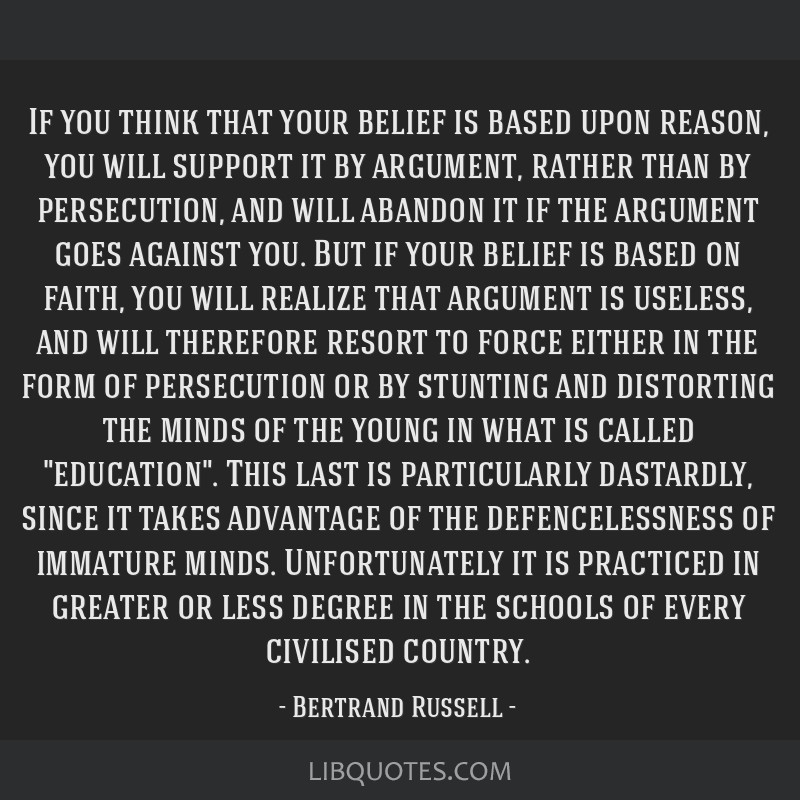