Since Adam and Eve ate the apple, man has never refrained from any folly of which he was capable. The End.

Full text of Russell's book History of the World in Epitome (For Use in Martian Infant Schools), written in 1959 and published on his ninetieth birthday, as quoted in Slater Bertrand Russell (1994), p. 136 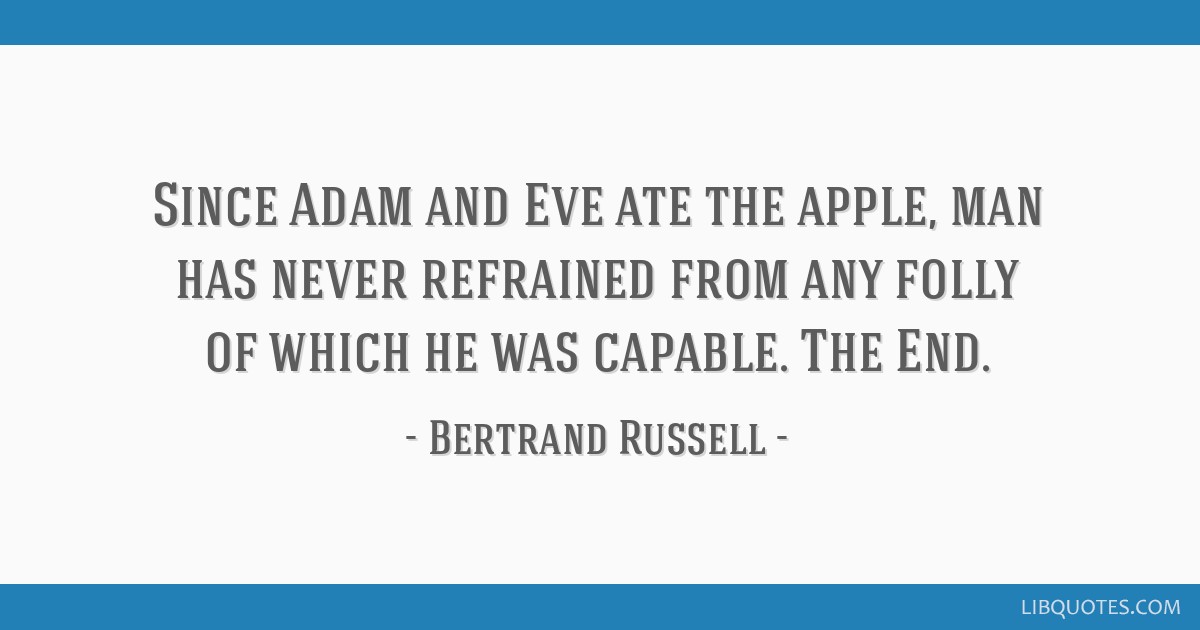 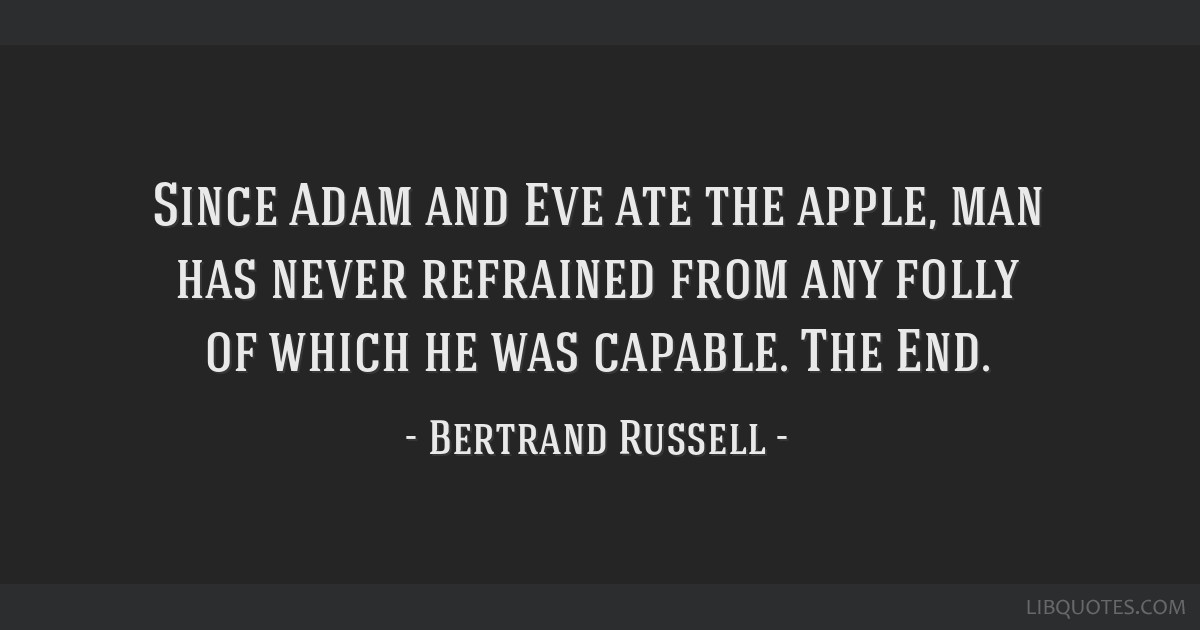 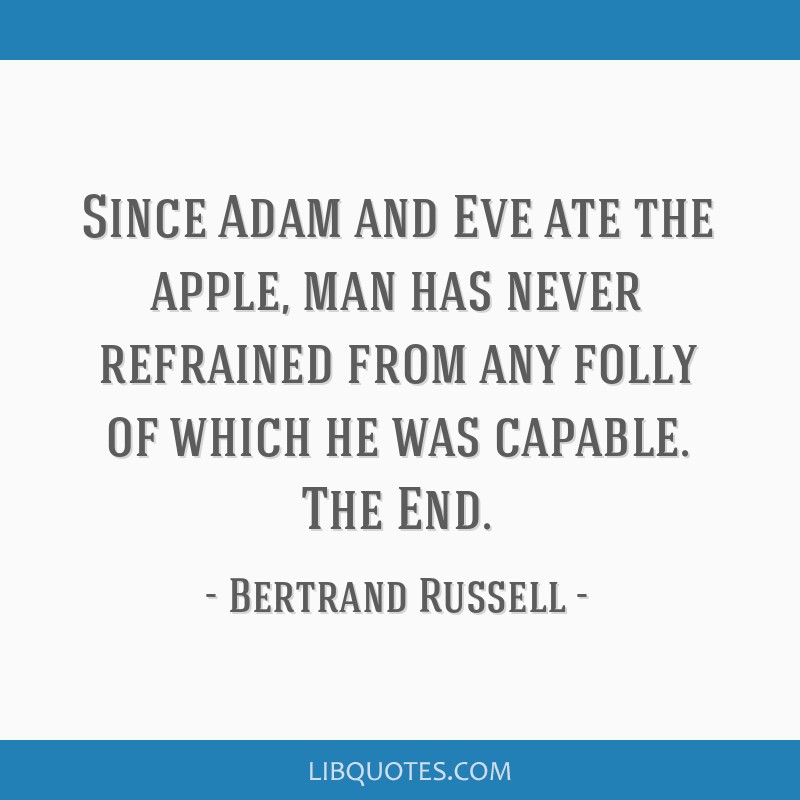 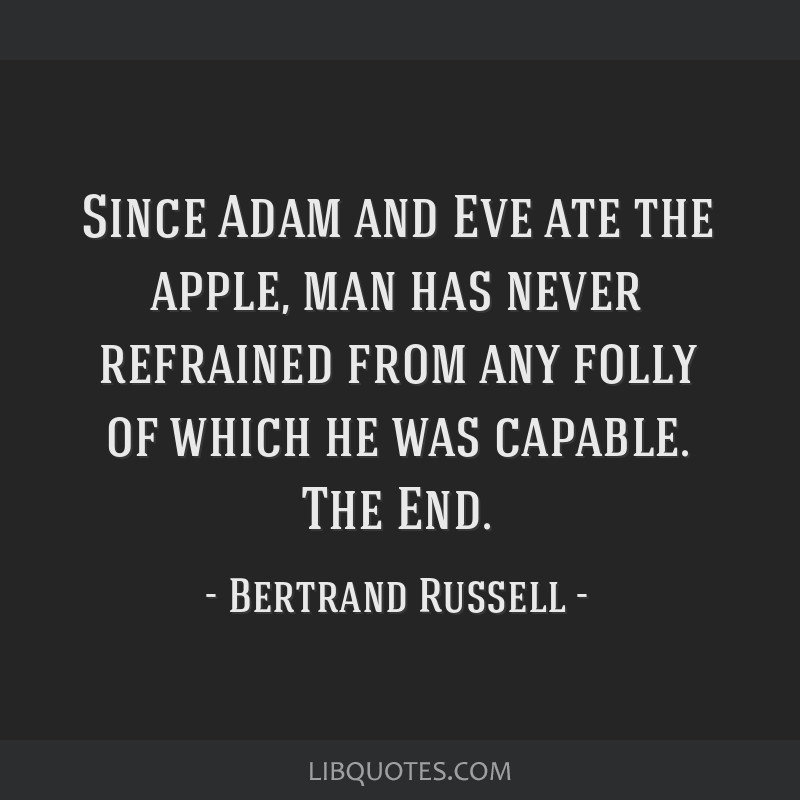 The great and almost only comfort about being a woman is that one can always pretend to be more stupid than one is and no one is surprised.
Freya Stark