On January 20, as we observed my father's eighty fifth birthday and the King holiday, my brothers Dexter Scott King and Martin Luther King III notified me that they want to sell our father's most prized possessions; his personal traveling bible and Nobel Peace Prize awarded fifty years ago this year. The same bible that President Barack Obama was inaugurated on for his second term in office, in which he signed afterwards. 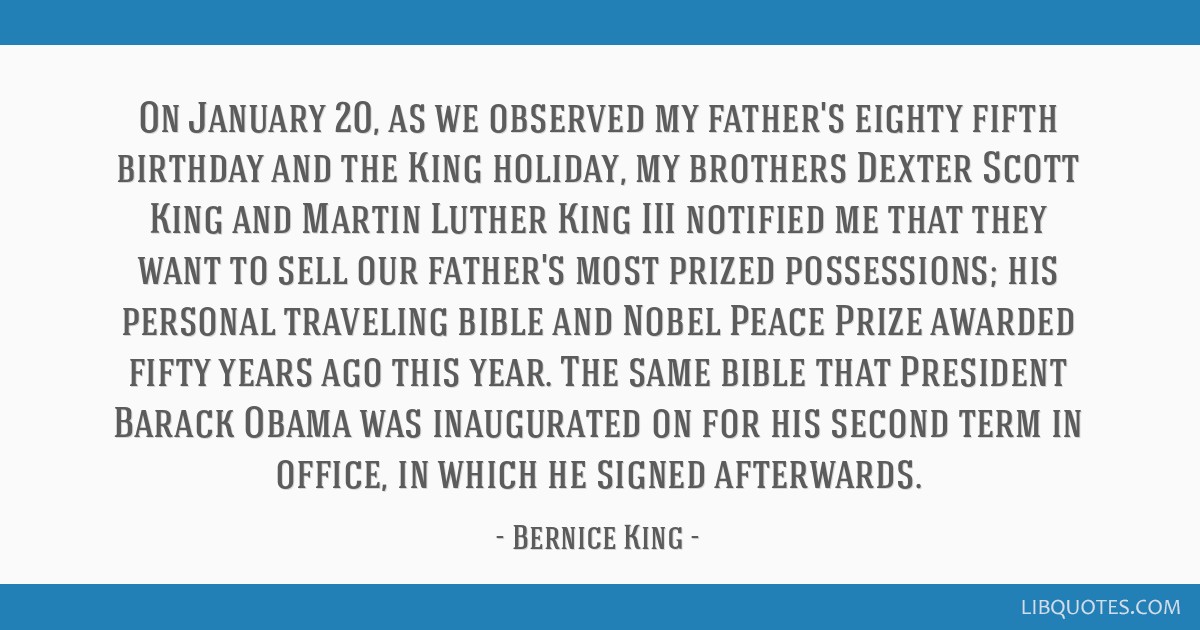 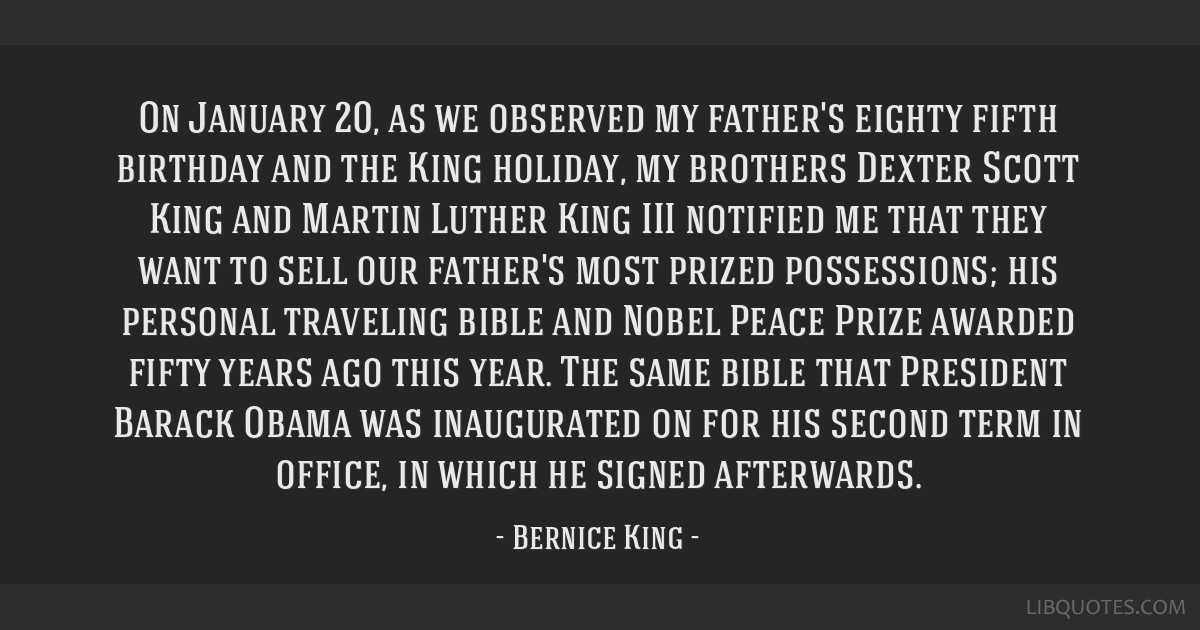 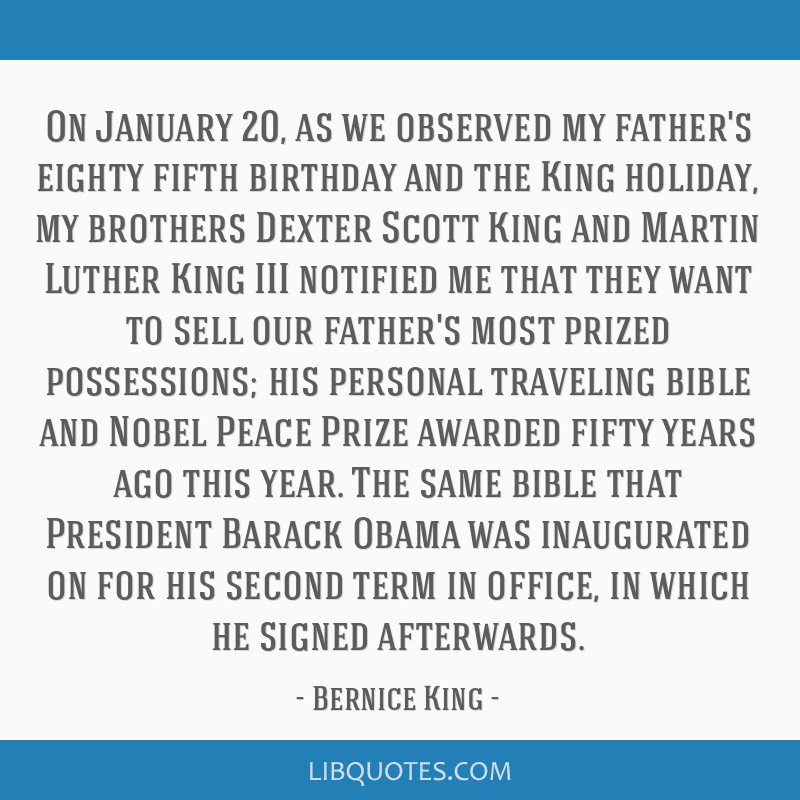 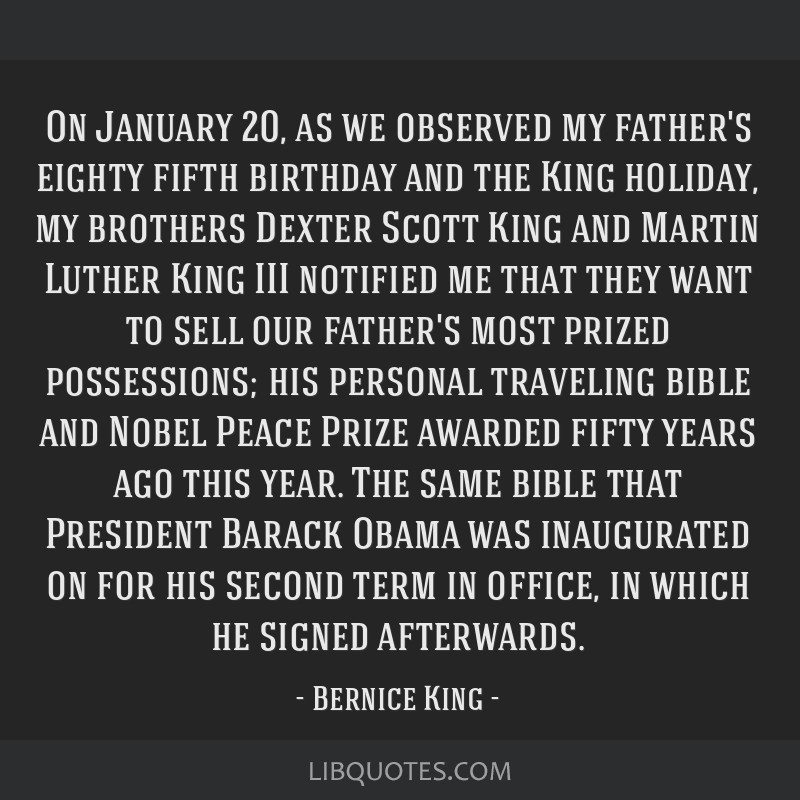 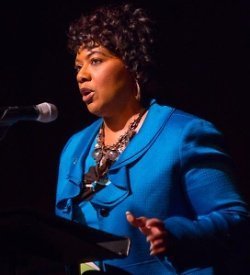