The idea of sovereignty current in the English speaking world of the 1760's was scarcely more than a century old. It had first emerged during the English Civil War, in the early 1640's, and had been established as a canon of Whig political thought in the Revolution of 1688. 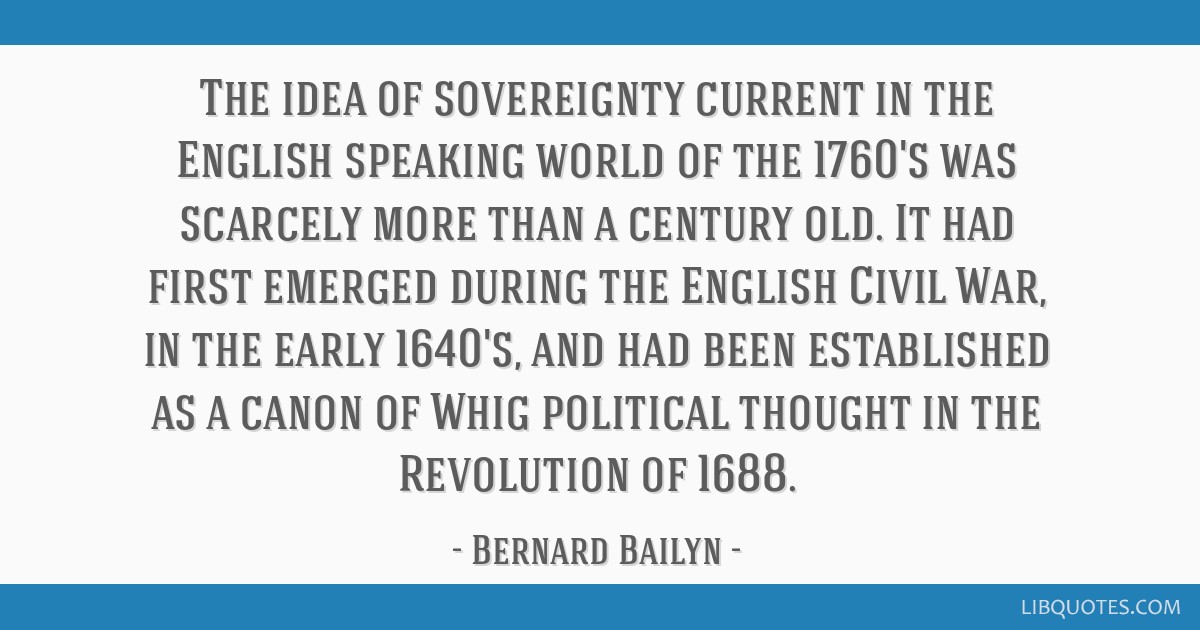 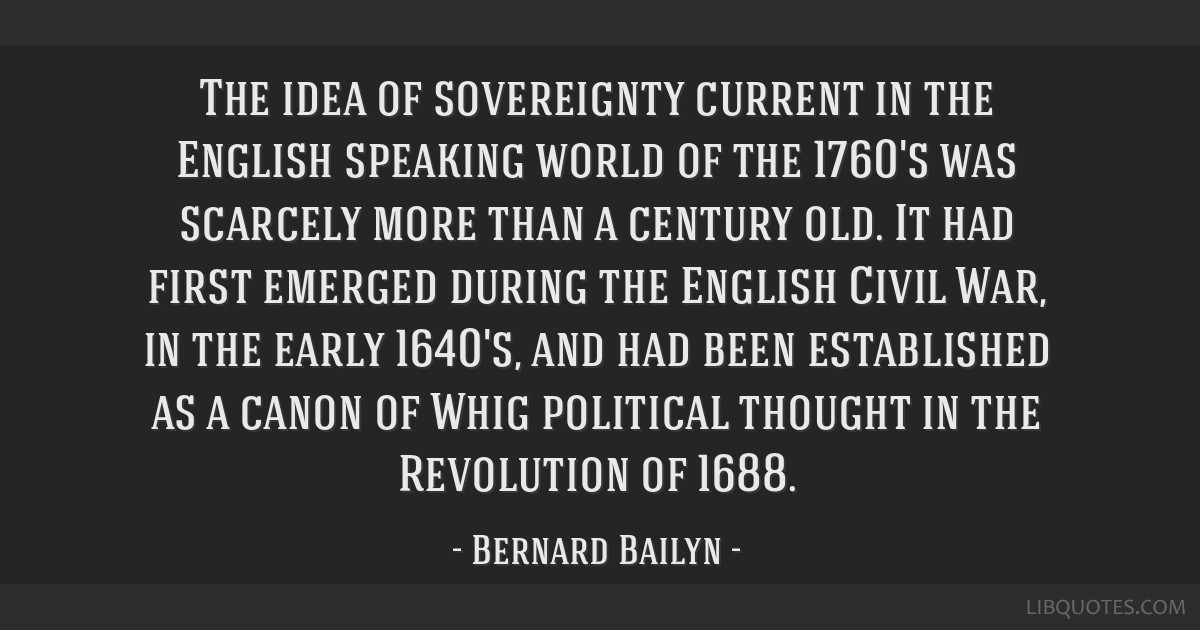 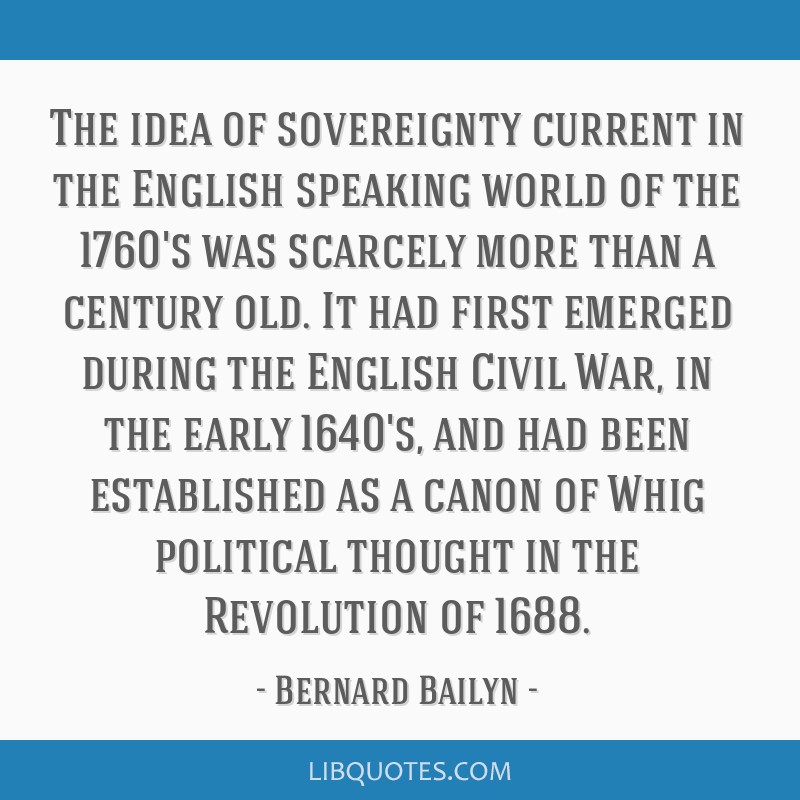 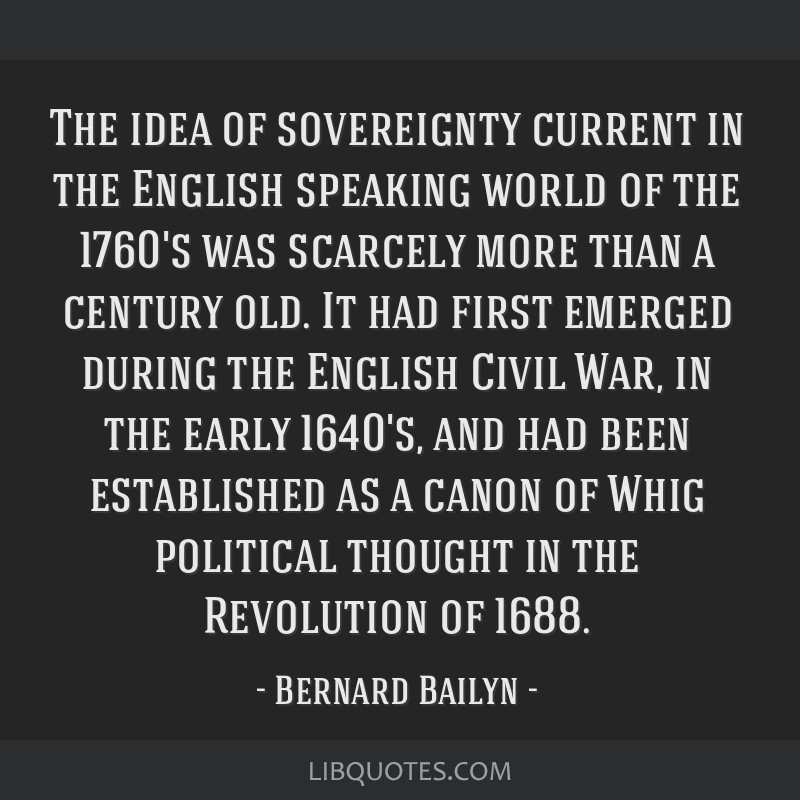