I am startled, occasionally, to find intelligence used as the antithesis of feeling, as though the two played against each other. Nothing could be further from the truth. No intelligent interpretation is lacking in emotional values. What this probably means is that, depending on gifts and degree of maturity, some natures emphasize brain over heart. Where such an imbalance occurs, it must be corrected by conscious and concentrated application to emotional content. If an interpretation is unduly cerebral, liveness and color can be infused into it by attention to whether the theme is now in the right hand, now in the left; whether it is supported by an accompaniment which has significance of its own, or merely hums along. 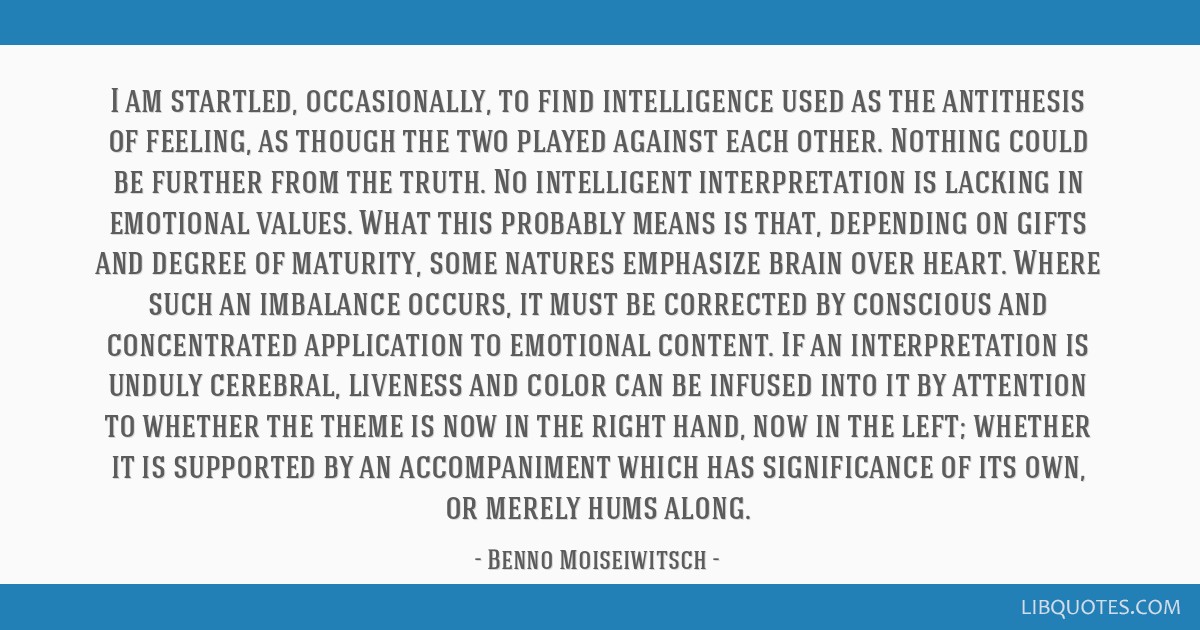 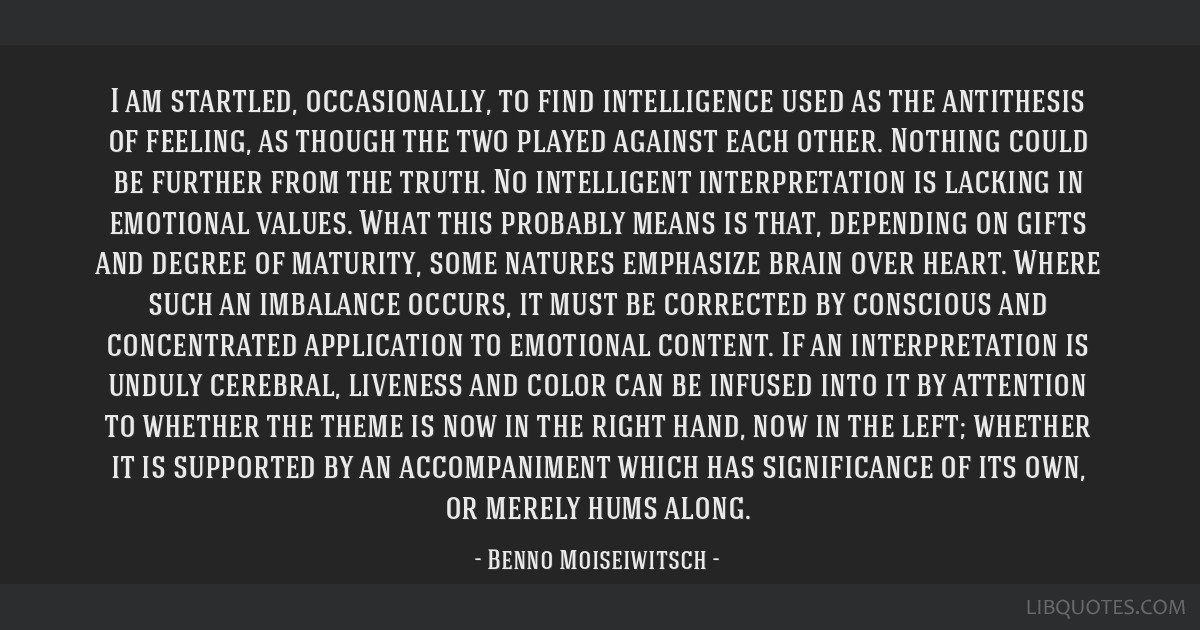 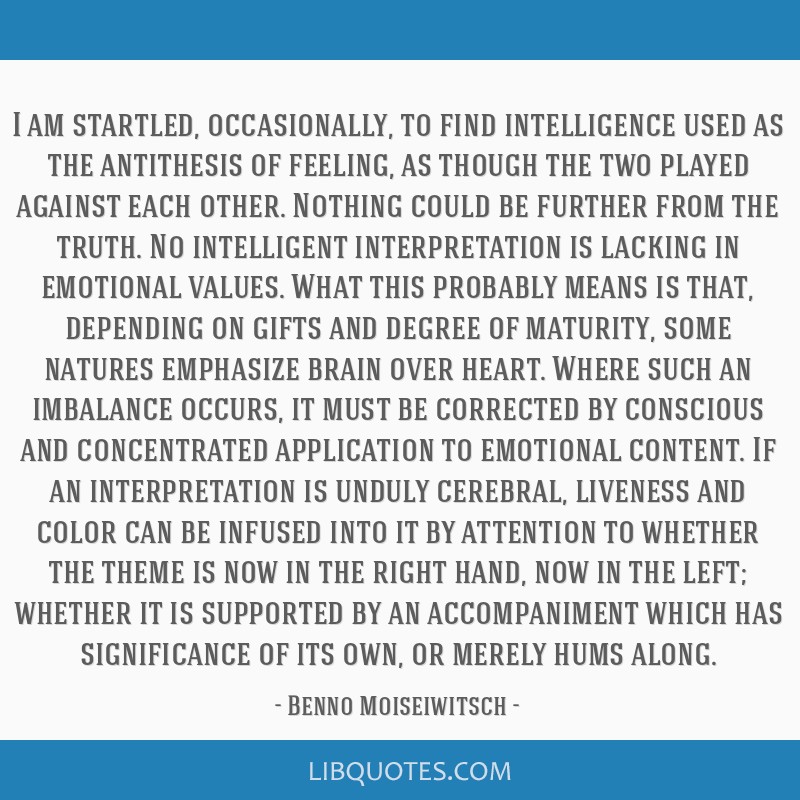 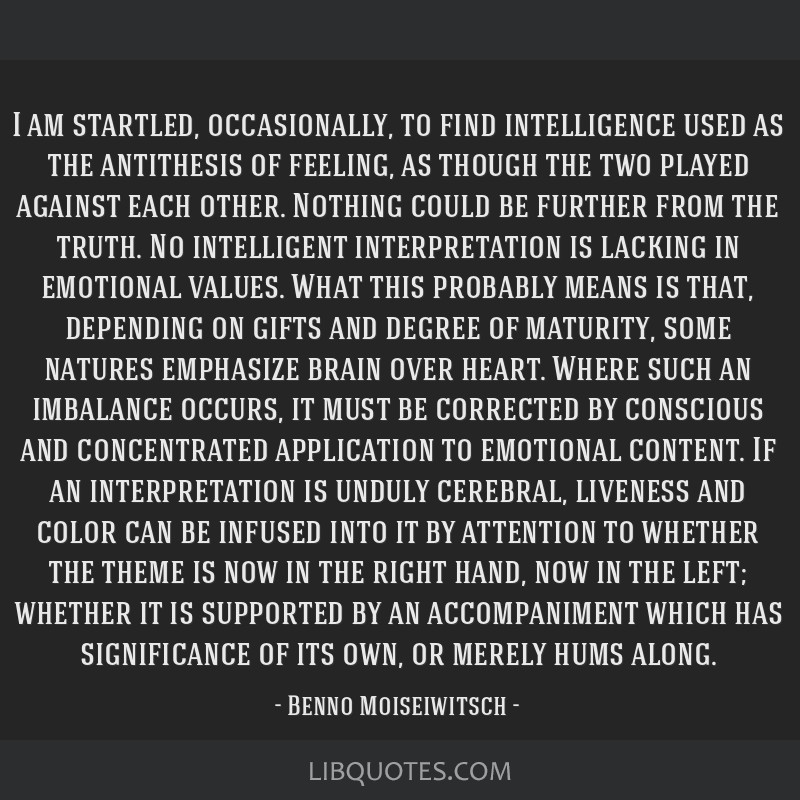