Anarchism is for liberty, and neither for nor against anything else. Anarchy is the mother of co-operation, yes, just as liberty is the mother of order; but, as a matter of definition, liberty is not order nor is Anarchism co-operation. I define Anarchism as the belief in the greatest amount of liberty compatible with equality of liberty; or, in other words, as the belief in every liberty except the liberty to invade. 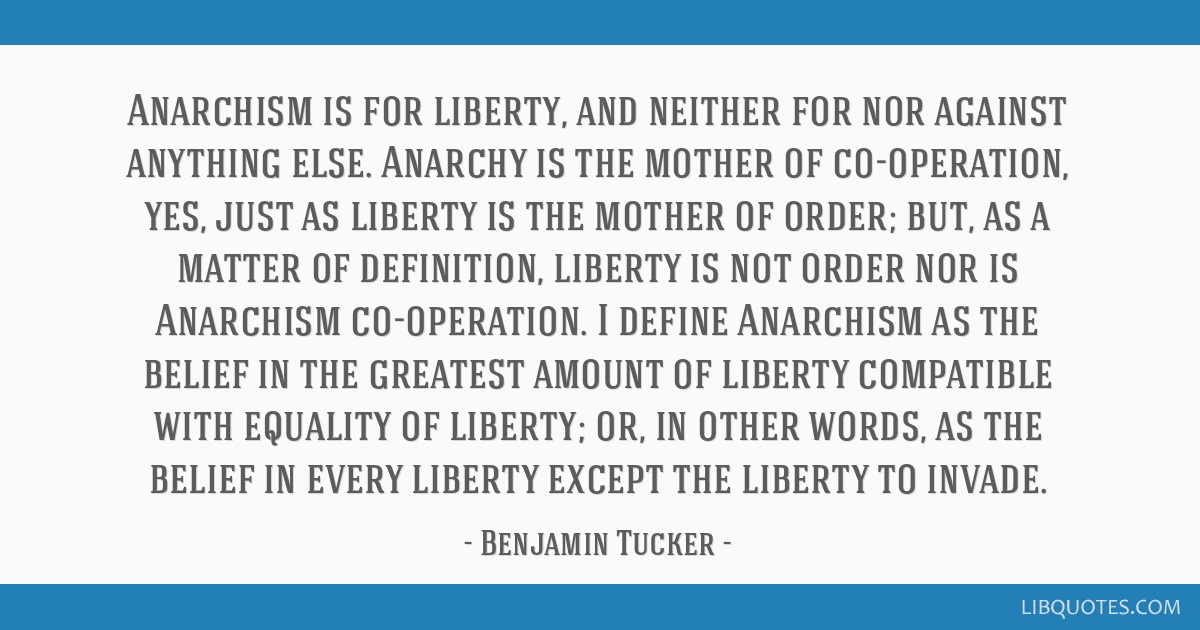 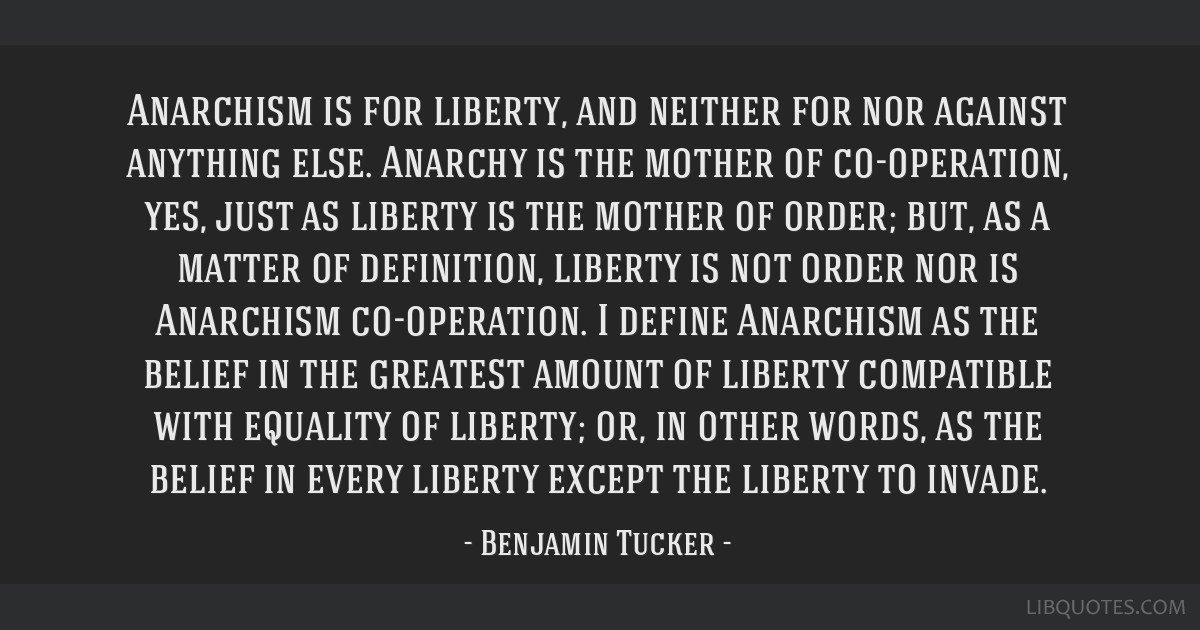 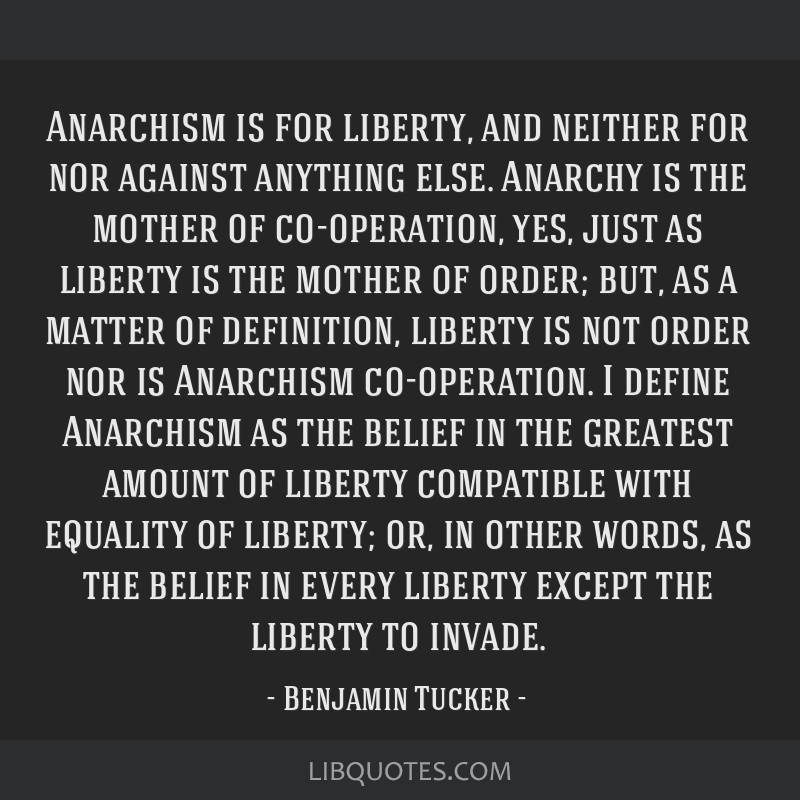 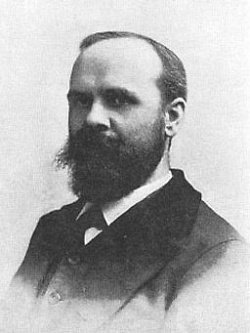