A rational religion is a scientific impossibility... 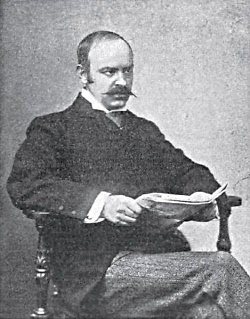 Creative Commons
Born: September 9, 1858
Died: October 2, 1916 (aged 58)
Bio: Benjamin Kidd was a British sociologist whose first job was a civil service clerk, but who, by persistent self-education, became internationally famous by the publication of his book Social Evolution in 1894.
Known for: