If the new Universal History were also read, it would give a connected idea of human affairs, so far as it goes, which should be followed by the best modern histories, particularly of our mother country; then of these colonies; which should be accompanied with observations on their rise, increase, use to Great Britain, encouragements and discouragements, the means to make them flourish, and secure their liberties. 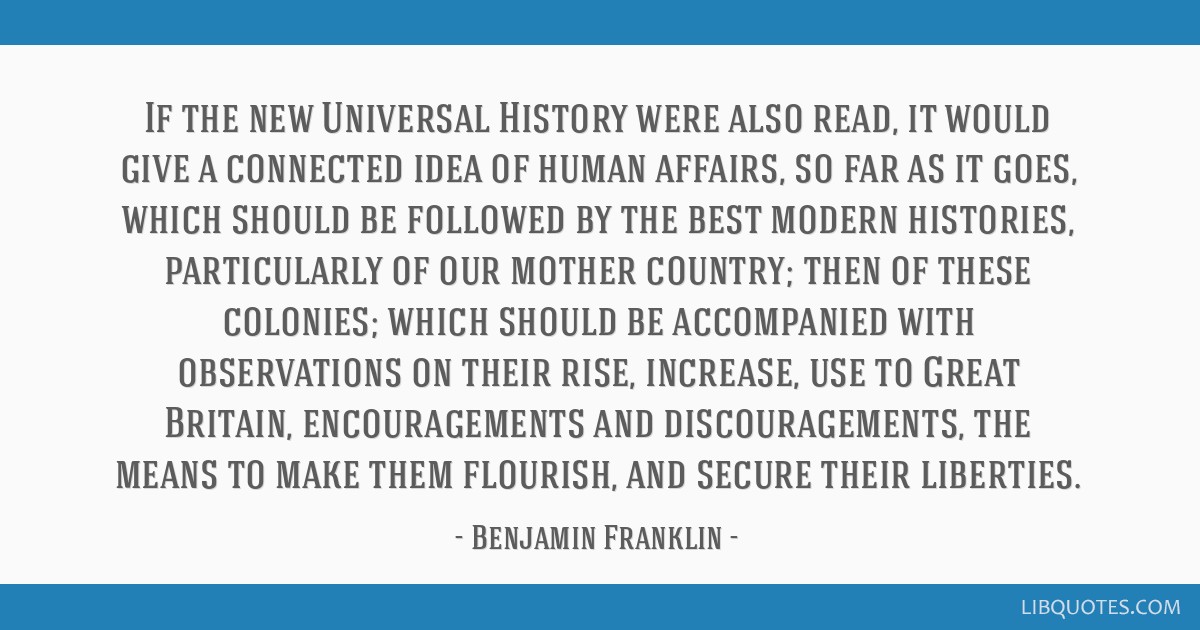 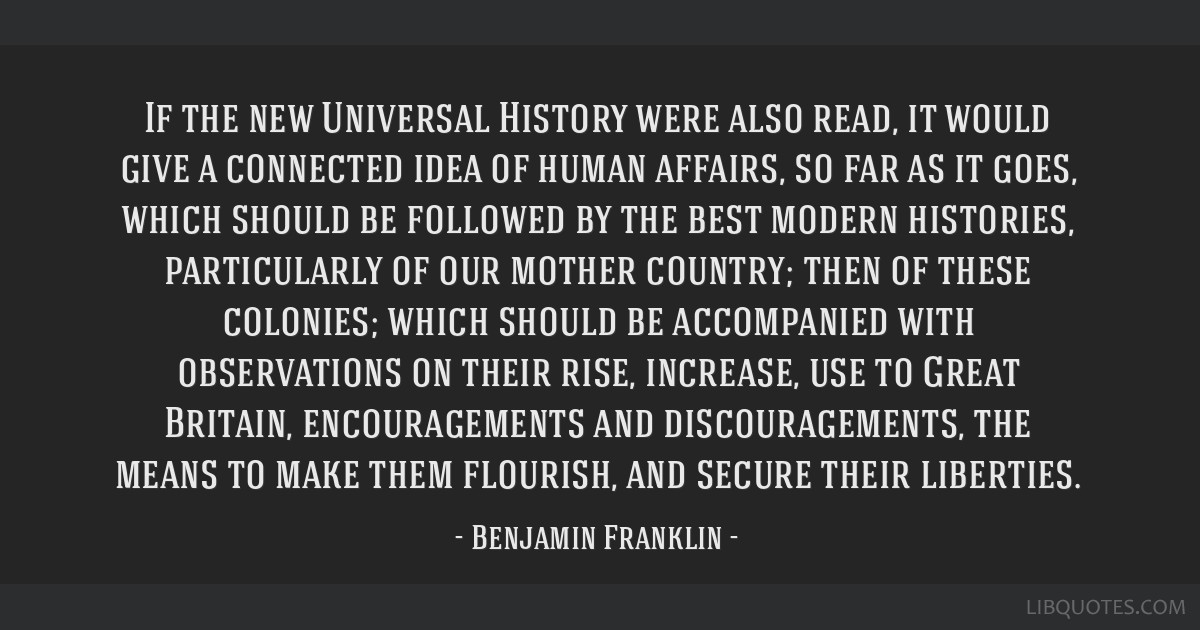 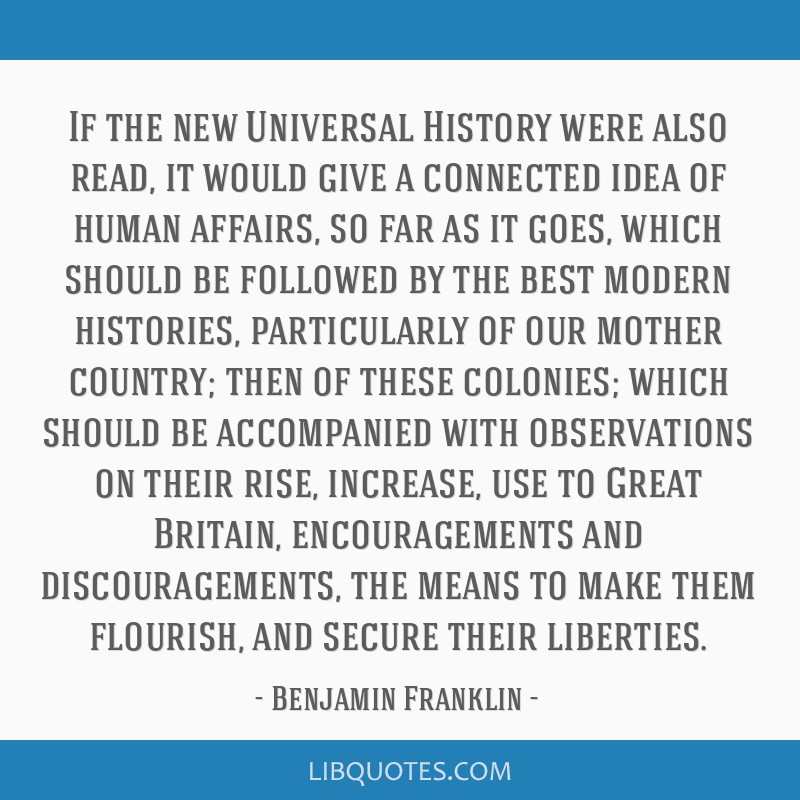 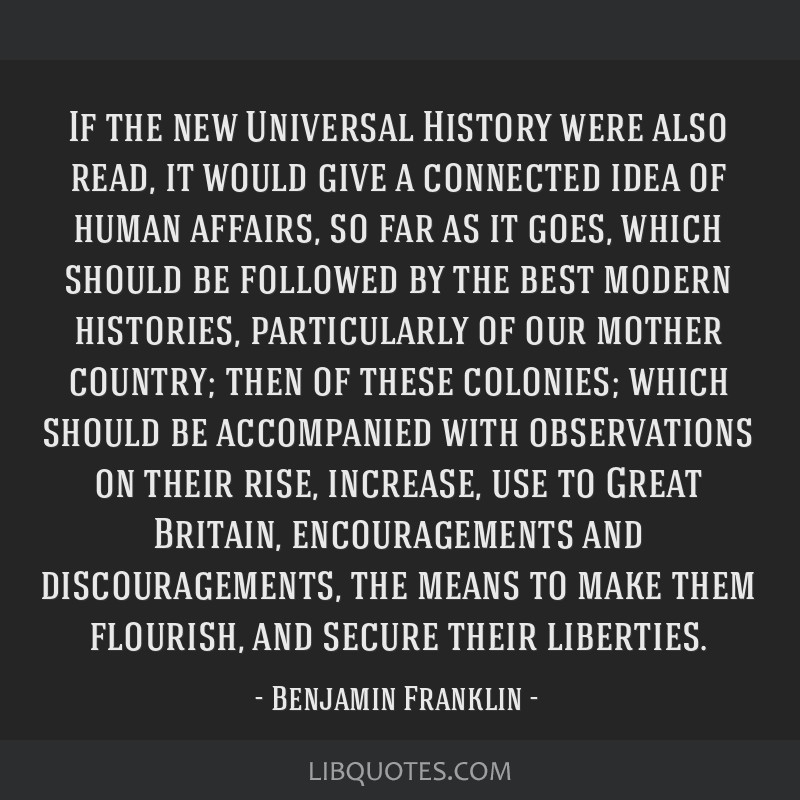 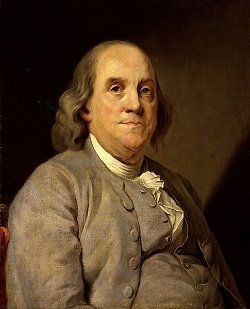