Most of my script-writing friends – I never had more than a handful—took eagerly to the bottle or the analyst's couch, filled their extravagant ménages with threats of suicide, hurled themselves into hysterical amours. And some of them actually died in their forties and fifties. Among these were the witty Herman Mankiewicz and F. Scott Fitzgerald, the fine novelist.

Excerpts: on movies and writers - from "Elegy for Wonderland", by Ben Hecht, Esquire Magazine, March 1959 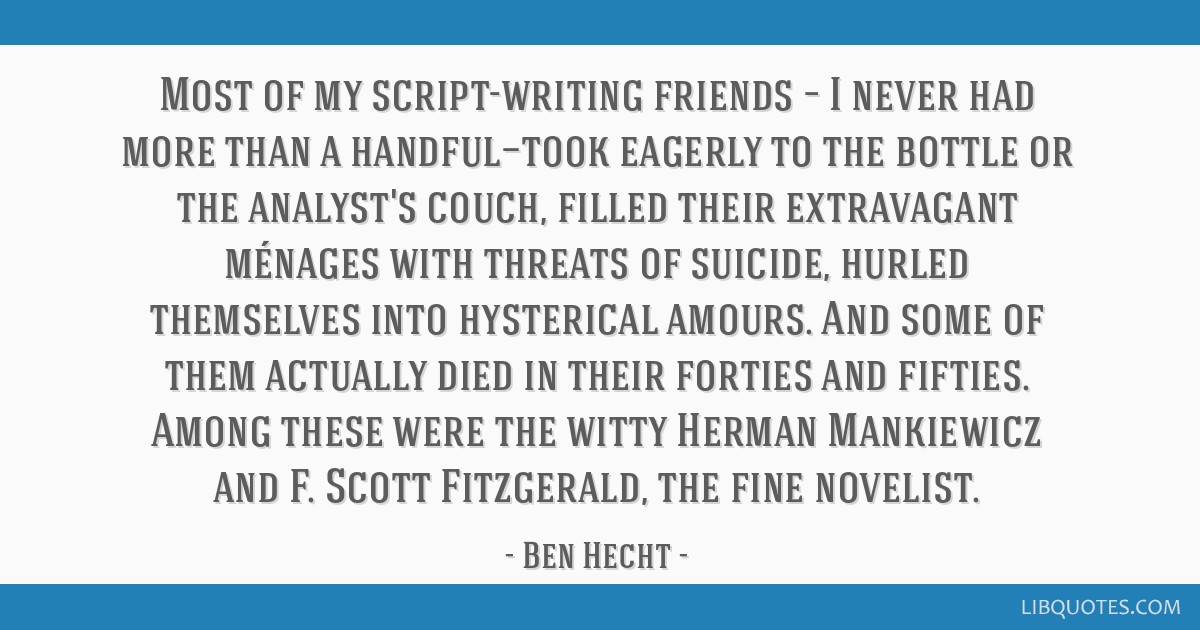 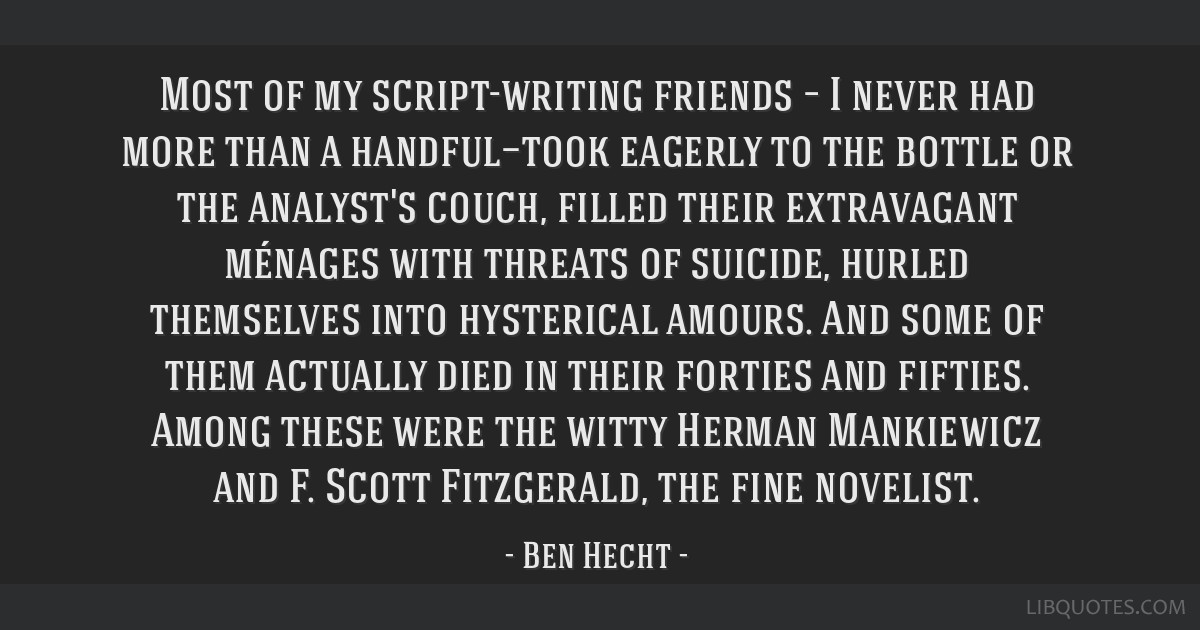 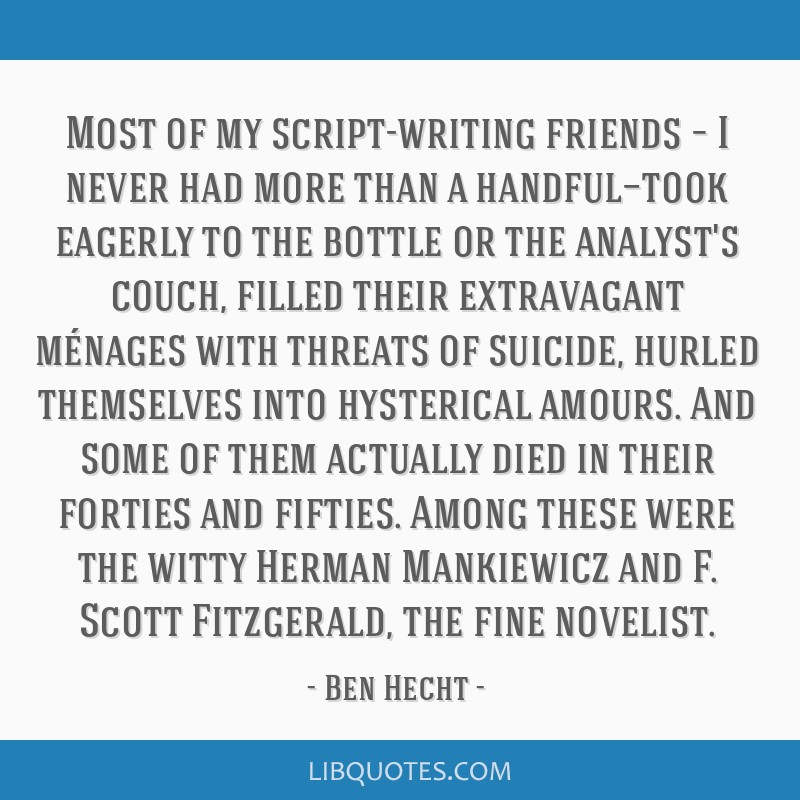 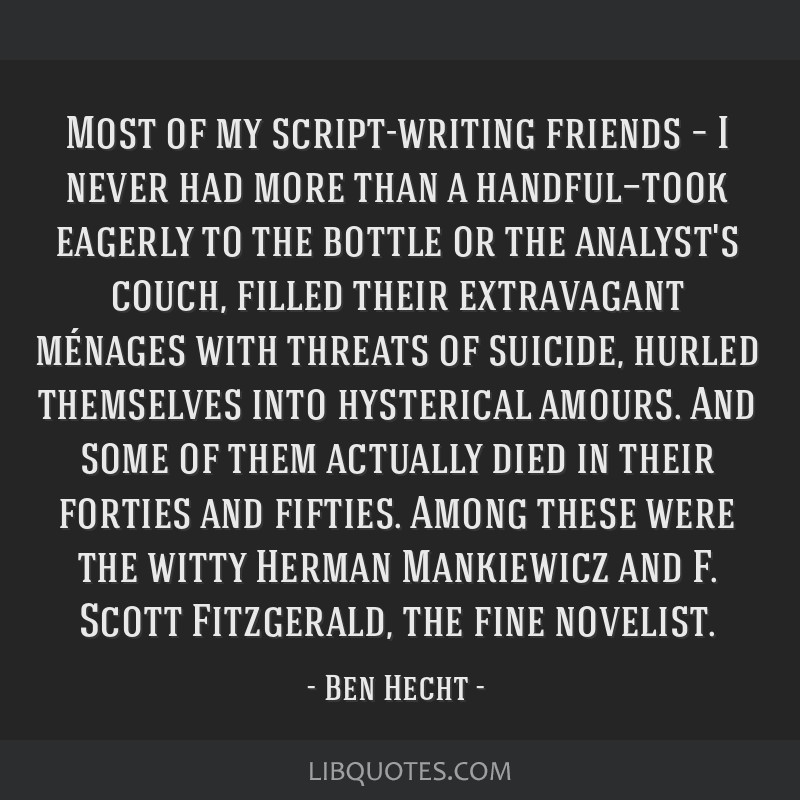 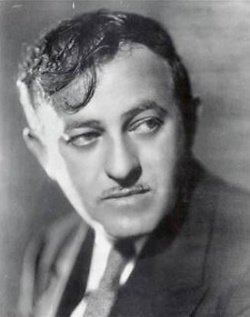