[On Cap & Trade Tax] There's so much revenue that comes in from a cap-and-trade system that you can really go to a person in a congressional district and get enough votes there by saying, 'What do you need? What do you want?'

Barbara Boxer
[On George W. Bush impeachment] "I've always said you that need to keep it on the table and you need to look at these things because now people are dying because of this administration. And, you know, that's what — that's the truth. And they won't change course. They're ignoring the Congress. They keep signing — these signing statements, which mean that he's decided not to enforce the law. This is as close as we've ever come to a dictatorship."

Barbara Boxer
First, there are good people out there; they just don't make so much of a racket. Second, if you don't make waves, then the bad guys don't get washed overboard. And third, nobody bothers to bad-mouth you unless they're afraid of you. So think of it as kind of a compliment. 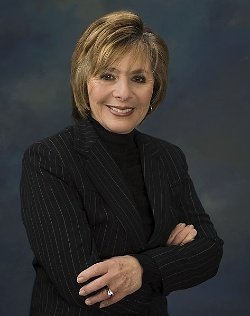 Creative Commons
Born: November 11, 1940 (age 81)
Bio: Barbara Levy Boxer is the junior United States Senator from California. A member of the Democratic Party, she previously served in the U.S. House of Representatives.
Known for: