Israel is surrounded by neighbors that have waged repeated wars against it. Israel's citizens have been killed by rockets fired at their houses and suicide bombs on their buses. Israel's children come of age knowing that throughout the region, other children are taught to hate them. Israel, a small country of less than eight million people, looks out at a world where leaders of much larger nations threaten to wipe it off of the map. The Jewish people carry the burden of centuries of exile, and persecution, and the fresh memory of knowing that six million people were killed simply because of who they are. 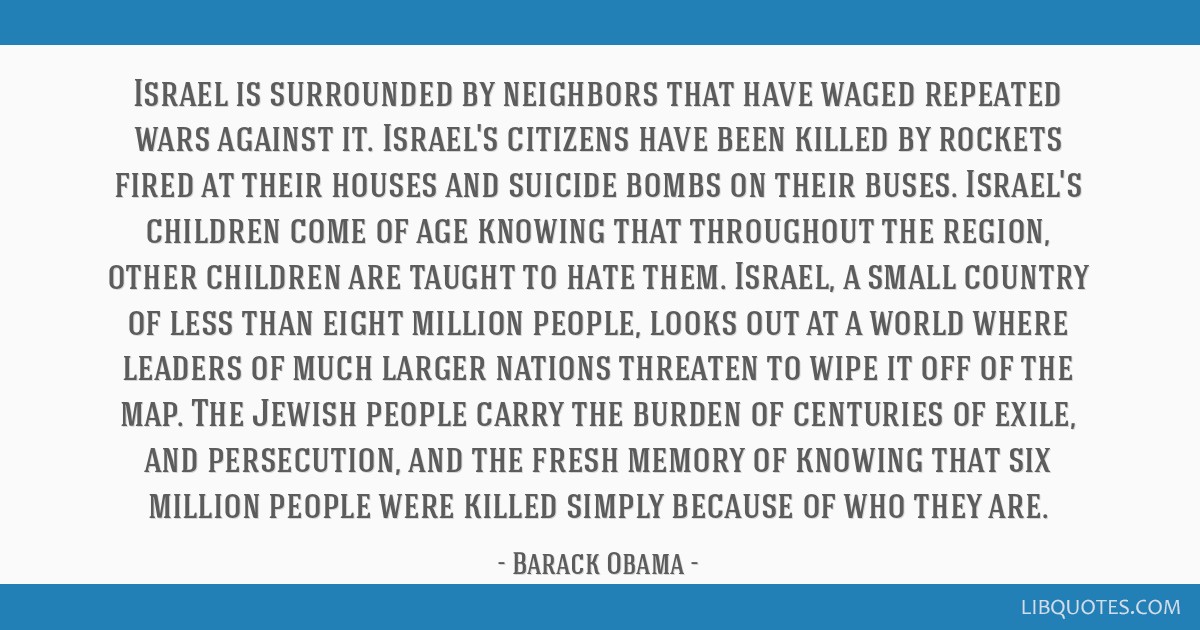 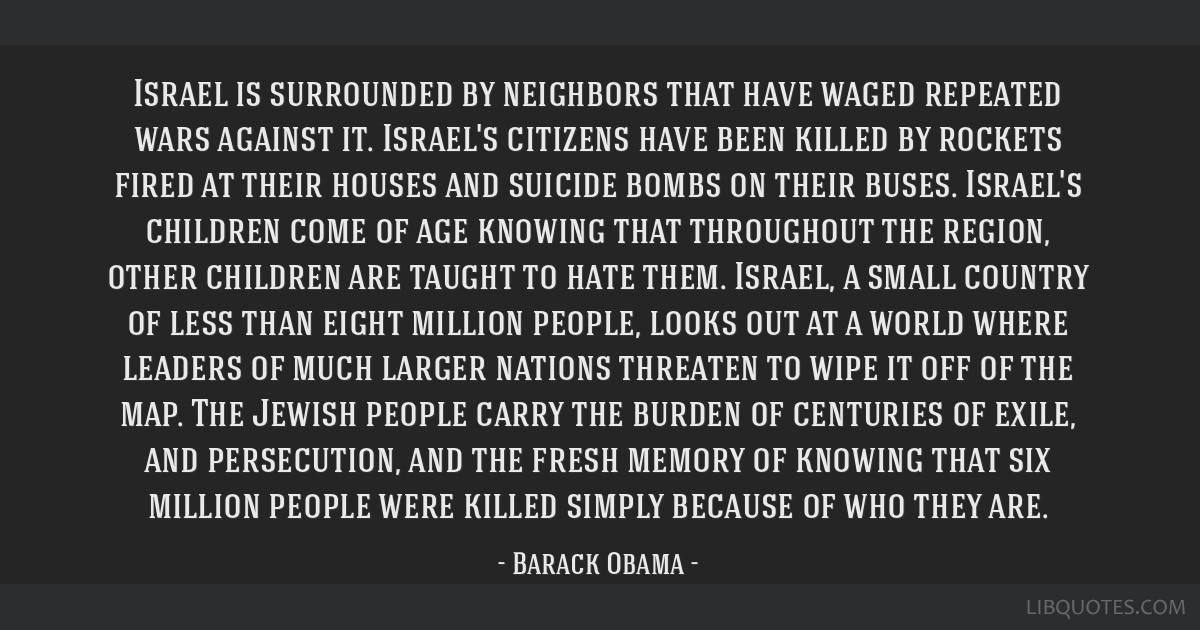 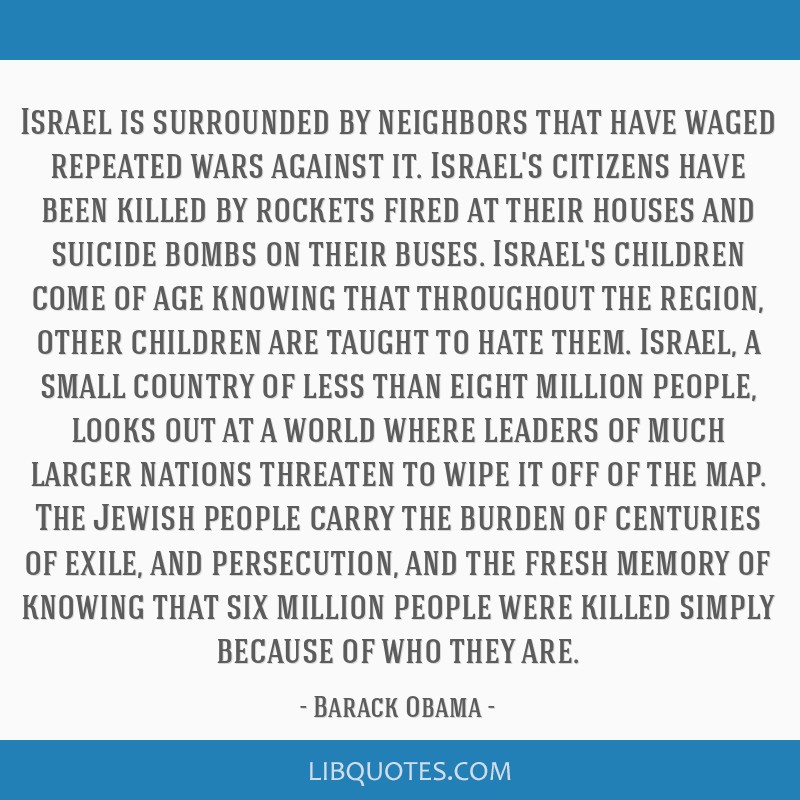 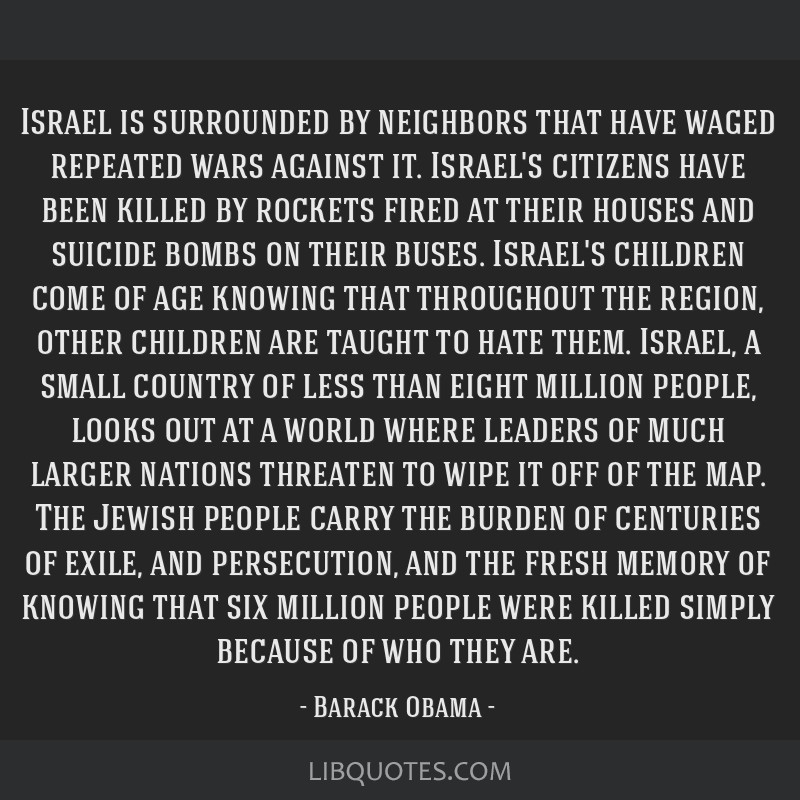