The FBI is still gathering the facts about what happened in San Bernardino, but here is what we know. The victims were brutally murdered and injured by one of their coworkers and his wife. So far, we have no evidence that the killers were directed by a terrorist organization overseas, or that they were part of a broader conspiracy here at home. But it is clear that the two of them had gone down the dark path of radicalization, embracing a perverted interpretation of Islam that calls for war against America and the West. They had stockpiled assault weapons, ammunition, and pipe bombs. So this was an act of terrorism, designed to kill innocent people. 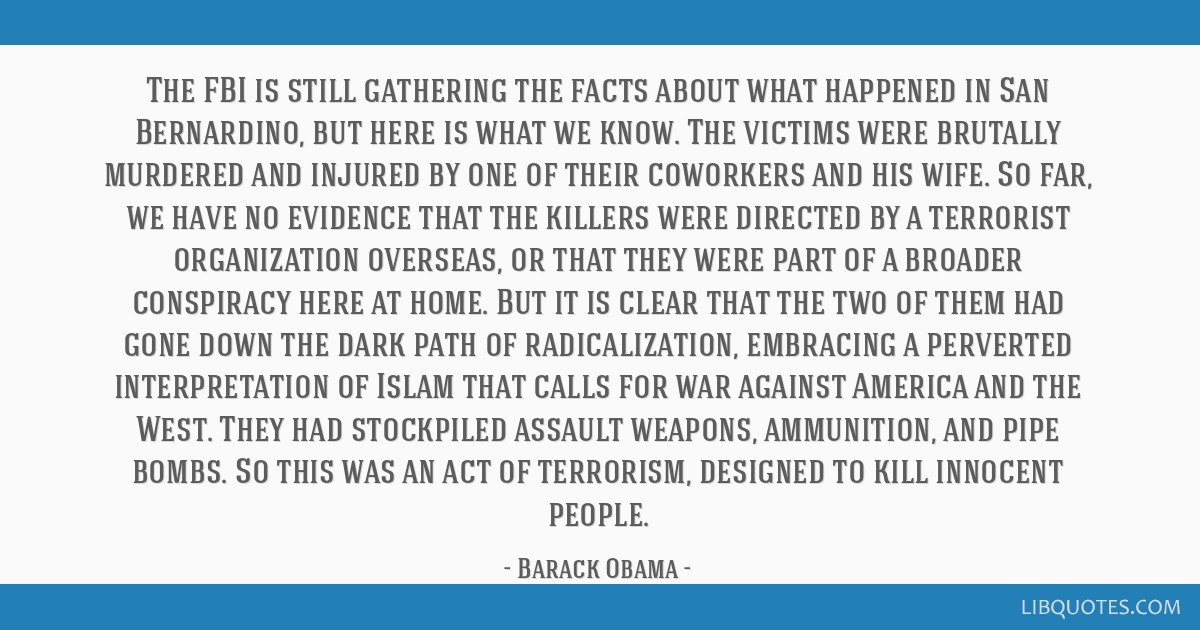 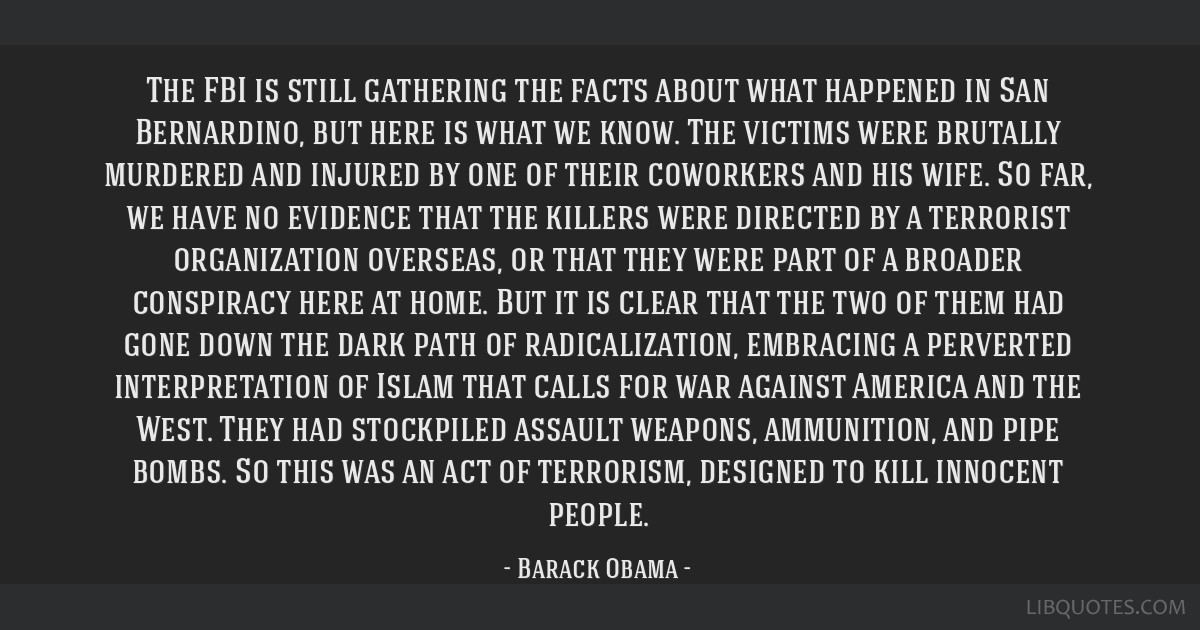 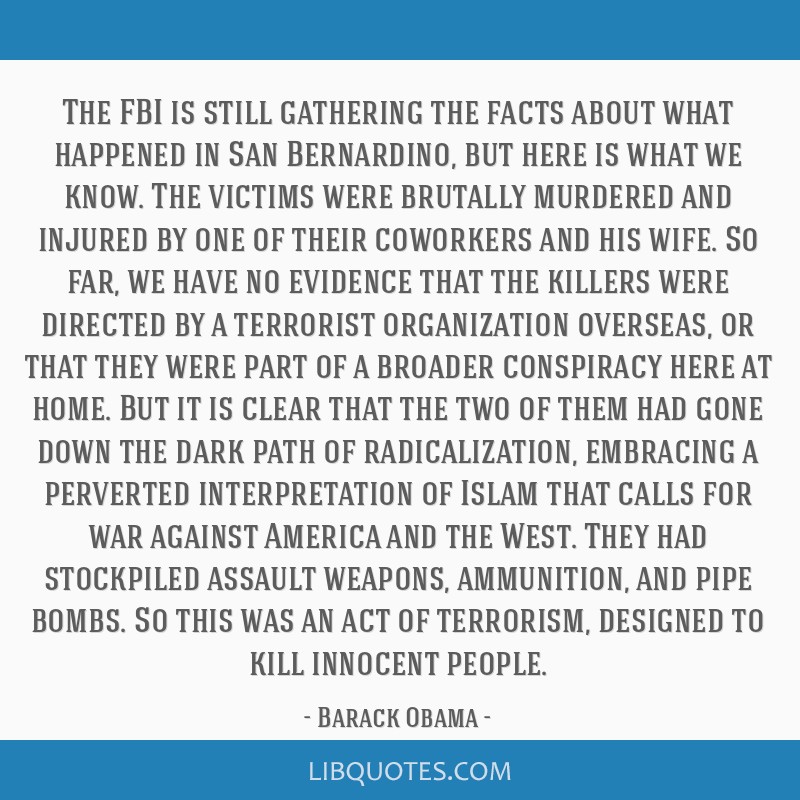 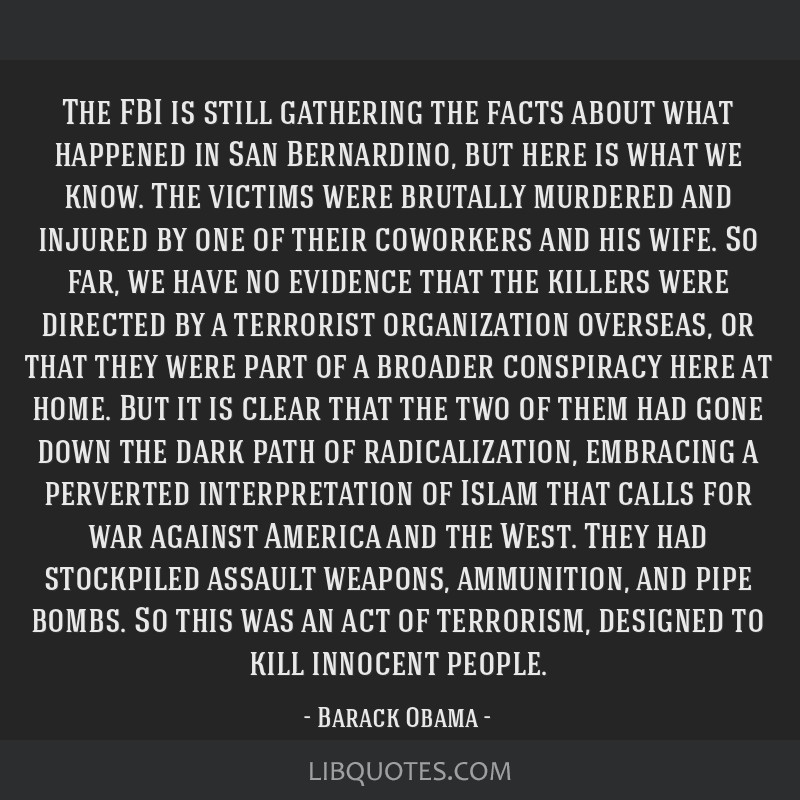