I believe Africa's progress will also depend on democracy, because Africans, like people everywhere, deserve the dignity of being in control of their own lives. We all know what the ingredients of real democracy are. They include free and fair elections, but also freedom of speech and the press, freedom of assembly. These rights are universal. […] And I have to proclaim, democracy is not just formal elections. When journalists are put behind bars for doing their jobs, or activists are threatened as governments crack down on civil society then you may have democracy in name, but not in substance. And I'm convinced that nations cannot realize the full promise of independence until they fully protect the rights of their people. 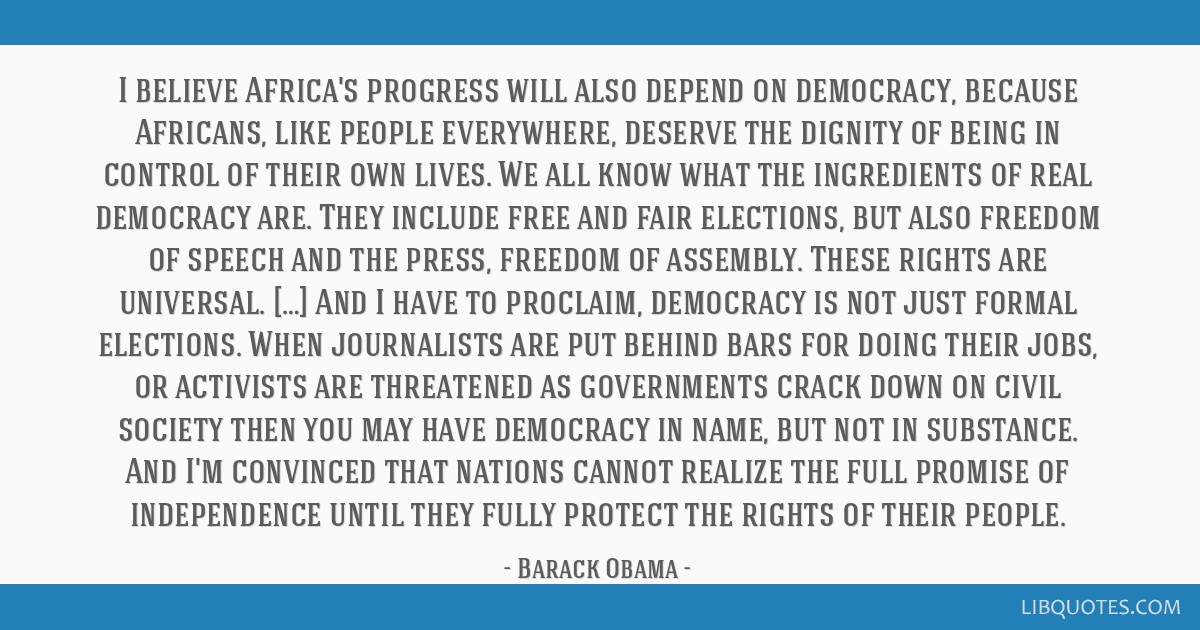 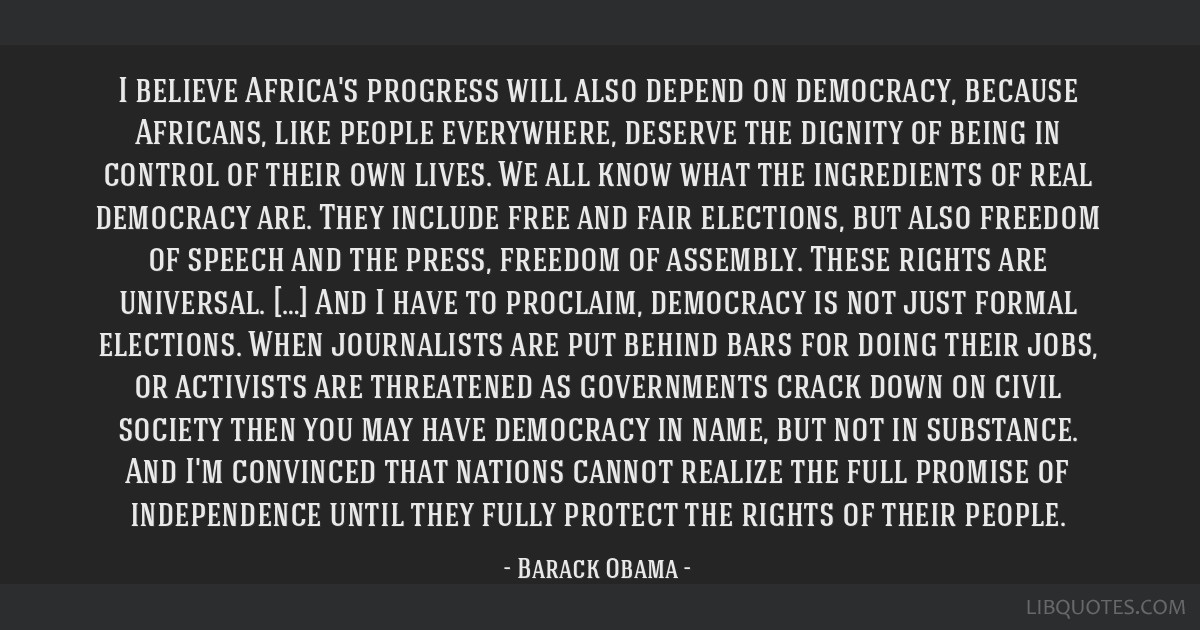