Resistance through violence and killing is wrong and does not succeed. For centuries, black people in America suffered the lash of the whip as slaves and the humiliation of segregation. But it was not violence that won full and equal rights. It was a peaceful and determined insistence upon the ideals at the centre of America's founding. This same story can be told by people from South Africa to South Asia; from Eastern Europe to Indonesia. It's a story with a simple truth: violence is a dead end. It is a sign of neither courage nor power to shoot rockets at sleeping children, or to blow up old women on a bus. That is not how moral authority is claimed; that is how it is surrendered. 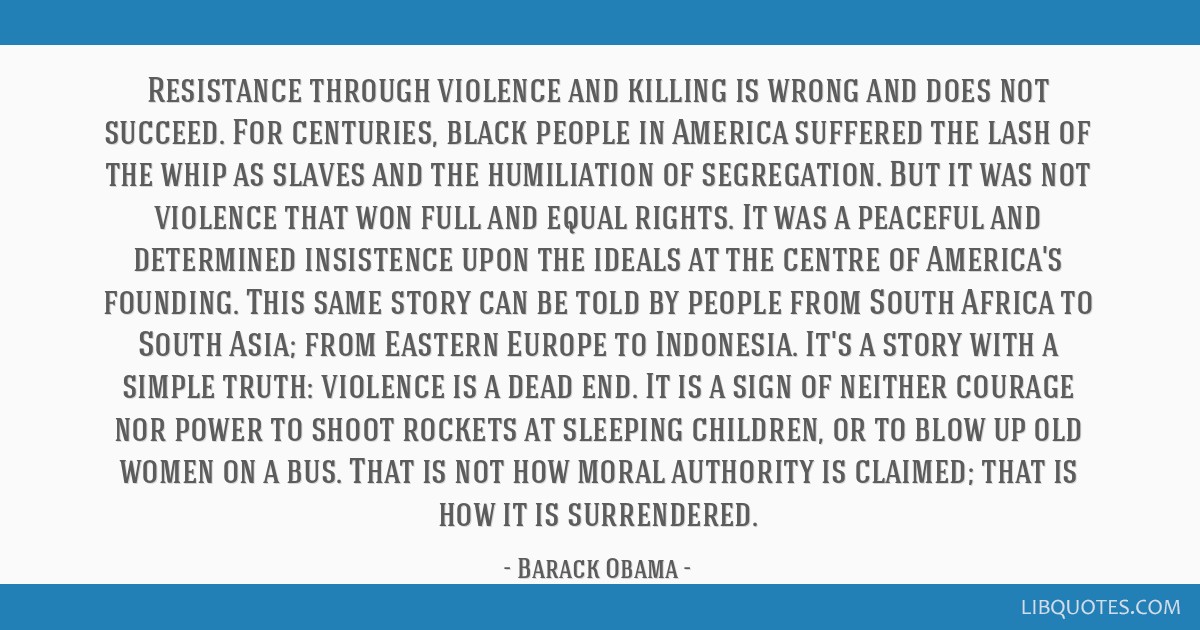 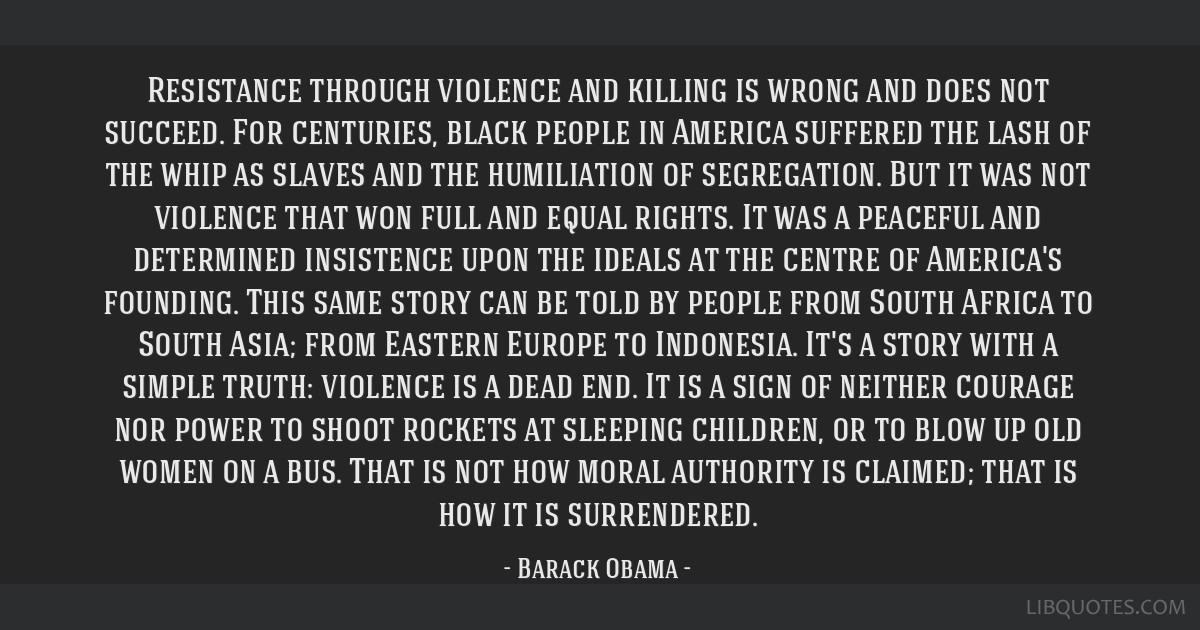 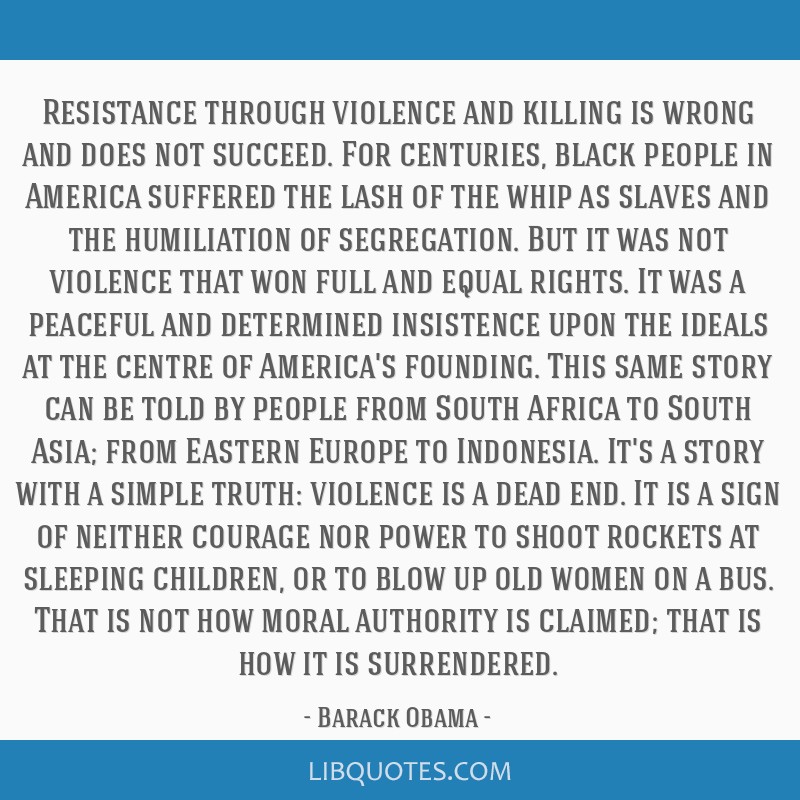 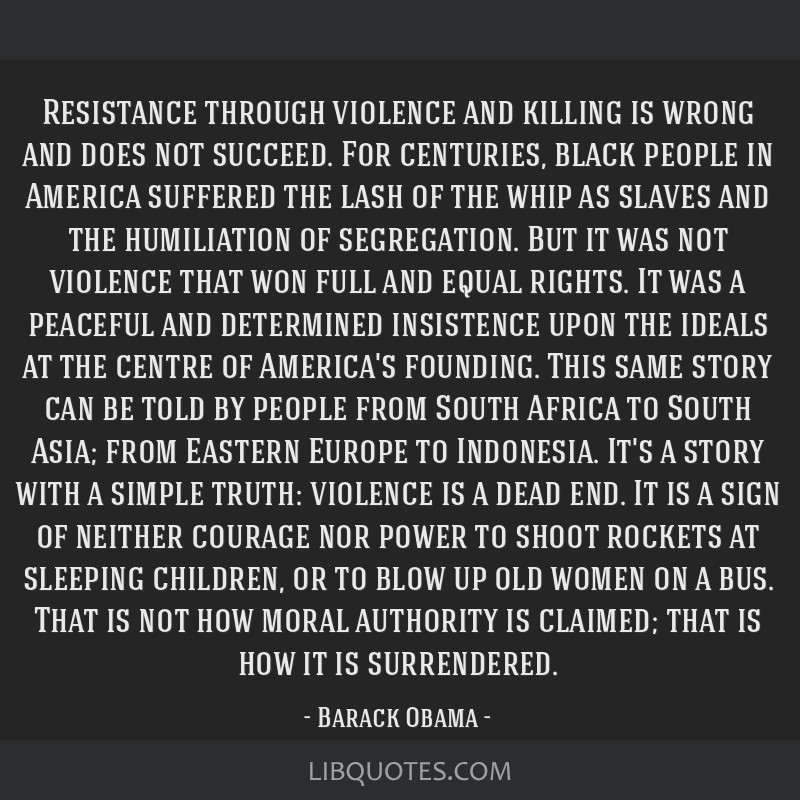