So I have known Islam on three continents before coming to the region where it was first revealed. That experience guides my conviction that partnership between America and Islam must be based on what Islam is, not what it isn't. And I consider it part of my responsibility as President of the United States to fight against negative stereotypes of Islam wherever they appear. 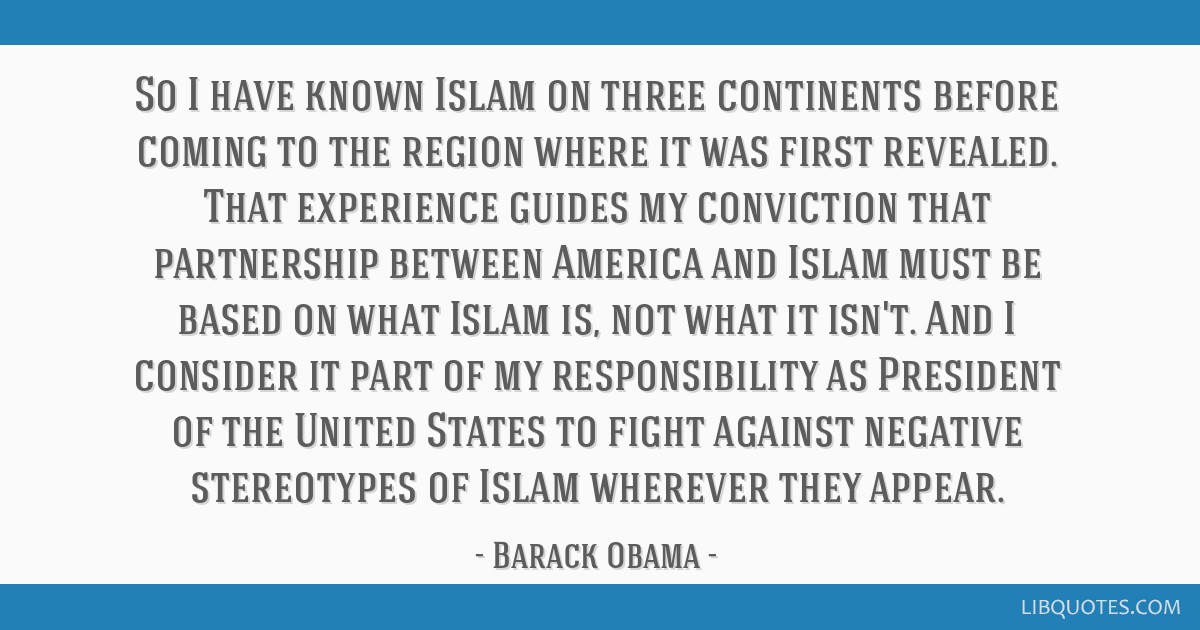 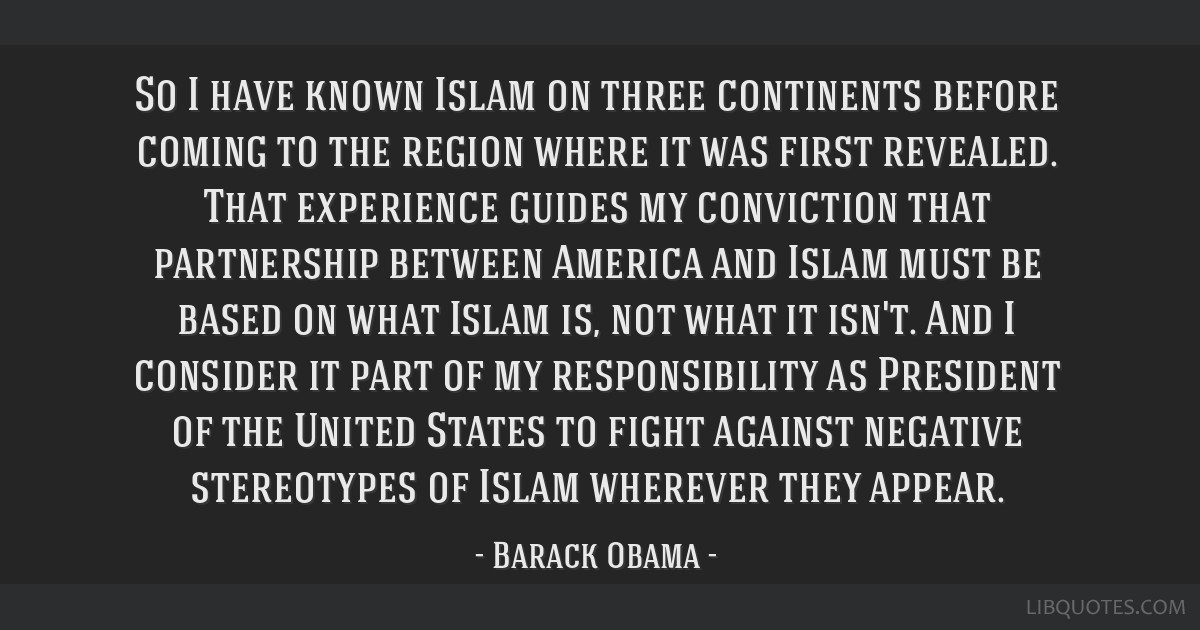 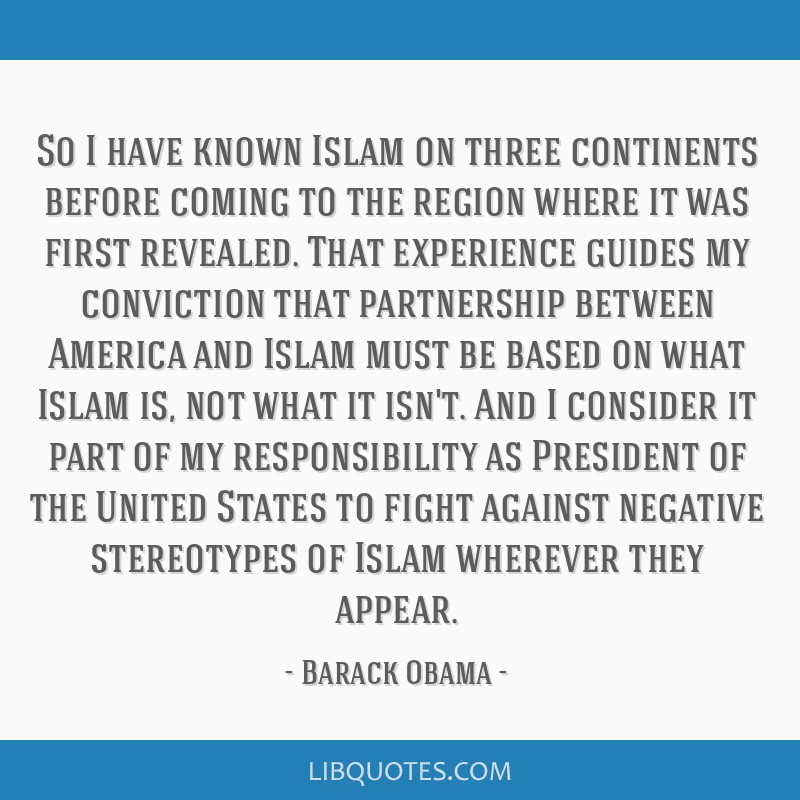 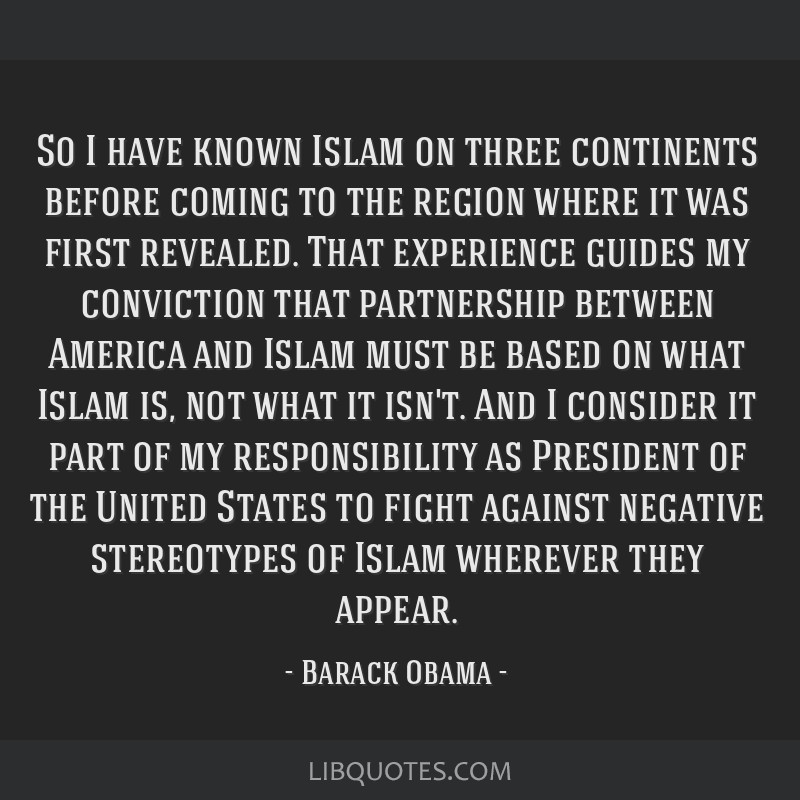